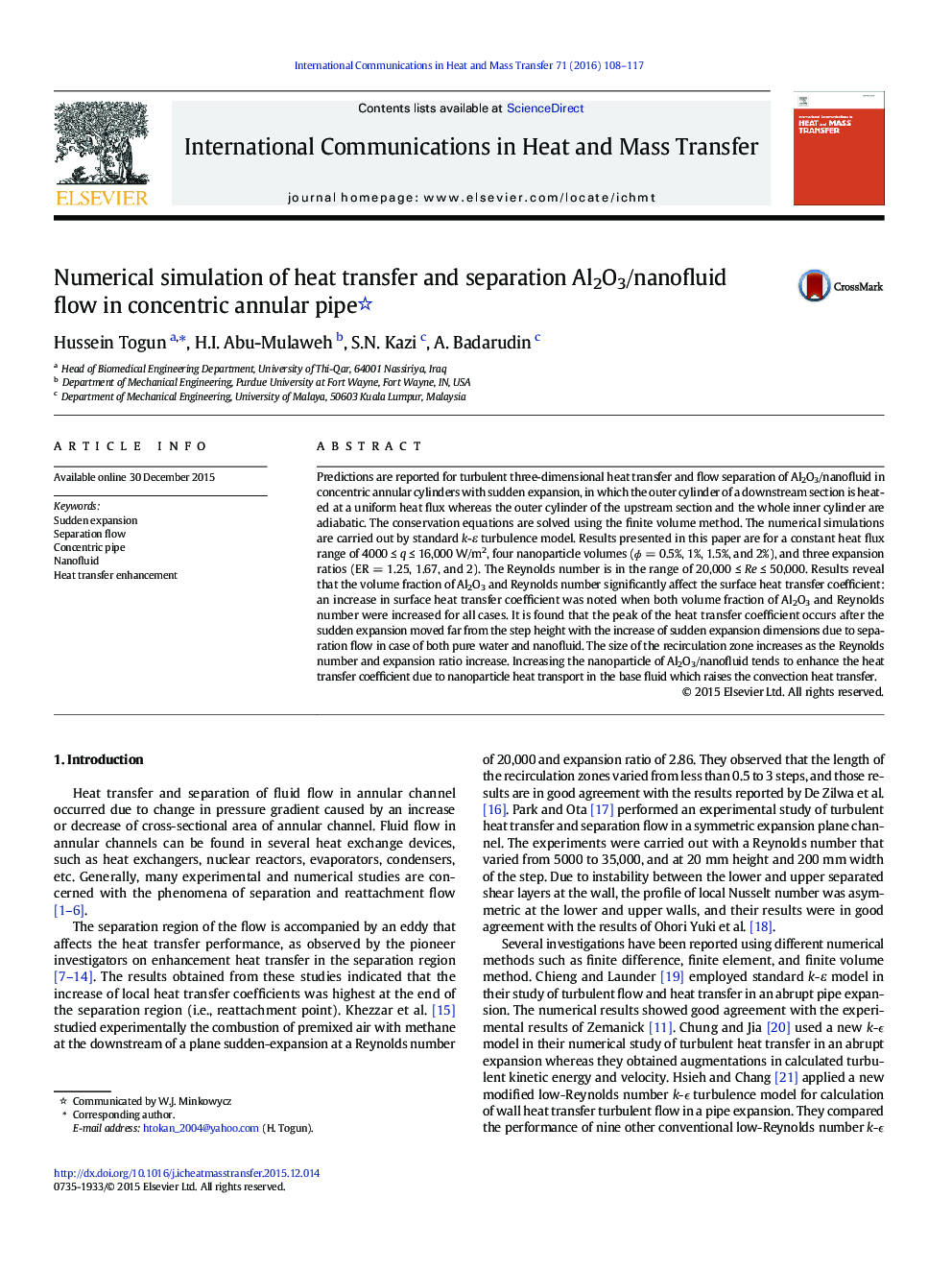 Predictions are reported for turbulent three-dimensional heat transfer and flow separation of Al2O3/nanofluid in concentric annular cylinders with sudden expansion, in which the outer cylinder of a downstream section is heated at a uniform heat flux whereas the outer cylinder of the upstream section and the whole inner cylinder are adiabatic. The conservation equations are solved using the finite volume method. The numerical simulations are carried out by standard k-ε turbulence model. Results presented in this paper are for a constant heat flux range of 4000 ≤ q ≤ 16,000 W/m2, four nanoparticle volumes (ɸ = 0.5%, 1%, 1.5%, and 2%), and three expansion ratios (ER = 1.25, 1.67, and 2). The Reynolds number is in the range of 20,000 ≤ Re ≤ 50,000. Results reveal that the volume fraction of Al2O3 and Reynolds number significantly affect the surface heat transfer coefficient: an increase in surface heat transfer coefficient was noted when both volume fraction of Al2O3 and Reynolds number were increased for all cases. It is found that the peak of the heat transfer coefficient occurs after the sudden expansion moved far from the step height with the increase of sudden expansion dimensions due to separation flow in case of both pure water and nanofluid. The size of the recirculation zone increases as the Reynolds number and expansion ratio increase. Increasing the nanoparticle of Al2O3/nanofluid tends to enhance the heat transfer coefficient due to nanoparticle heat transport in the base fluid which raises the convection heat transfer.