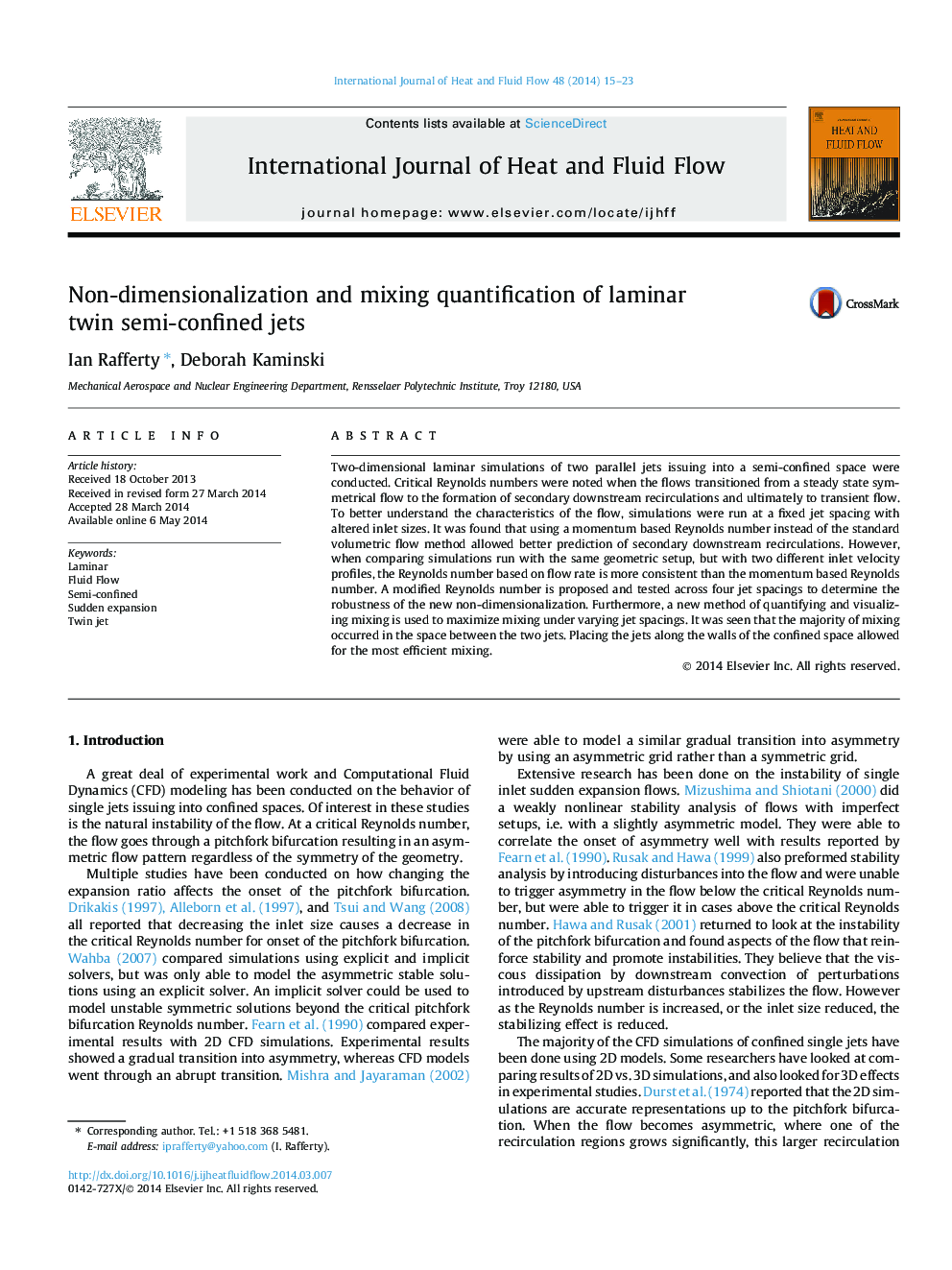 Two-dimensional laminar simulations of two parallel jets issuing into a semi-confined space were conducted. Critical Reynolds numbers were noted when the flows transitioned from a steady state symmetrical flow to the formation of secondary downstream recirculations and ultimately to transient flow. To better understand the characteristics of the flow, simulations were run at a fixed jet spacing with altered inlet sizes. It was found that using a momentum based Reynolds number instead of the standard volumetric flow method allowed better prediction of secondary downstream recirculations. However, when comparing simulations run with the same geometric setup, but with two different inlet velocity profiles, the Reynolds number based on flow rate is more consistent than the momentum based Reynolds number. A modified Reynolds number is proposed and tested across four jet spacings to determine the robustness of the new non-dimensionalization. Furthermore, a new method of quantifying and visualizing mixing is used to maximize mixing under varying jet spacings. It was seen that the majority of mixing occurred in the space between the two jets. Placing the jets along the walls of the confined space allowed for the most efficient mixing.