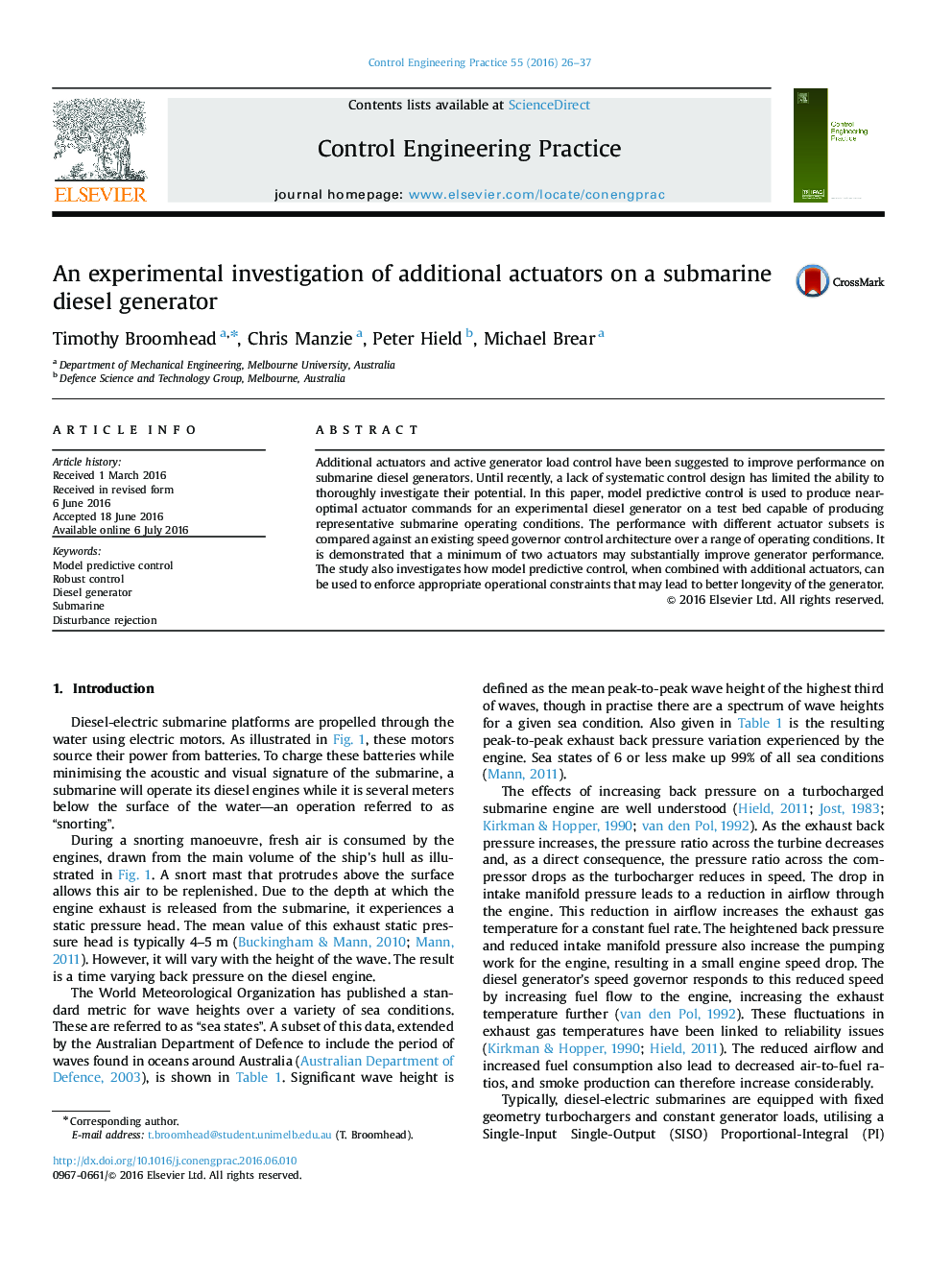 Additional actuators and active generator load control have been suggested to improve performance on submarine diesel generators. Until recently, a lack of systematic control design has limited the ability to thoroughly investigate their potential. In this paper, model predictive control is used to produce near-optimal actuator commands for an experimental diesel generator on a test bed capable of producing representative submarine operating conditions. The performance with different actuator subsets is compared against an existing speed governor control architecture over a range of operating conditions. It is demonstrated that a minimum of two actuators may substantially improve generator performance. The study also investigates how model predictive control, when combined with additional actuators, can be used to enforce appropriate operational constraints that may lead to better longevity of the generator.