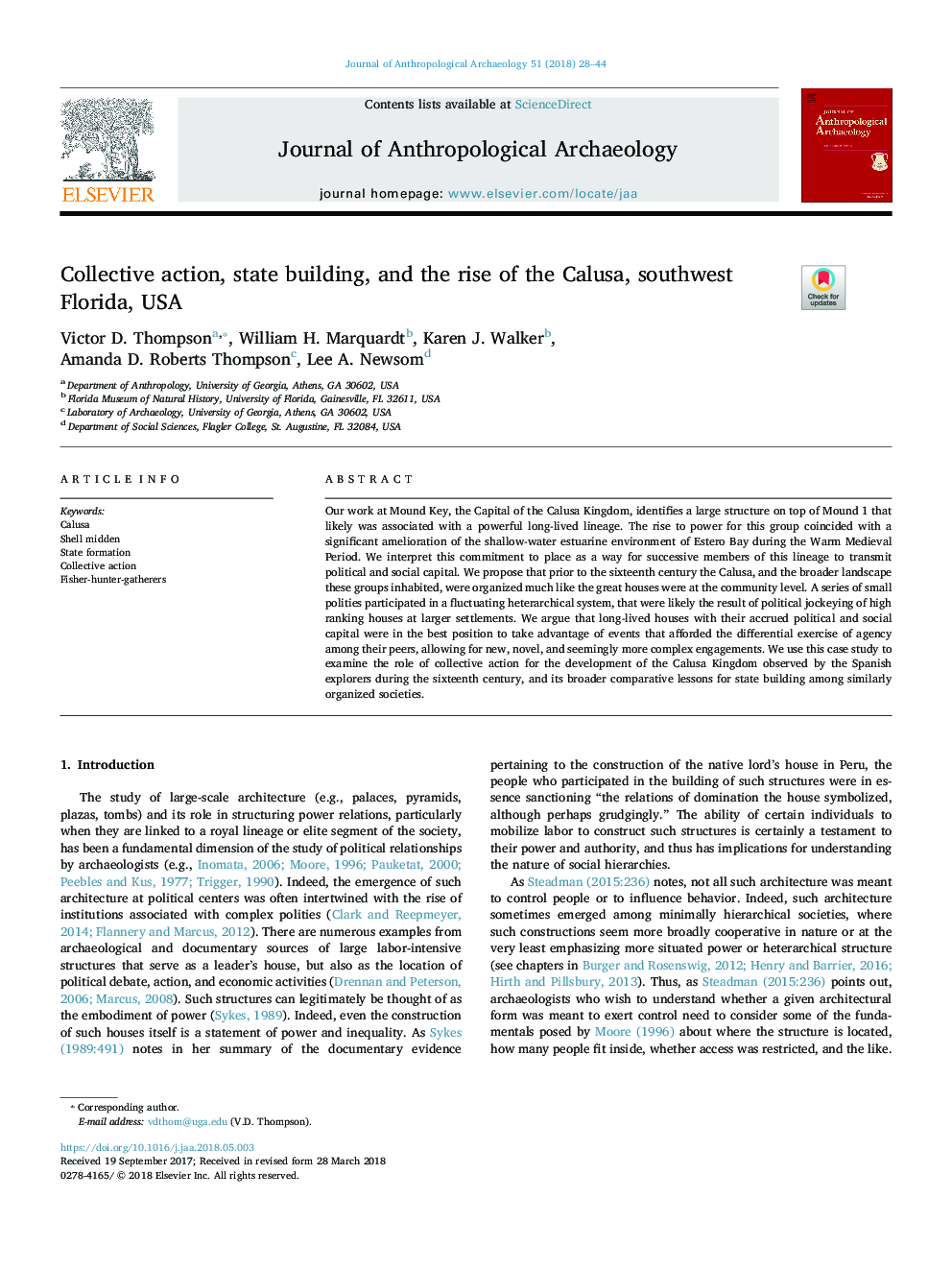 چکیده انگلیسی
Our work at Mound Key, the Capital of the Calusa Kingdom, identifies a large structure on top of Mound 1 that likely was associated with a powerful long-lived lineage. The rise to power for this group coincided with a significant amelioration of the shallow-water estuarine environment of Estero Bay during the Warm Medieval Period. We interpret this commitment to place as a way for successive members of this lineage to transmit political and social capital. We propose that prior to the sixteenth century the Calusa, and the broader landscape these groups inhabited, were organized much like the great houses were at the community level. A series of small polities participated in a fluctuating heterarchical system, that were likely the result of political jockeying of high ranking houses at larger settlements. We argue that long-lived houses with their accrued political and social capital were in the best position to take advantage of events that afforded the differential exercise of agency among their peers, allowing for new, novel, and seemingly more complex engagements. We use this case study to examine the role of collective action for the development of the Calusa Kingdom observed by the Spanish explorers during the sixteenth century, and its broader comparative lessons for state building among similarly organized societies.
ناشر
Database: Elsevier - ScienceDirect (ساینس دایرکت)
Journal: Journal of Anthropological Archaeology - Volume 51, September 2018, Pages 28-44
نویسندگان
Victor D. Thompson, William H. Marquardt, Karen J. Walker, Amanda D. Roberts Thompson, Lee A. Newsom,
دانلود مقاله + سفارش ترجمه
دانلود مقاله ISI انگلیسی
رایگان برای ایرانیان
سفارش ترجمه تخصصی
با تضمین قیمت و کیفیت
منتشر شده در