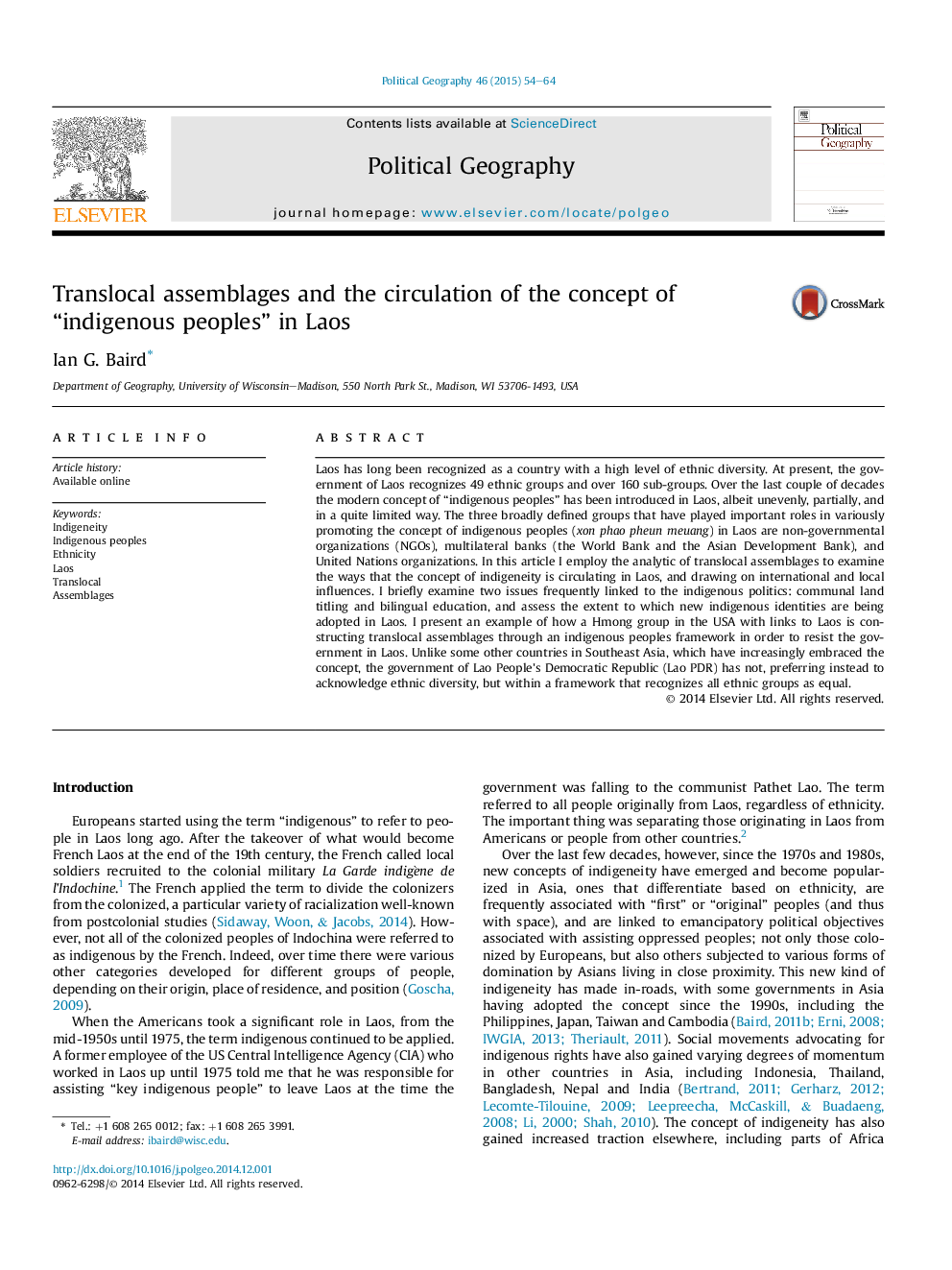 چکیده انگلیسی
Laos has long been recognized as a country with a high level of ethnic diversity. At present, the government of Laos recognizes 49 ethnic groups and over 160 sub-groups. Over the last couple of decades the modern concept of “indigenous peoples” has been introduced in Laos, albeit unevenly, partially, and in a quite limited way. The three broadly defined groups that have played important roles in variously promoting the concept of indigenous peoples (xon phao pheun meuang) in Laos are non-governmental organizations (NGOs), multilateral banks (the World Bank and the Asian Development Bank), and United Nations organizations. In this article I employ the analytic of translocal assemblages to examine the ways that the concept of indigeneity is circulating in Laos, and drawing on international and local influences. I briefly examine two issues frequently linked to the indigenous politics: communal land titling and bilingual education, and assess the extent to which new indigenous identities are being adopted in Laos. I present an example of how a Hmong group in the USA with links to Laos is constructing translocal assemblages through an indigenous peoples framework in order to resist the government in Laos. Unlike some other countries in Southeast Asia, which have increasingly embraced the concept, the government of Lao People's Democratic Republic (Lao PDR) has not, preferring instead to acknowledge ethnic diversity, but within a framework that recognizes all ethnic groups as equal.
ناشر
Database: Elsevier - ScienceDirect (ساینس دایرکت)
Journal: Political Geography - Volume 46, May 2015, Pages 54-64
نویسندگان
Ian G. Baird,
دانلود مقاله + سفارش ترجمه
دانلود مقاله ISI انگلیسی
رایگان برای ایرانیان
سفارش ترجمه تخصصی
با تضمین قیمت و کیفیت
منتشر شده در