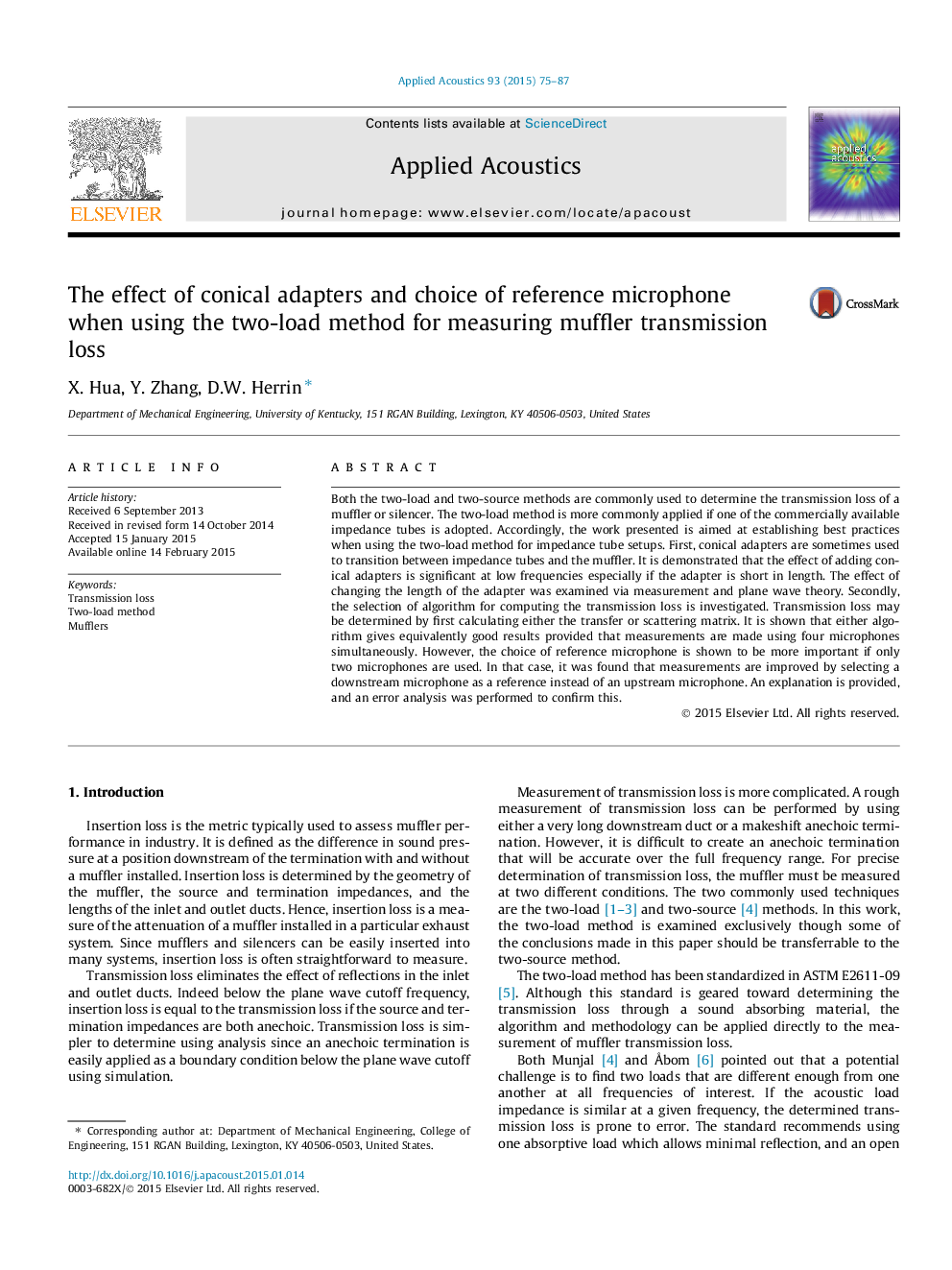 Both the two-load and two-source methods are commonly used to determine the transmission loss of a muffler or silencer. The two-load method is more commonly applied if one of the commercially available impedance tubes is adopted. Accordingly, the work presented is aimed at establishing best practices when using the two-load method for impedance tube setups. First, conical adapters are sometimes used to transition between impedance tubes and the muffler. It is demonstrated that the effect of adding conical adapters is significant at low frequencies especially if the adapter is short in length. The effect of changing the length of the adapter was examined via measurement and plane wave theory. Secondly, the selection of algorithm for computing the transmission loss is investigated. Transmission loss may be determined by first calculating either the transfer or scattering matrix. It is shown that either algorithm gives equivalently good results provided that measurements are made using four microphones simultaneously. However, the choice of reference microphone is shown to be more important if only two microphones are used. In that case, it was found that measurements are improved by selecting a downstream microphone as a reference instead of an upstream microphone. An explanation is provided, and an error analysis was performed to confirm this.