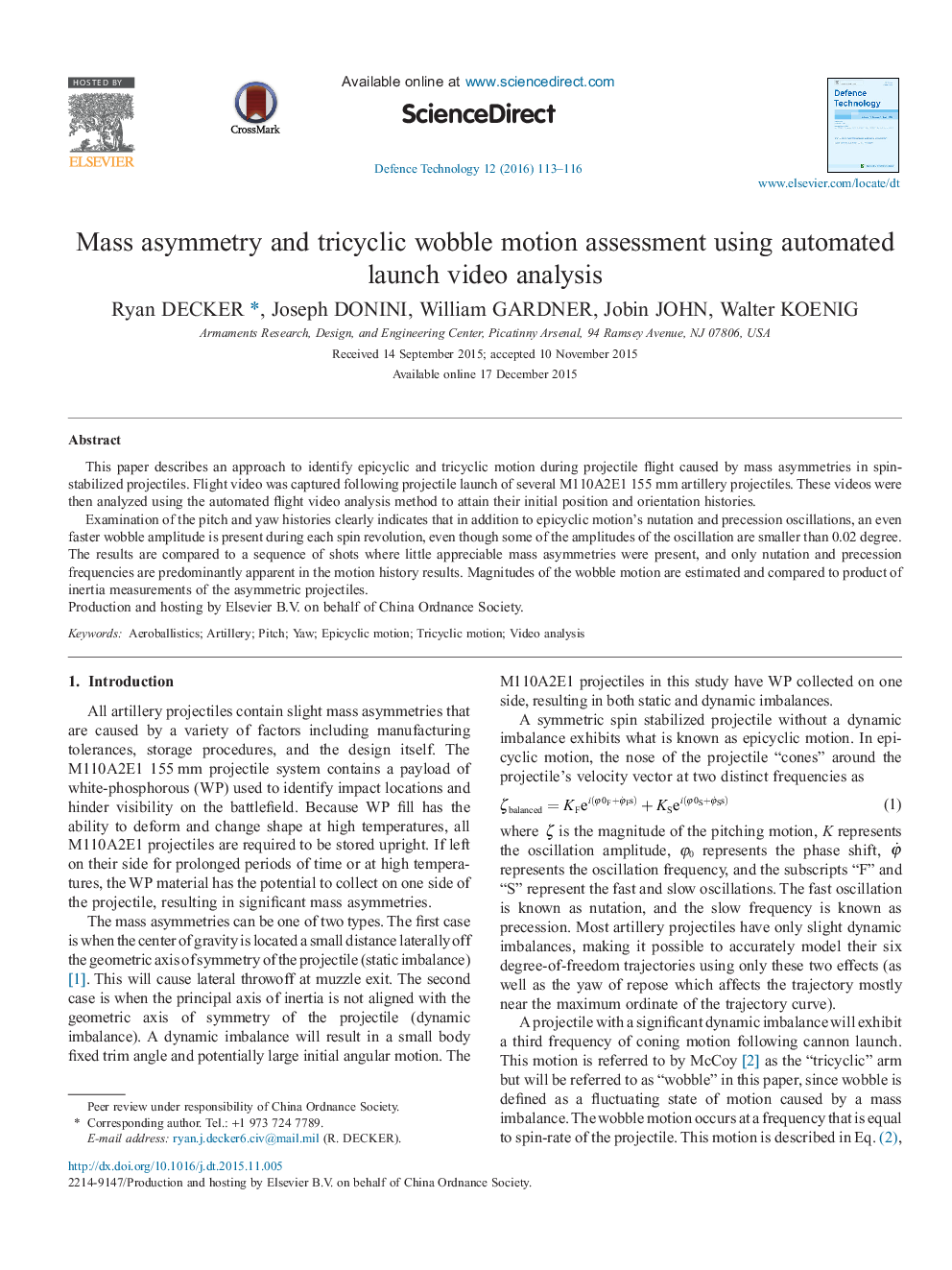 This paper describes an approach to identify epicyclic and tricyclic motion during projectile flight caused by mass asymmetries in spin-stabilized projectiles. Flight video was captured following projectile launch of several M110A2E1 155 mm artillery projectiles. These videos were then analyzed using the automated flight video analysis method to attain their initial position and orientation histories.Examination of the pitch and yaw histories clearly indicates that in addition to epicyclic motion's nutation and precession oscillations, an even faster wobble amplitude is present during each spin revolution, even though some of the amplitudes of the oscillation are smaller than 0.02 degree. The results are compared to a sequence of shots where little appreciable mass asymmetries were present, and only nutation and precession frequencies are predominantly apparent in the motion history results. Magnitudes of the wobble motion are estimated and compared to product of inertia measurements of the asymmetric projectiles.