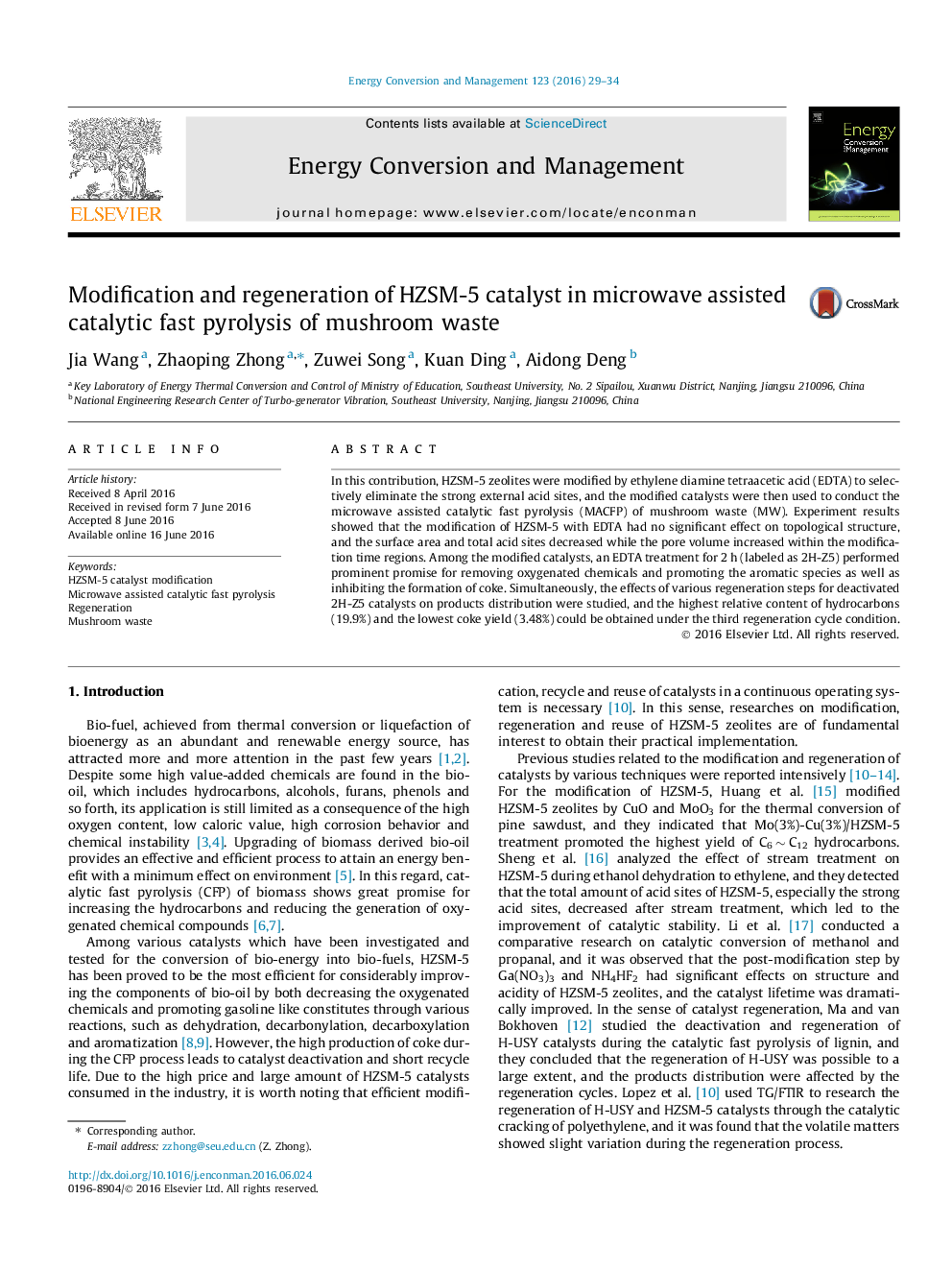 In this contribution, HZSM-5 zeolites were modified by ethylene diamine tetraacetic acid (EDTA) to selectively eliminate the strong external acid sites, and the modified catalysts were then used to conduct the microwave assisted catalytic fast pyrolysis (MACFP) of mushroom waste (MW). Experiment results showed that the modification of HZSM-5 with EDTA had no significant effect on topological structure, and the surface area and total acid sites decreased while the pore volume increased within the modification time regions. Among the modified catalysts, an EDTA treatment for 2 h (labeled as 2H-Z5) performed prominent promise for removing oxygenated chemicals and promoting the aromatic species as well as inhibiting the formation of coke. Simultaneously, the effects of various regeneration steps for deactivated 2H-Z5 catalysts on products distribution were studied, and the highest relative content of hydrocarbons (19.9%) and the lowest coke yield (3.48%) could be obtained under the third regeneration cycle condition.