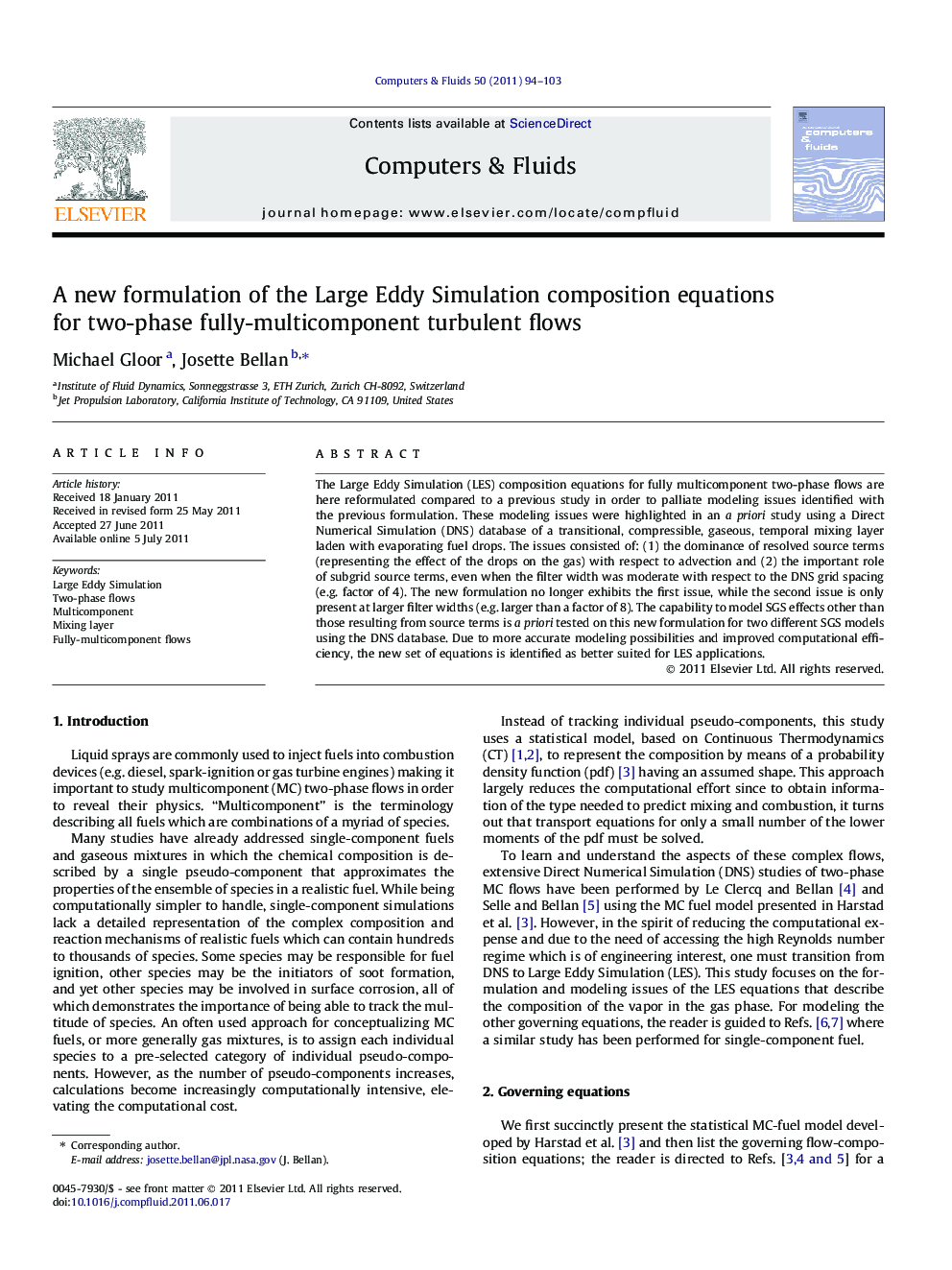 The Large Eddy Simulation (LES) composition equations for fully multicomponent two-phase flows are here reformulated compared to a previous study in order to palliate modeling issues identified with the previous formulation. These modeling issues were highlighted in an a priori study using a Direct Numerical Simulation (DNS) database of a transitional, compressible, gaseous, temporal mixing layer laden with evaporating fuel drops. The issues consisted of: (1) the dominance of resolved source terms (representing the effect of the drops on the gas) with respect to advection and (2) the important role of subgrid source terms, even when the filter width was moderate with respect to the DNS grid spacing (e.g. factor of 4). The new formulation no longer exhibits the first issue, while the second issue is only present at larger filter widths (e.g. larger than a factor of 8). The capability to model SGS effects other than those resulting from source terms is a priori tested on this new formulation for two different SGS models using the DNS database. Due to more accurate modeling possibilities and improved computational efficiency, the new set of equations is identified as better suited for LES applications.