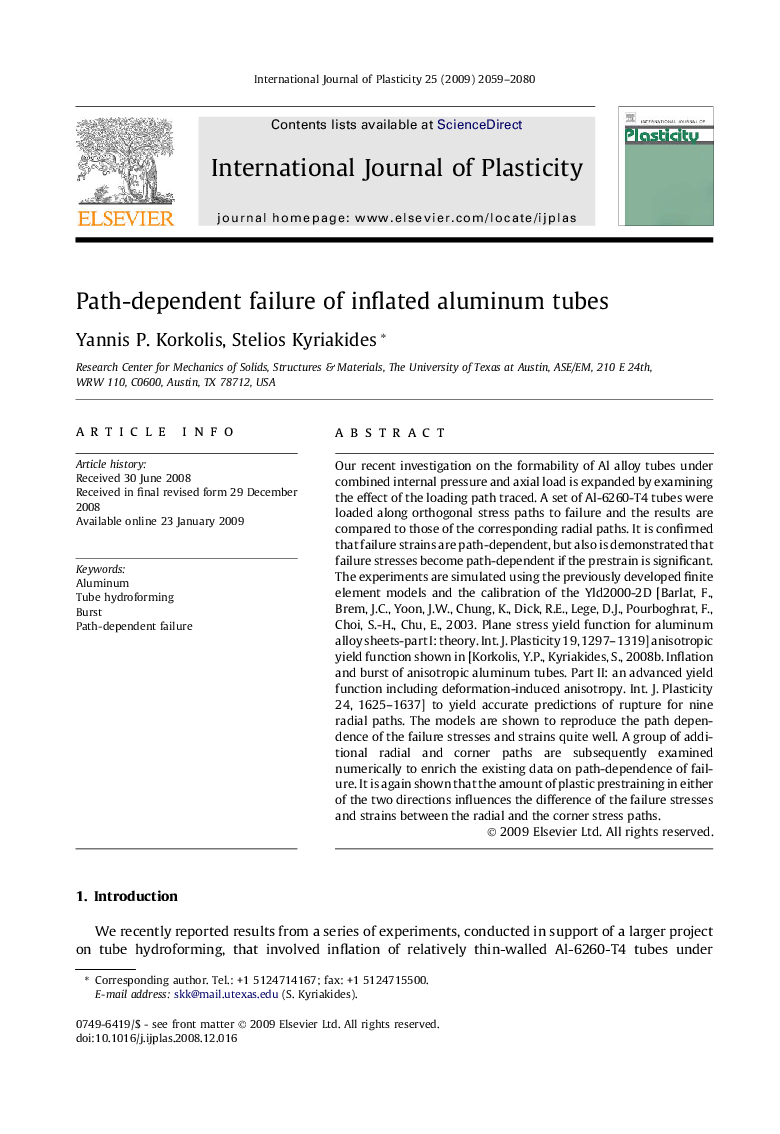 Our recent investigation on the formability of Al alloy tubes under combined internal pressure and axial load is expanded by examining the effect of the loading path traced. A set of Al-6260-T4 tubes were loaded along orthogonal stress paths to failure and the results are compared to those of the corresponding radial paths. It is confirmed that failure strains are path-dependent, but also is demonstrated that failure stresses become path-dependent if the prestrain is significant. The experiments are simulated using the previously developed finite element models and the calibration of the Yld2000-2D [Barlat, F., Brem, J.C., Yoon, J.W., Chung, K., Dick, R.E., Lege, D.J., Pourboghrat, F., Choi, S.-H., Chu, E., 2003. Plane stress yield function for aluminum alloy sheets-part I: theory. Int. J. Plasticity 19, 1297--1319] anisotropic yield function shown in [Korkolis, Y.P., Kyriakides, S., 2008b. Inflation and burst of anisotropic aluminum tubes. Part II: an advanced yield function including deformation-induced anisotropy. Int. J. Plasticity 24, 1625–1637] to yield accurate predictions of rupture for nine radial paths. The models are shown to reproduce the path dependence of the failure stresses and strains quite well. A group of additional radial and corner paths are subsequently examined numerically to enrich the existing data on path-dependence of failure. It is again shown that the amount of plastic prestraining in either of the two directions influences the difference of the failure stresses and strains between the radial and the corner stress paths.