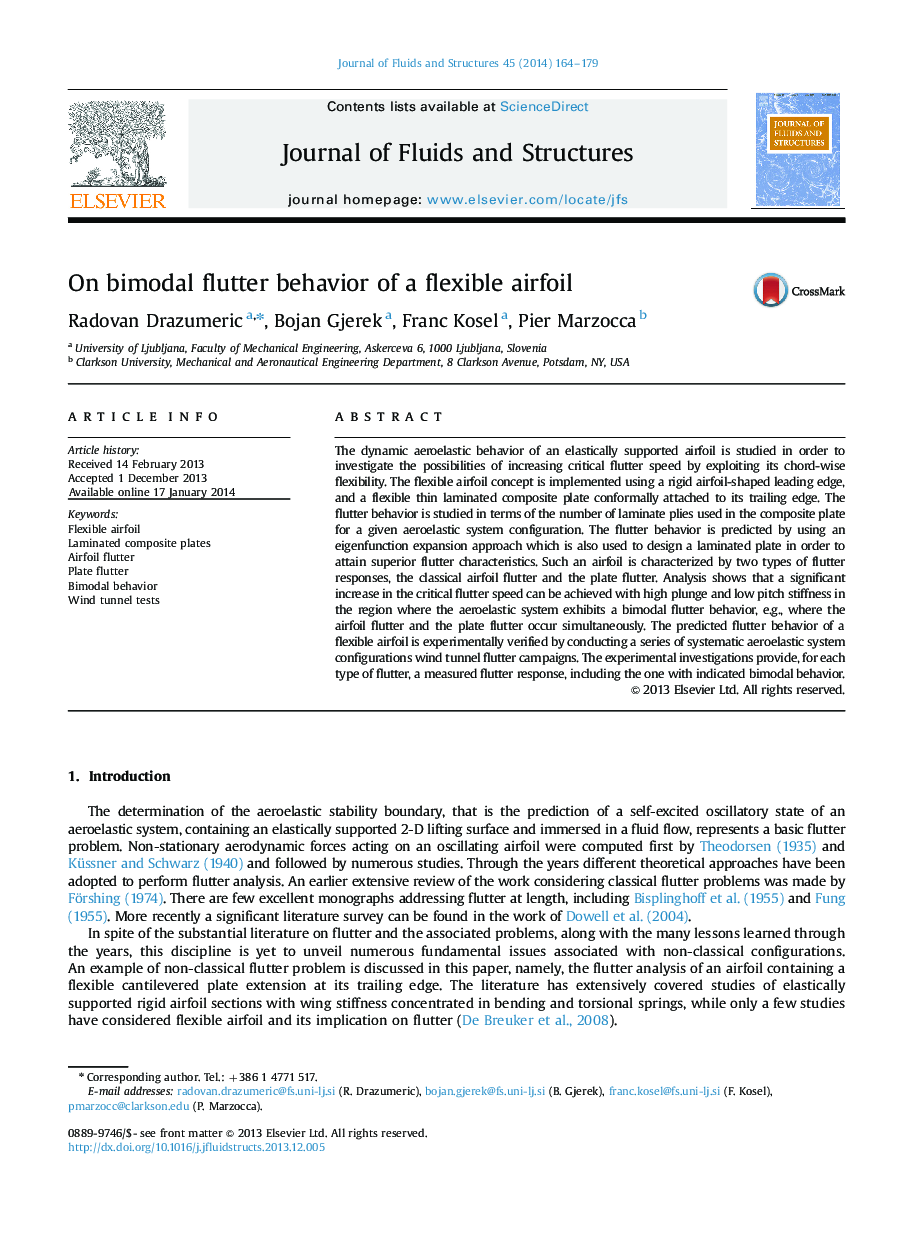 The dynamic aeroelastic behavior of an elastically supported airfoil is studied in order to investigate the possibilities of increasing critical flutter speed by exploiting its chord-wise flexibility. The flexible airfoil concept is implemented using a rigid airfoil-shaped leading edge, and a flexible thin laminated composite plate conformally attached to its trailing edge. The flutter behavior is studied in terms of the number of laminate plies used in the composite plate for a given aeroelastic system configuration. The flutter behavior is predicted by using an eigenfunction expansion approach which is also used to design a laminated plate in order to attain superior flutter characteristics. Such an airfoil is characterized by two types of flutter responses, the classical airfoil flutter and the plate flutter. Analysis shows that a significant increase in the critical flutter speed can be achieved with high plunge and low pitch stiffness in the region where the aeroelastic system exhibits a bimodal flutter behavior, e.g., where the airfoil flutter and the plate flutter occur simultaneously. The predicted flutter behavior of a flexible airfoil is experimentally verified by conducting a series of systematic aeroelastic system configurations wind tunnel flutter campaigns. The experimental investigations provide, for each type of flutter, a measured flutter response, including the one with indicated bimodal behavior.