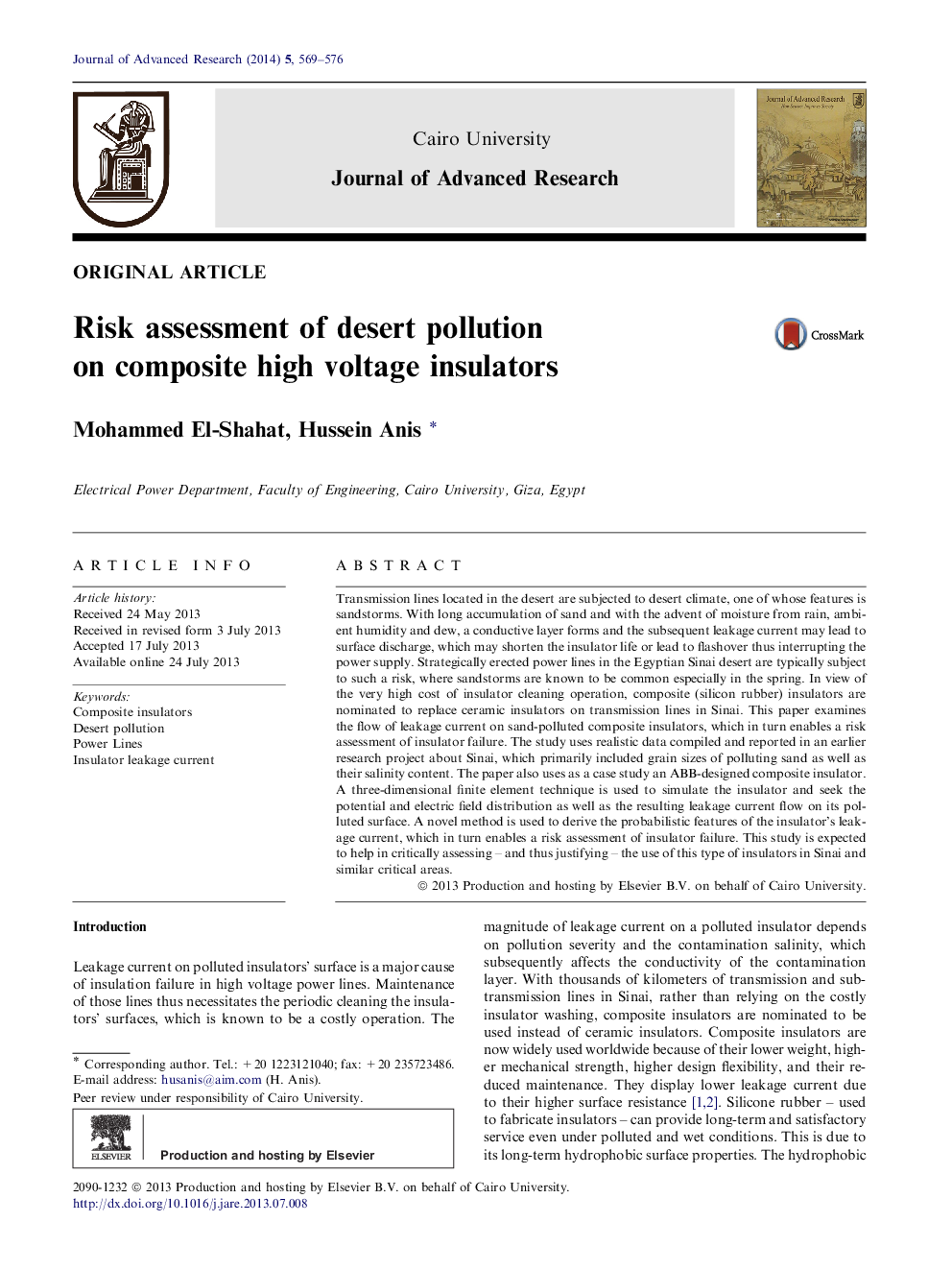 Transmission lines located in the desert are subjected to desert climate, one of whose features is sandstorms. With long accumulation of sand and with the advent of moisture from rain, ambient humidity and dew, a conductive layer forms and the subsequent leakage current may lead to surface discharge, which may shorten the insulator life or lead to flashover thus interrupting the power supply. Strategically erected power lines in the Egyptian Sinai desert are typically subject to such a risk, where sandstorms are known to be common especially in the spring. In view of the very high cost of insulator cleaning operation, composite (silicon rubber) insulators are nominated to replace ceramic insulators on transmission lines in Sinai. This paper examines the flow of leakage current on sand-polluted composite insulators, which in turn enables a risk assessment of insulator failure. The study uses realistic data compiled and reported in an earlier research project about Sinai, which primarily included grain sizes of polluting sand as well as their salinity content. The paper also uses as a case study an ABB-designed composite insulator. A three-dimensional finite element technique is used to simulate the insulator and seek the potential and electric field distribution as well as the resulting leakage current flow on its polluted surface. A novel method is used to derive the probabilistic features of the insulator’s leakage current, which in turn enables a risk assessment of insulator failure. This study is expected to help in critically assessing – and thus justifying – the use of this type of insulators in Sinai and similar critical areas.