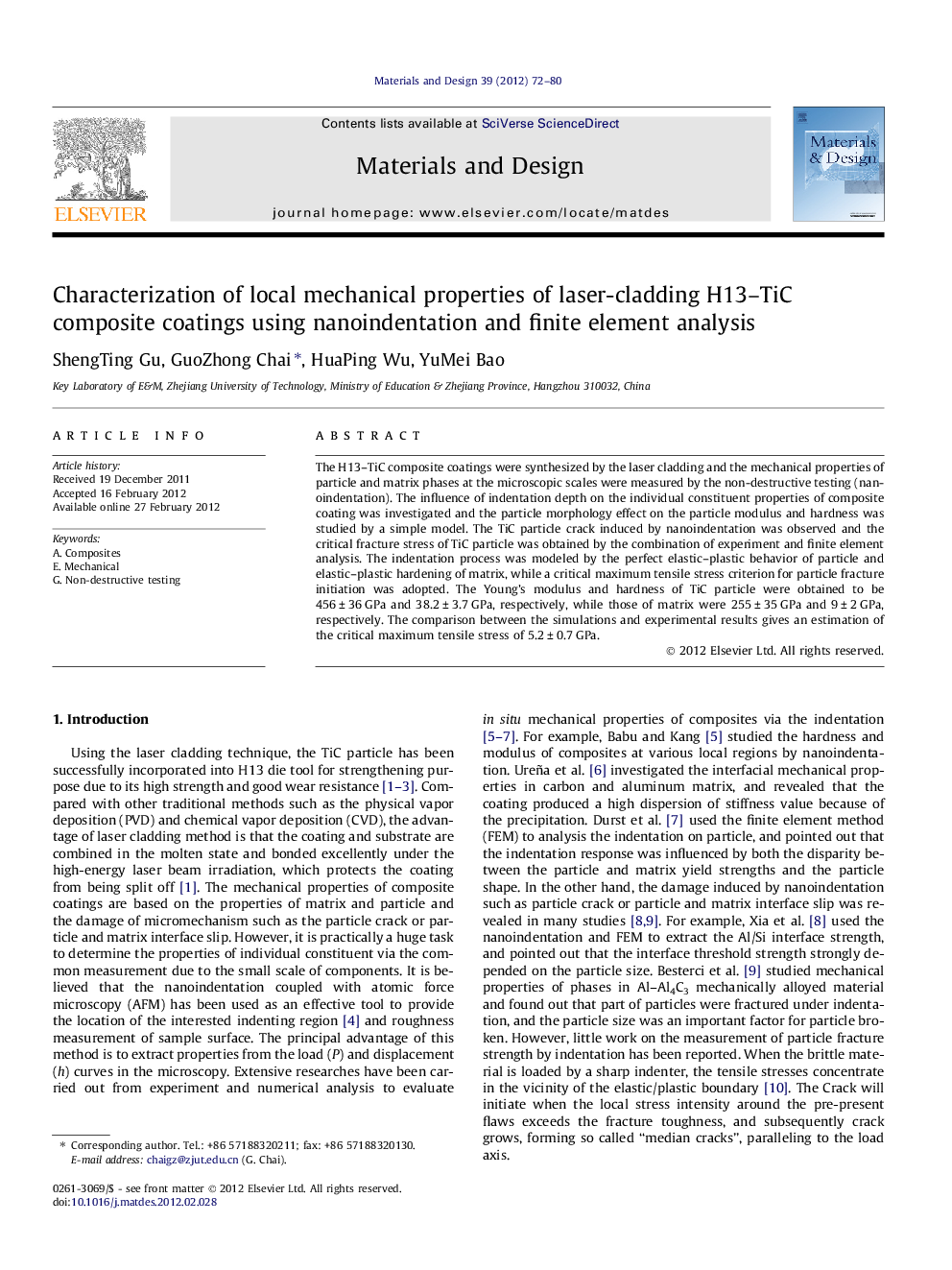 The H13–TiC composite coatings were synthesized by the laser cladding and the mechanical properties of particle and matrix phases at the microscopic scales were measured by the non-destructive testing (nanoindentation). The influence of indentation depth on the individual constituent properties of composite coating was investigated and the particle morphology effect on the particle modulus and hardness was studied by a simple model. The TiC particle crack induced by nanoindentation was observed and the critical fracture stress of TiC particle was obtained by the combination of experiment and finite element analysis. The indentation process was modeled by the perfect elastic–plastic behavior of particle and elastic–plastic hardening of matrix, while a critical maximum tensile stress criterion for particle fracture initiation was adopted. The Young’s modulus and hardness of TiC particle were obtained to be 456 ± 36 GPa and 38.2 ± 3.7 GPa, respectively, while those of matrix were 255 ± 35 GPa and 9 ± 2 GPa, respectively. The comparison between the simulations and experimental results gives an estimation of the critical maximum tensile stress of 5.2 ± 0.7 GPa.

► Local properties of H13–TiC composite coating were measured by nanoindentation.
► The hardness and modulus of particle decrease as the growth of indentation depth.
► The particle morphology has a great influence on particle mechanical properties.
► TiC particle critical stress at the onset of particle cracking is obtained.