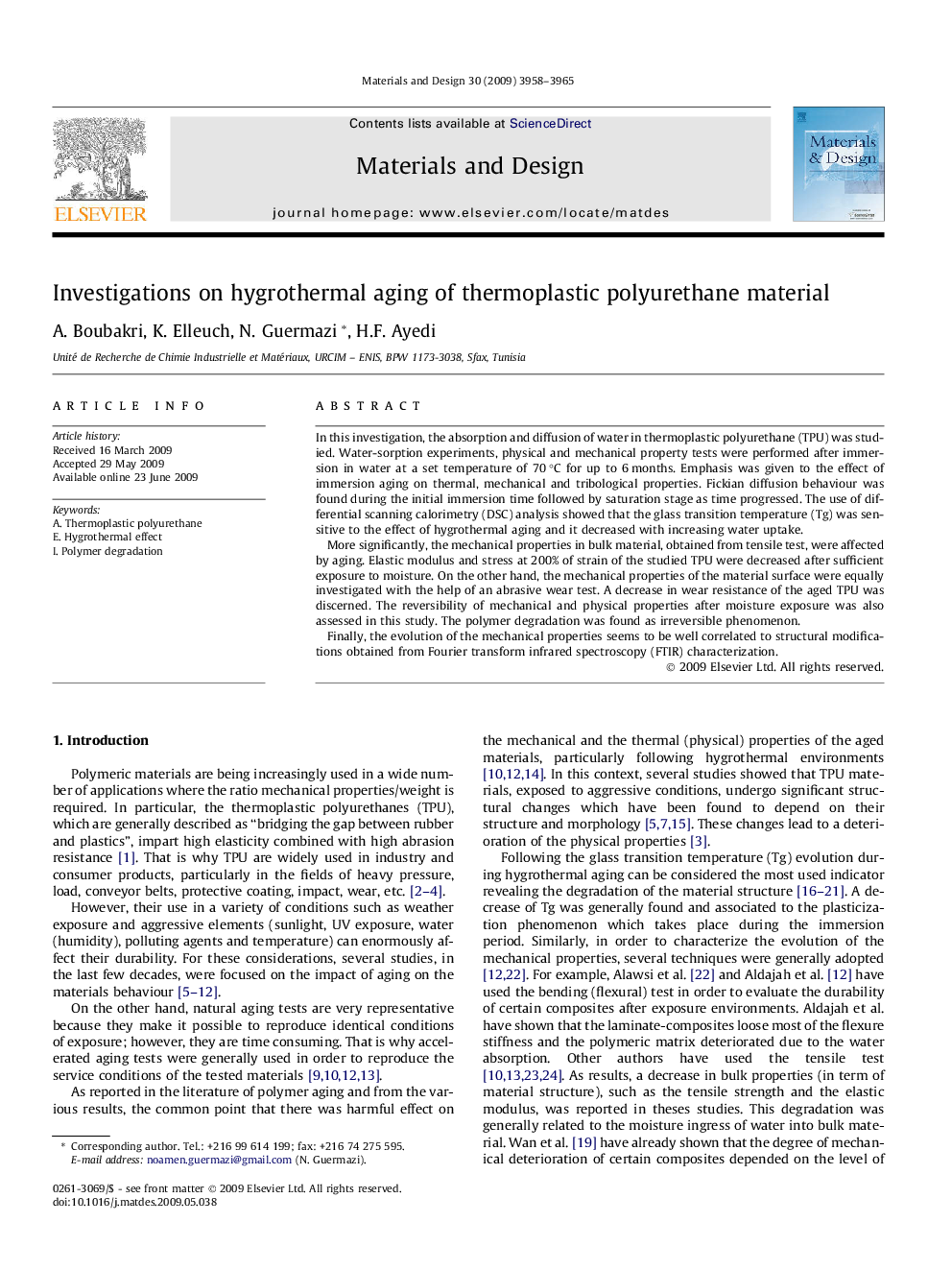 In this investigation, the absorption and diffusion of water in thermoplastic polyurethane (TPU) was studied. Water-sorption experiments, physical and mechanical property tests were performed after immersion in water at a set temperature of 70 °C for up to 6 months. Emphasis was given to the effect of immersion aging on thermal, mechanical and tribological properties. Fickian diffusion behaviour was found during the initial immersion time followed by saturation stage as time progressed. The use of differential scanning calorimetry (DSC) analysis showed that the glass transition temperature (Tg) was sensitive to the effect of hygrothermal aging and it decreased with increasing water uptake.More significantly, the mechanical properties in bulk material, obtained from tensile test, were affected by aging. Elastic modulus and stress at 200% of strain of the studied TPU were decreased after sufficient exposure to moisture. On the other hand, the mechanical properties of the material surface were equally investigated with the help of an abrasive wear test. A decrease in wear resistance of the aged TPU was discerned. The reversibility of mechanical and physical properties after moisture exposure was also assessed in this study. The polymer degradation was found as irreversible phenomenon.Finally, the evolution of the mechanical properties seems to be well correlated to structural modifications obtained from Fourier transform infrared spectroscopy (FTIR) characterization.