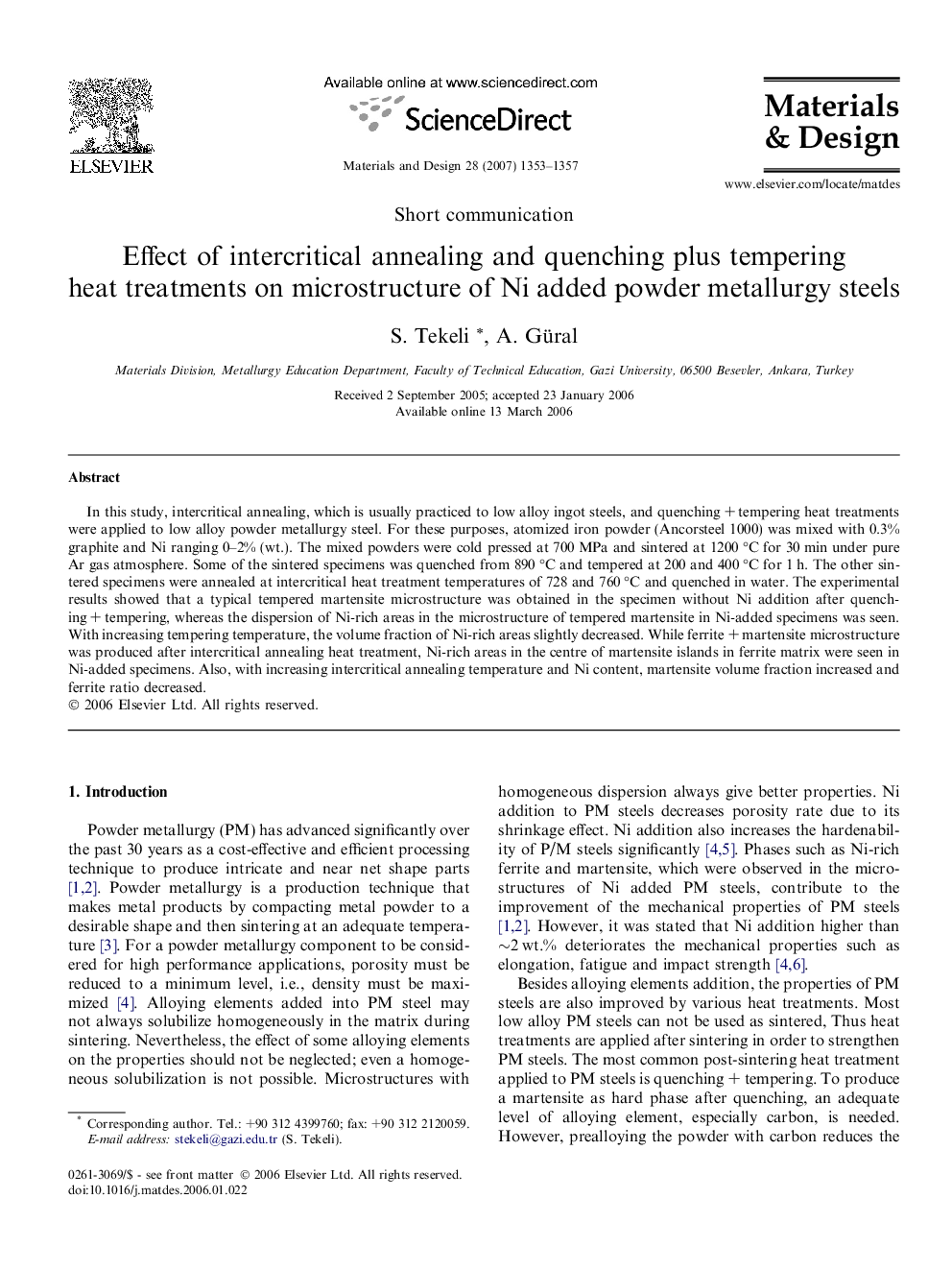 In this study, intercritical annealing, which is usually practiced to low alloy ingot steels, and quenching + tempering heat treatments were applied to low alloy powder metallurgy steel. For these purposes, atomized iron powder (Ancorsteel 1000) was mixed with 0.3% graphite and Ni ranging 0–2% (wt.). The mixed powders were cold pressed at 700 MPa and sintered at 1200 °C for 30 min under pure Ar gas atmosphere. Some of the sintered specimens was quenched from 890 °C and tempered at 200 and 400 °C for 1 h. The other sintered specimens were annealed at intercritical heat treatment temperatures of 728 and 760 °C and quenched in water. The experimental results showed that a typical tempered martensite microstructure was obtained in the specimen without Ni addition after quenching + tempering, whereas the dispersion of Ni-rich areas in the microstructure of tempered martensite in Ni-added specimens was seen. With increasing tempering temperature, the volume fraction of Ni-rich areas slightly decreased. While ferrite + martensite microstructure was produced after intercritical annealing heat treatment, Ni-rich areas in the centre of martensite islands in ferrite matrix were seen in Ni-added specimens. Also, with increasing intercritical annealing temperature and Ni content, martensite volume fraction increased and ferrite ratio decreased.