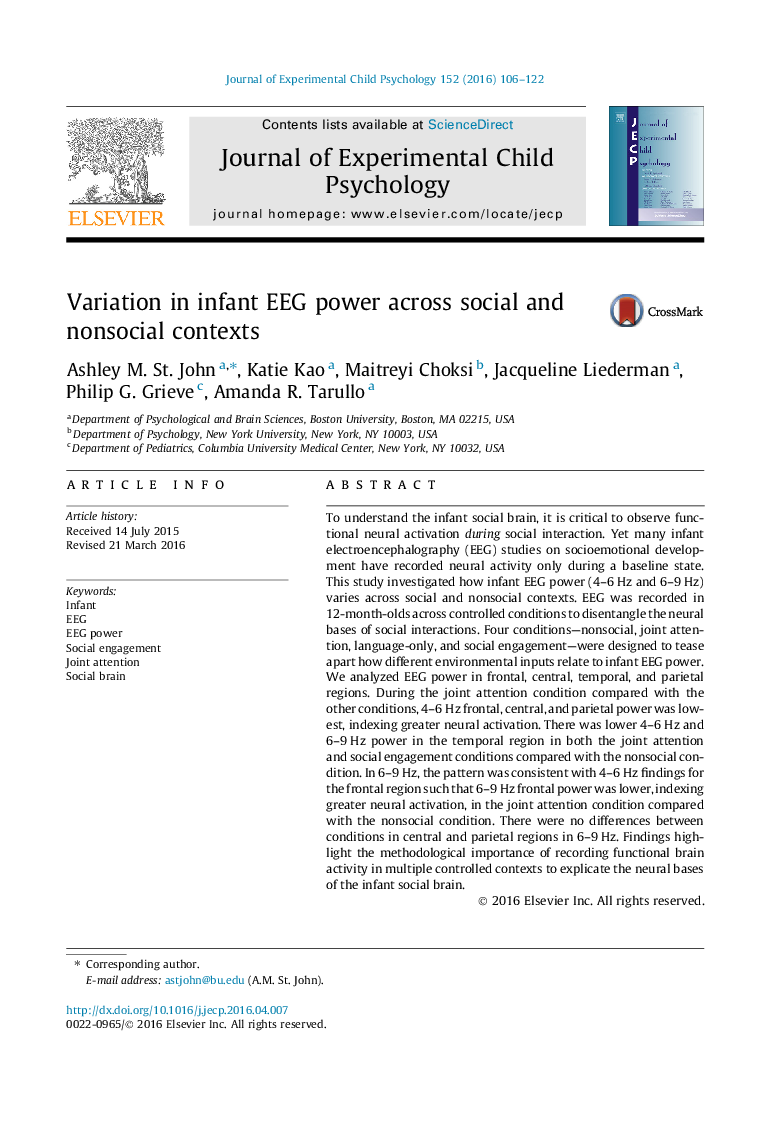 To understand the infant social brain, it is critical to observe functional neural activation during social interaction. Yet many infant electroencephalography (EEG) studies on socioemotional development have recorded neural activity only during a baseline state. This study investigated how infant EEG power (4–6 Hz and 6–9 Hz) varies across social and nonsocial contexts. EEG was recorded in 12-month-olds across controlled conditions to disentangle the neural bases of social interactions. Four conditions—nonsocial, joint attention, language-only, and social engagement—were designed to tease apart how different environmental inputs relate to infant EEG power. We analyzed EEG power in frontal, central, temporal, and parietal regions. During the joint attention condition compared with the other conditions, 4–6 Hz frontal, central, and parietal power was lowest, indexing greater neural activation. There was lower 4–6 Hz and 6–9 Hz power in the temporal region in both the joint attention and social engagement conditions compared with the nonsocial condition. In 6–9 Hz, the pattern was consistent with 4–6 Hz findings for the frontal region such that 6–9 Hz frontal power was lower, indexing greater neural activation, in the joint attention condition compared with the nonsocial condition. There were no differences between conditions in central and parietal regions in 6–9 Hz. Findings highlight the methodological importance of recording functional brain activity in multiple controlled contexts to explicate the neural bases of the infant social brain.