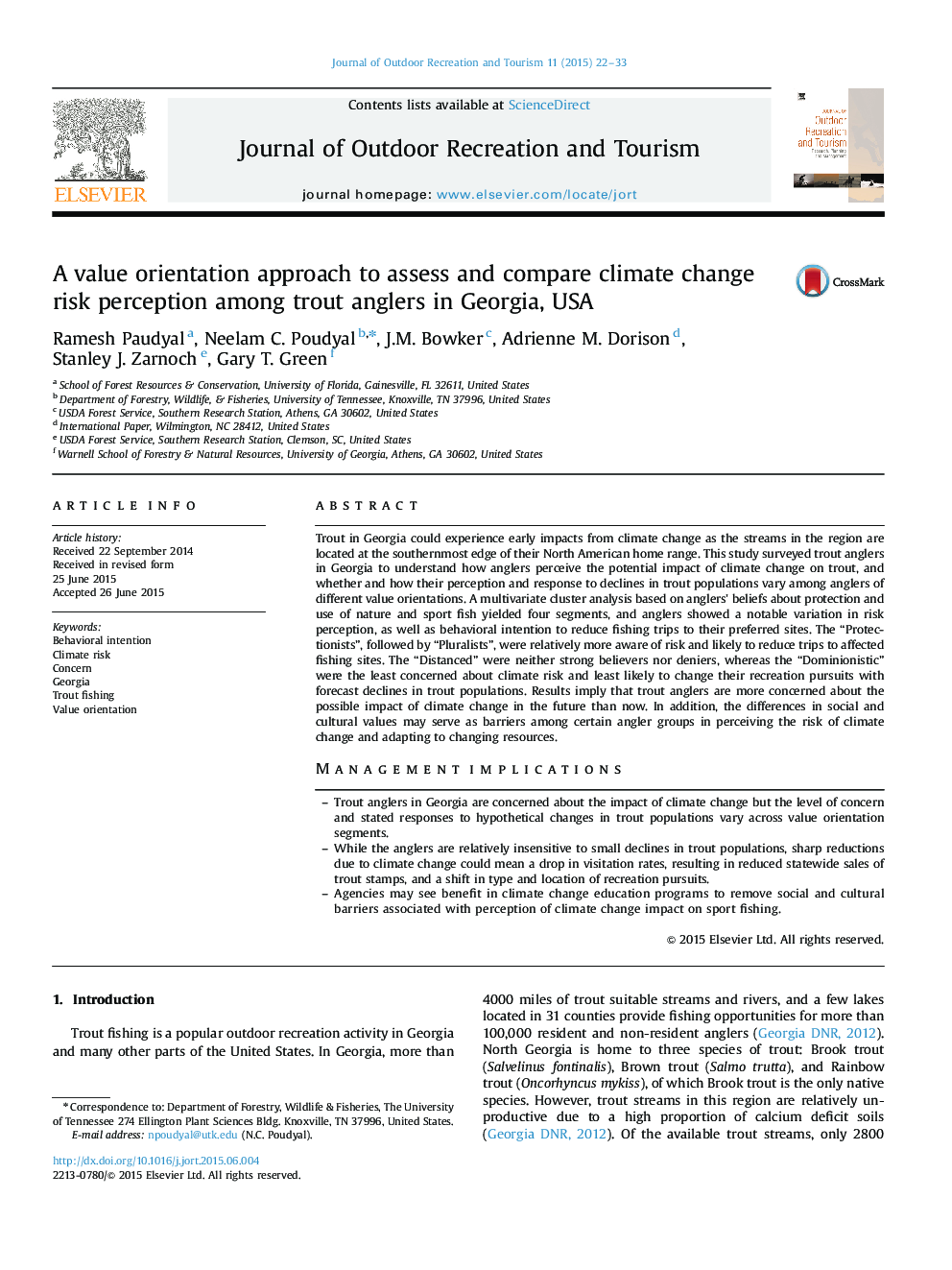 Trout in Georgia could experience early impacts from climate change as the streams in the region are located at the southernmost edge of their North American home range. This study surveyed trout anglers in Georgia to understand how anglers perceive the potential impact of climate change on trout, and whether and how their perception and response to declines in trout populations vary among anglers of different value orientations. A multivariate cluster analysis based on anglers' beliefs about protection and use of nature and sport fish yielded four segments, and anglers showed a notable variation in risk perception, as well as behavioral intention to reduce fishing trips to their preferred sites. The “Protectionists”, followed by “Pluralists”, were relatively more aware of risk and likely to reduce trips to affected fishing sites. The “Distanced” were neither strong believers nor deniers, whereas the “Dominionistic” were the least concerned about climate risk and least likely to change their recreation pursuits with forecast declines in trout populations. Results imply that trout anglers are more concerned about the possible impact of climate change in the future than now. In addition, the differences in social and cultural values may serve as barriers among certain angler groups in perceiving the risk of climate change and adapting to changing resources.Management implications–Trout anglers in Georgia are concerned about the impact of climate change but the level of concern and stated responses to hypothetical changes in trout populations vary across value orientation segments.–While the anglers are relatively insensitive to small declines in trout populations, sharp reductions due to climate change could mean a drop in visitation rates, resulting in reduced statewide sales of trout stamps, and a shift in type and location of recreation pursuits.–Agencies may see benefit in climate change education programs to remove social and cultural barriers associated with perception of climate change impact on sport fishing.