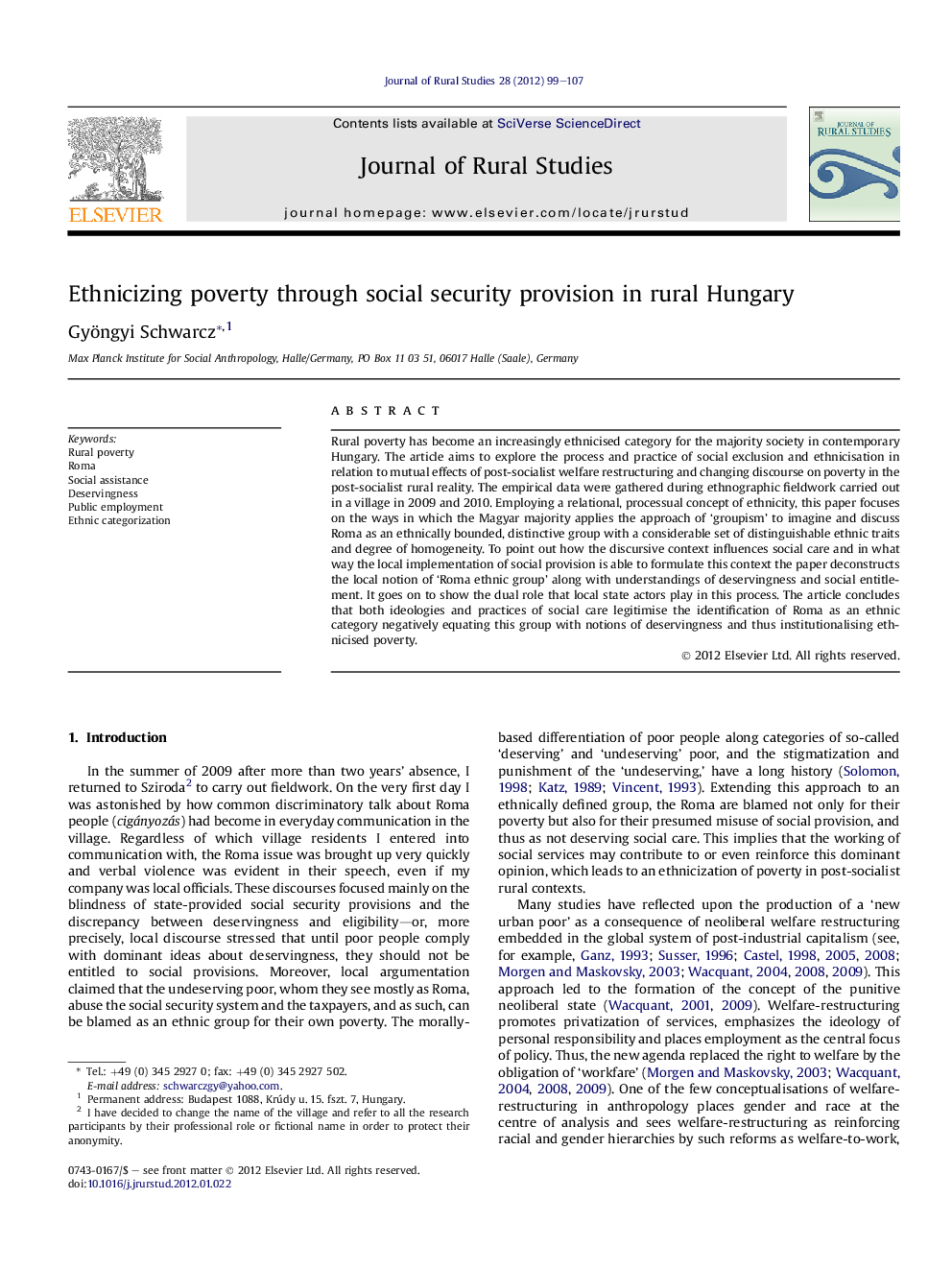 Rural poverty has become an increasingly ethnicised category for the majority society in contemporary Hungary. The article aims to explore the process and practice of social exclusion and ethnicisation in relation to mutual effects of post-socialist welfare restructuring and changing discourse on poverty in the post-socialist rural reality. The empirical data were gathered during ethnographic fieldwork carried out in a village in 2009 and 2010. Employing a relational, processual concept of ethnicity, this paper focuses on the ways in which the Magyar majority applies the approach of ‘groupism’ to imagine and discuss Roma as an ethnically bounded, distinctive group with a considerable set of distinguishable ethnic traits and degree of homogeneity. To point out how the discursive context influences social care and in what way the local implementation of social provision is able to formulate this context the paper deconstructs the local notion of ‘Roma ethnic group’ along with understandings of deservingness and social entitlement. It goes on to show the dual role that local state actors play in this process. The article concludes that both ideologies and practices of social care legitimise the identification of Roma as an ethnic category negatively equating this group with notions of deservingness and thus institutionalising ethnicised poverty.

► The article highlights that rural poverty has become an ethnic category.
► It relates discourses on deservingness, Roma and the delivery of social services.
► It deconstructs local notion of ‘Roma ethnic group’.
► It highlights the dual role of local state actors in ethnic categorization.
► It shows how public employment is able to shape the local ethnic classification.