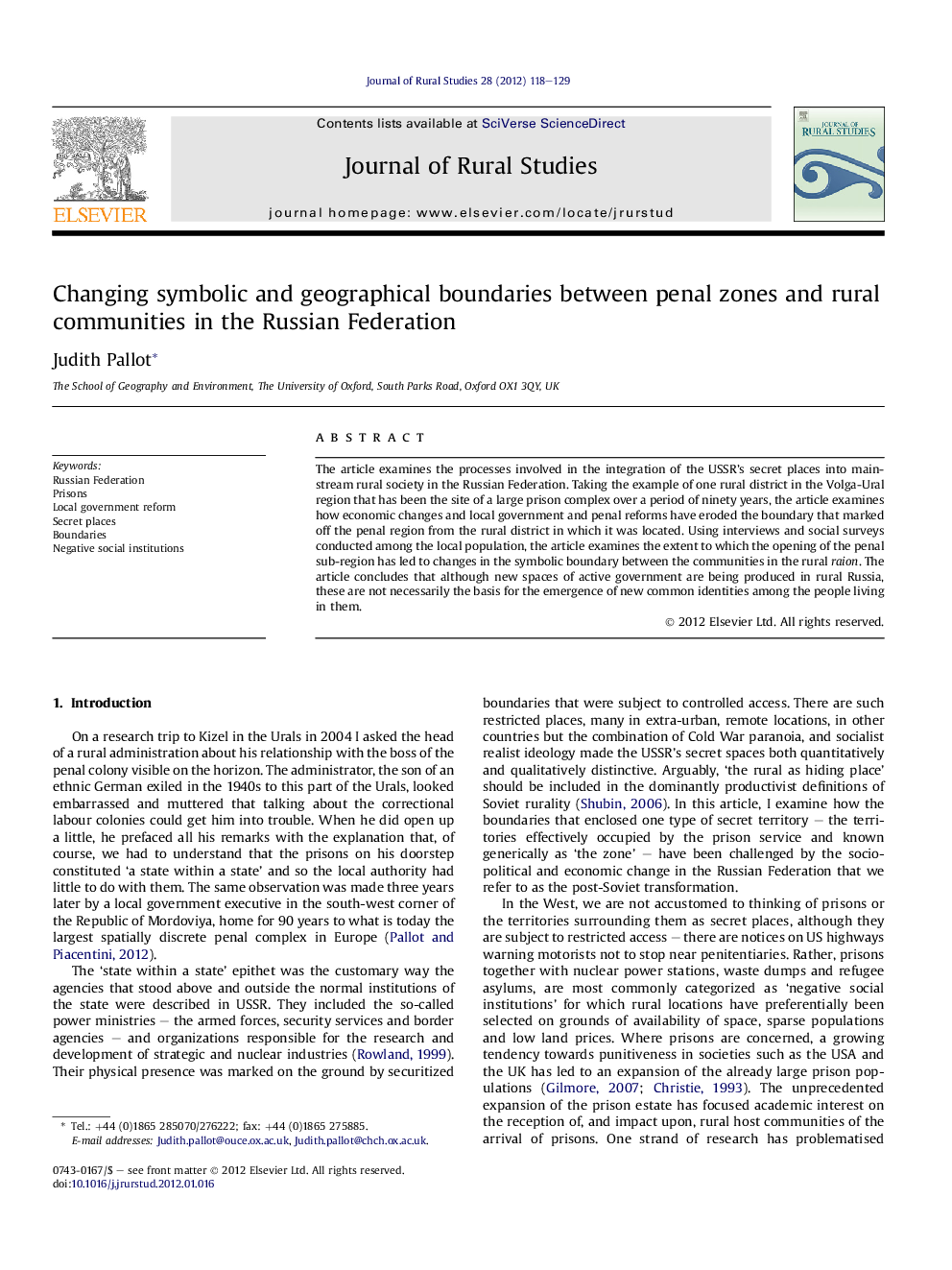 The article examines the processes involved in the integration of the USSR's secret places into mainstream rural society in the Russian Federation. Taking the example of one rural district in the Volga-Ural region that has been the site of a large prison complex over a period of ninety years, the article examines how economic changes and local government and penal reforms have eroded the boundary that marked off the penal region from the rural district in which it was located. Using interviews and social surveys conducted among the local population, the article examines the extent to which the opening of the penal sub-region has led to changes in the symbolic boundary between the communities in the rural raion. The article concludes that although new spaces of active government are being produced in rural Russia, these are not necessarily the basis for the emergence of new common identities among the people living in them.