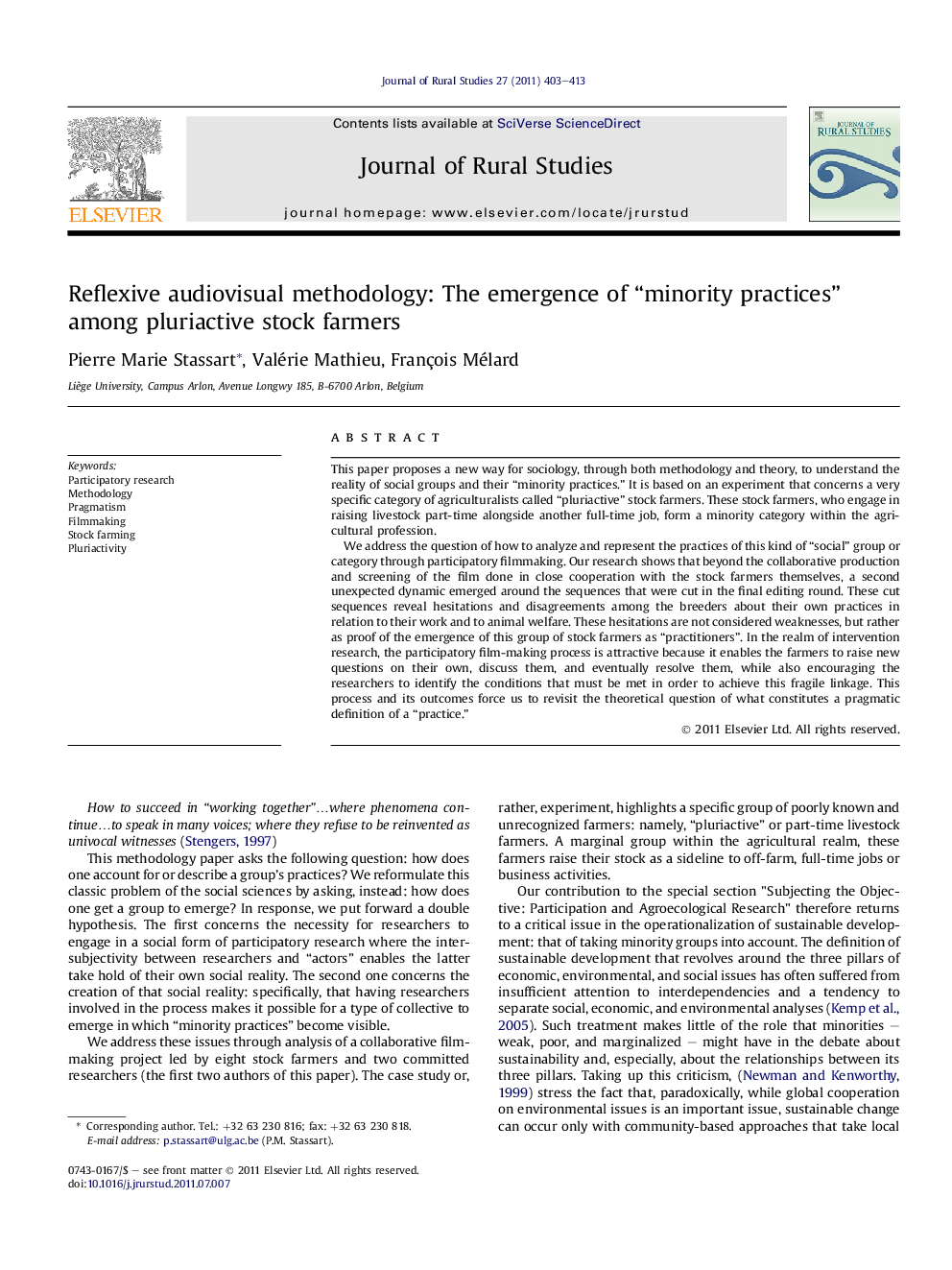 This paper proposes a new way for sociology, through both methodology and theory, to understand the reality of social groups and their “minority practices.” It is based on an experiment that concerns a very specific category of agriculturalists called “pluriactive” stock farmers. These stock farmers, who engage in raising livestock part-time alongside another full-time job, form a minority category within the agricultural profession.We address the question of how to analyze and represent the practices of this kind of “social” group or category through participatory filmmaking. Our research shows that beyond the collaborative production and screening of the film done in close cooperation with the stock farmers themselves, a second unexpected dynamic emerged around the sequences that were cut in the final editing round. These cut sequences reveal hesitations and disagreements among the breeders about their own practices in relation to their work and to animal welfare. These hesitations are not considered weaknesses, but rather as proof of the emergence of this group of stock farmers as “practitioners”. In the realm of intervention research, the participatory film-making process is attractive because it enables the farmers to raise new questions on their own, discuss them, and eventually resolve them, while also encouraging the researchers to identify the conditions that must be met in order to achieve this fragile linkage. This process and its outcomes force us to revisit the theoretical question of what constitutes a pragmatic definition of a “practice.”

► We propose a new way for sociology, through both methodology and theory.
► We made a audiovisual participatory research with a minority category: « pluriactive » stock farmers.
► Beyond the participatory production of the film, cut sequences reveal hesitation and bifurcation.
► Participatory filmmaking enable farmers to raise questions about sustainable stock farming.
► This outcome revisit the notion of « practice » in a pragmatic way.