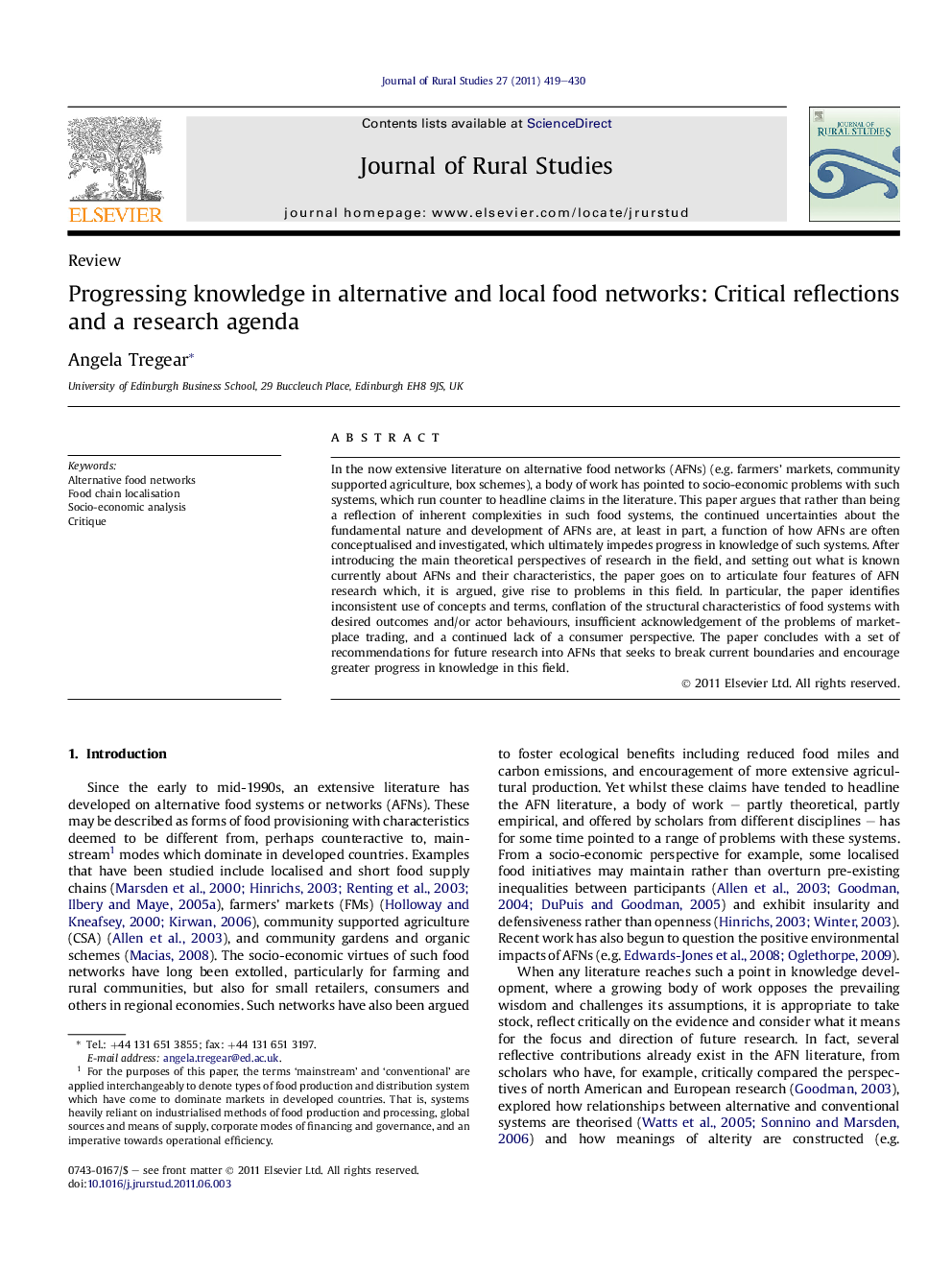 In the now extensive literature on alternative food networks (AFNs) (e.g. farmers’ markets, community supported agriculture, box schemes), a body of work has pointed to socio-economic problems with such systems, which run counter to headline claims in the literature. This paper argues that rather than being a reflection of inherent complexities in such food systems, the continued uncertainties about the fundamental nature and development of AFNs are, at least in part, a function of how AFNs are often conceptualised and investigated, which ultimately impedes progress in knowledge of such systems. After introducing the main theoretical perspectives of research in the field, and setting out what is known currently about AFNs and their characteristics, the paper goes on to articulate four features of AFN research which, it is argued, give rise to problems in this field. In particular, the paper identifies inconsistent use of concepts and terms, conflation of the structural characteristics of food systems with desired outcomes and/or actor behaviours, insufficient acknowledgement of the problems of marketplace trading, and a continued lack of a consumer perspective. The paper concludes with a set of recommendations for future research into AFNs that seeks to break current boundaries and encourage greater progress in knowledge in this field.