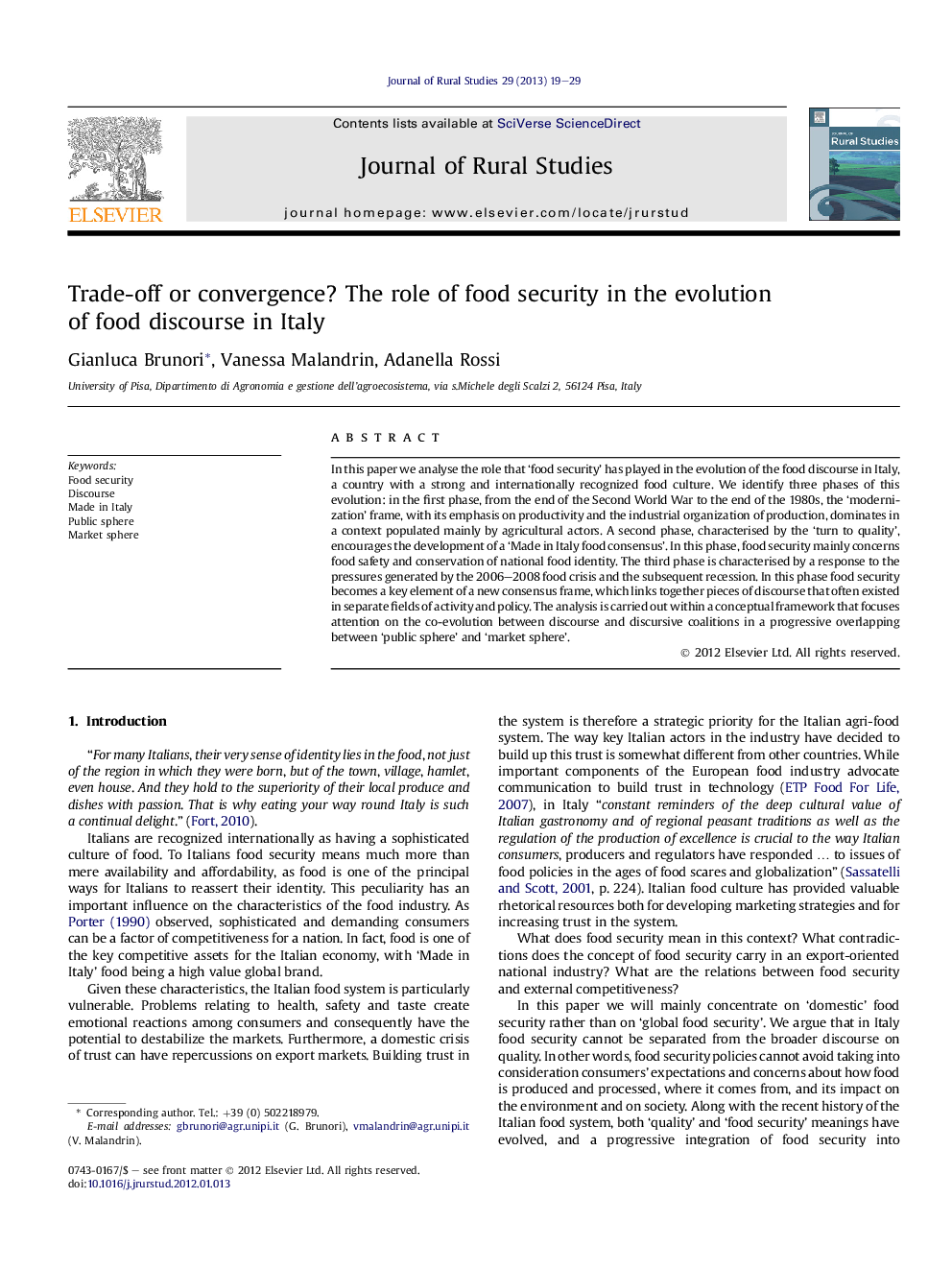 In this paper we analyse the role that ‘food security’ has played in the evolution of the food discourse in Italy, a country with a strong and internationally recognized food culture. We identify three phases of this evolution: in the first phase, from the end of the Second World War to the end of the 1980s, the ‘modernization’ frame, with its emphasis on productivity and the industrial organization of production, dominates in a context populated mainly by agricultural actors. A second phase, characterised by the ‘turn to quality’, encourages the development of a ‘Made in Italy food consensus’. In this phase, food security mainly concerns food safety and conservation of national food identity. The third phase is characterised by a response to the pressures generated by the 2006–2008 food crisis and the subsequent recession. In this phase food security becomes a key element of a new consensus frame, which links together pieces of discourse that often existed in separate fields of activity and policy. The analysis is carried out within a conceptual framework that focuses attention on the co-evolution between discourse and discursive coalitions in a progressive overlapping between ‘public sphere’ and ‘market sphere’.