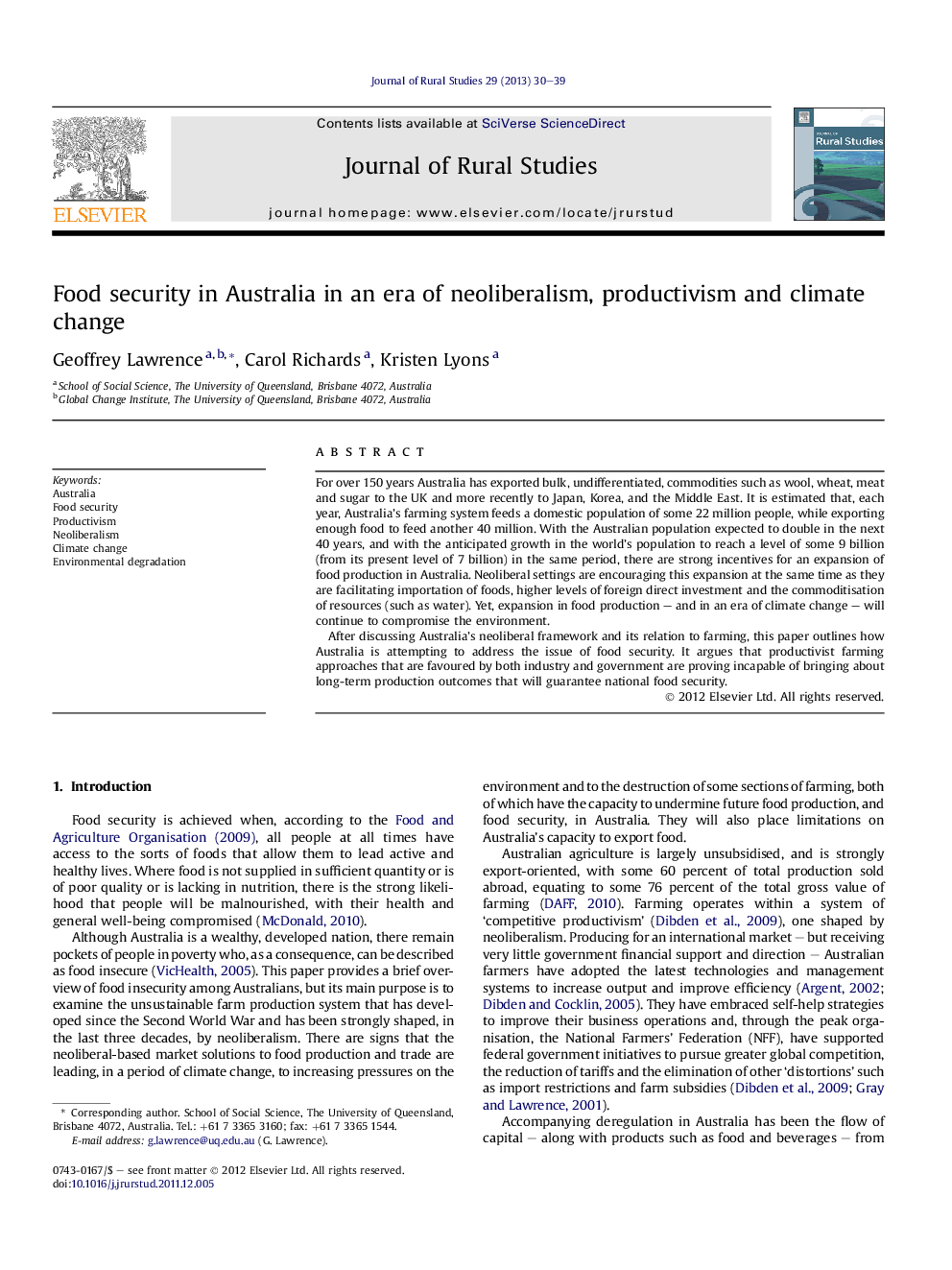 For over 150 years Australia has exported bulk, undifferentiated, commodities such as wool, wheat, meat and sugar to the UK and more recently to Japan, Korea, and the Middle East. It is estimated that, each year, Australia's farming system feeds a domestic population of some 22 million people, while exporting enough food to feed another 40 million. With the Australian population expected to double in the next 40 years, and with the anticipated growth in the world's population to reach a level of some 9 billion (from its present level of 7 billion) in the same period, there are strong incentives for an expansion of food production in Australia. Neoliberal settings are encouraging this expansion at the same time as they are facilitating importation of foods, higher levels of foreign direct investment and the commoditisation of resources (such as water). Yet, expansion in food production – and in an era of climate change – will continue to compromise the environment.After discussing Australia's neoliberal framework and its relation to farming, this paper outlines how Australia is attempting to address the issue of food security. It argues that productivist farming approaches that are favoured by both industry and government are proving incapable of bringing about long-term production outcomes that will guarantee national food security.