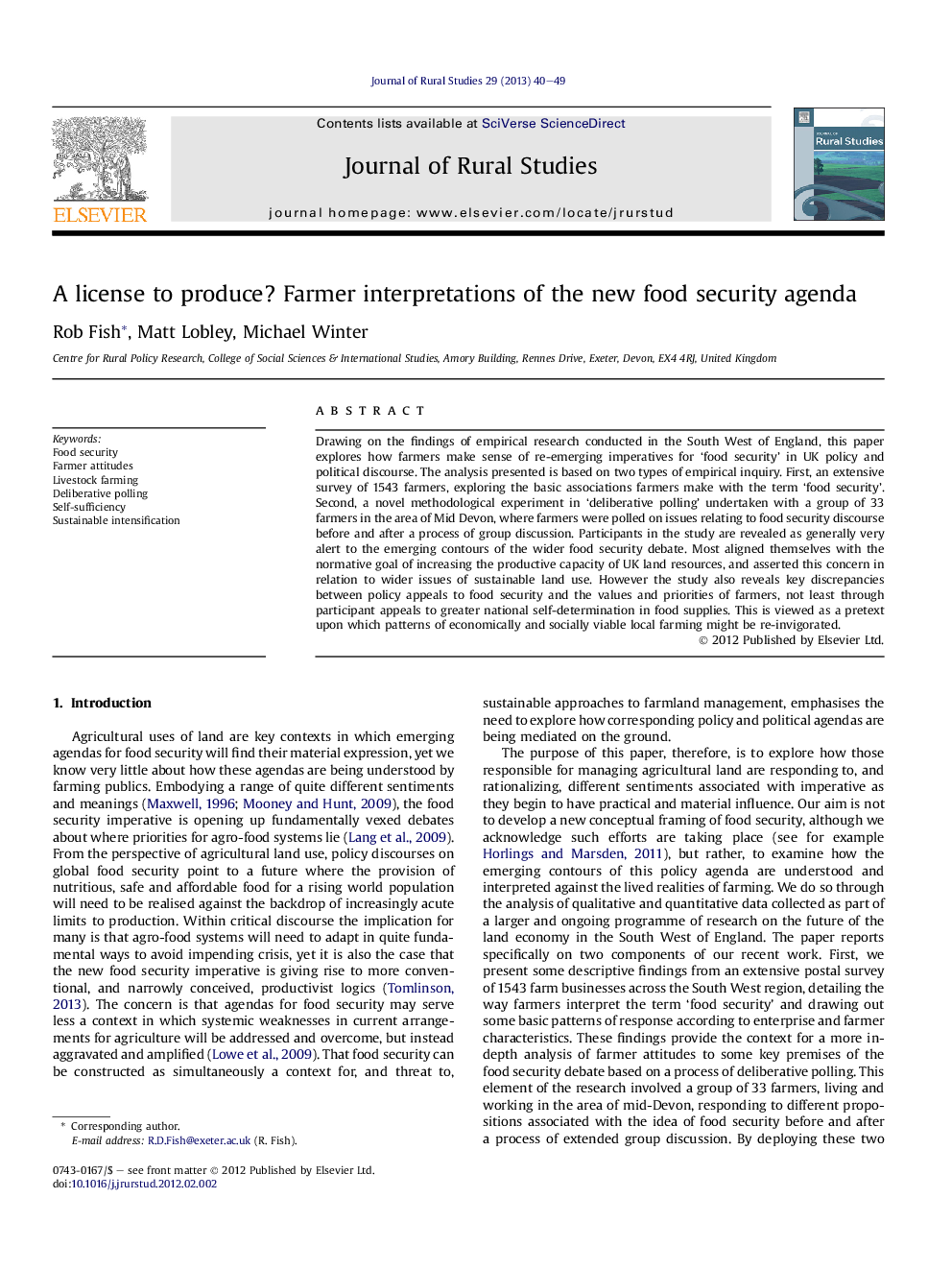 Drawing on the findings of empirical research conducted in the South West of England, this paper explores how farmers make sense of re-emerging imperatives for ‘food security’ in UK policy and political discourse. The analysis presented is based on two types of empirical inquiry. First, an extensive survey of 1543 farmers, exploring the basic associations farmers make with the term ‘food security’. Second, a novel methodological experiment in ‘deliberative polling’ undertaken with a group of 33 farmers in the area of Mid Devon, where farmers were polled on issues relating to food security discourse before and after a process of group discussion. Participants in the study are revealed as generally very alert to the emerging contours of the wider food security debate. Most aligned themselves with the normative goal of increasing the productive capacity of UK land resources, and asserted this concern in relation to wider issues of sustainable land use. However the study also reveals key discrepancies between policy appeals to food security and the values and priorities of farmers, not least through participant appeals to greater national self-determination in food supplies. This is viewed as a pretext upon which patterns of economically and socially viable local farming might be re-invigorated.