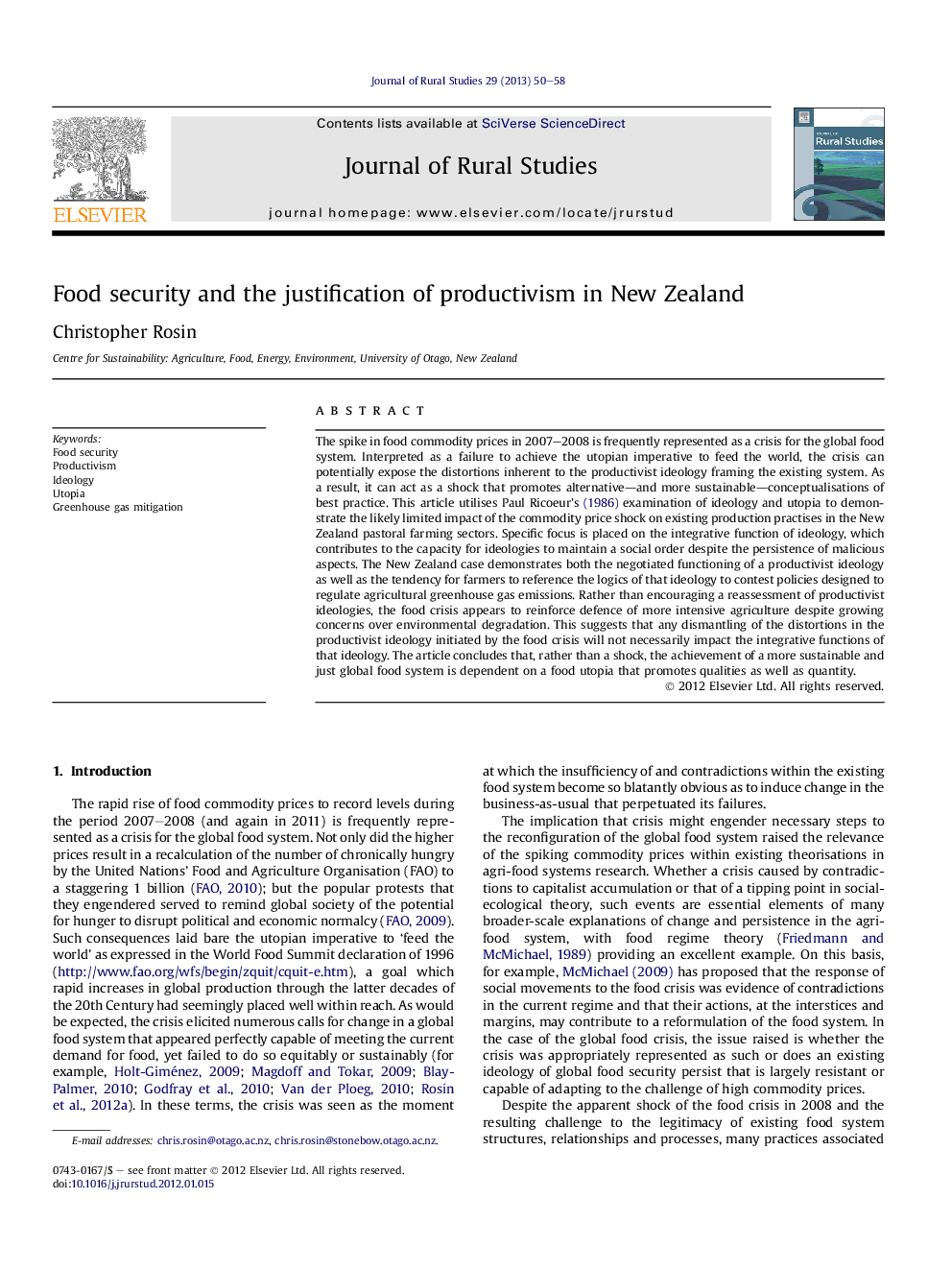 The spike in food commodity prices in 2007–2008 is frequently represented as a crisis for the global food system. Interpreted as a failure to achieve the utopian imperative to feed the world, the crisis can potentially expose the distortions inherent to the productivist ideology framing the existing system. As a result, it can act as a shock that promotes alternative—and more sustainable—conceptualisations of best practice. This article utilises Paul Ricoeur's (1986) examination of ideology and utopia to demonstrate the likely limited impact of the commodity price shock on existing production practises in the New Zealand pastoral farming sectors. Specific focus is placed on the integrative function of ideology, which contributes to the capacity for ideologies to maintain a social order despite the persistence of malicious aspects. The New Zealand case demonstrates both the negotiated functioning of a productivist ideology as well as the tendency for farmers to reference the logics of that ideology to contest policies designed to regulate agricultural greenhouse gas emissions. Rather than encouraging a reassessment of productivist ideologies, the food crisis appears to reinforce defence of more intensive agriculture despite growing concerns over environmental degradation. This suggests that any dismantling of the distortions in the productivist ideology initiated by the food crisis will not necessarily impact the integrative functions of that ideology. The article concludes that, rather than a shock, the achievement of a more sustainable and just global food system is dependent on a food utopia that promotes qualities as well as quantity.