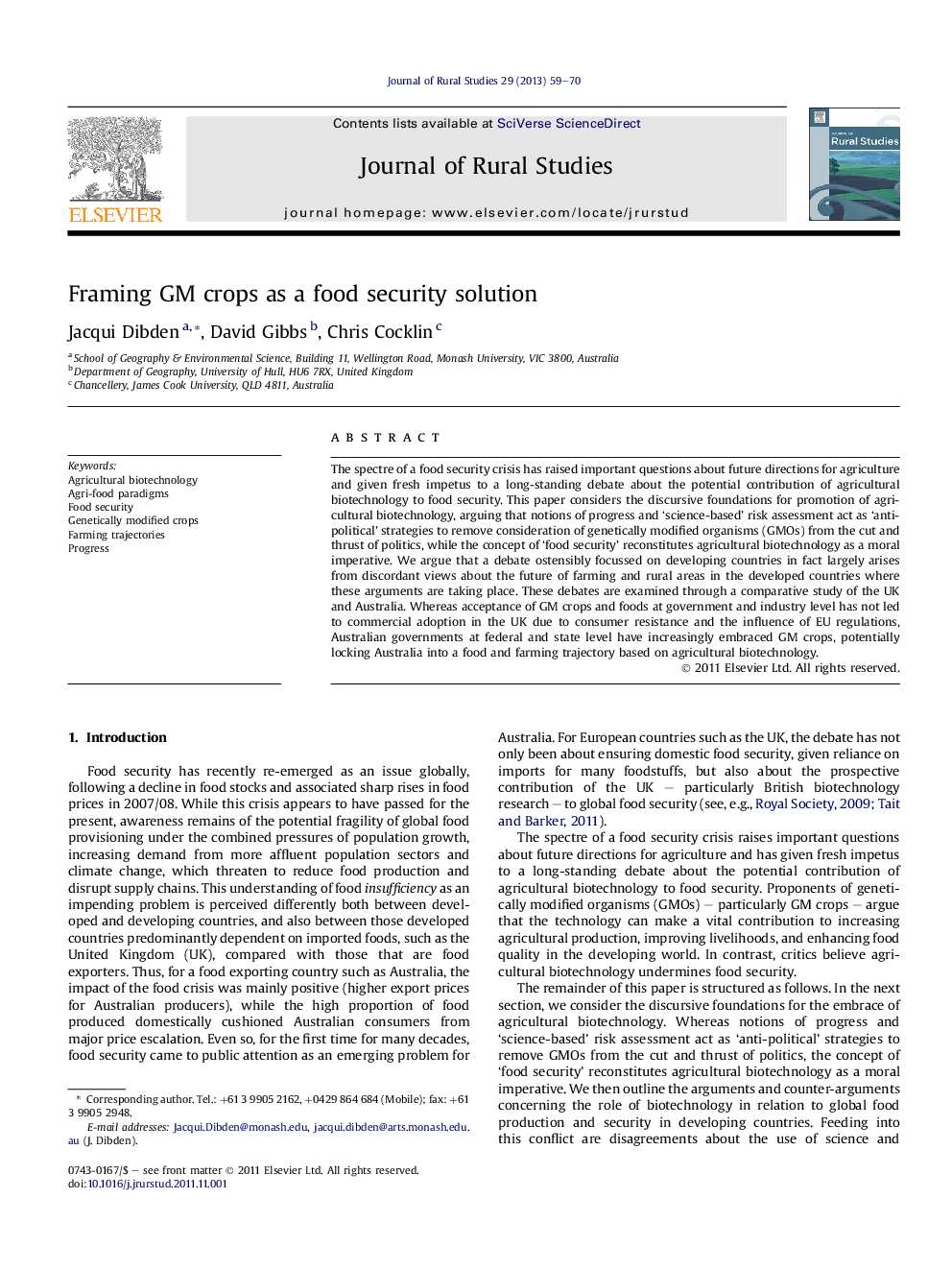 The spectre of a food security crisis has raised important questions about future directions for agriculture and given fresh impetus to a long-standing debate about the potential contribution of agricultural biotechnology to food security. This paper considers the discursive foundations for promotion of agricultural biotechnology, arguing that notions of progress and ‘science-based’ risk assessment act as ‘anti-political’ strategies to remove consideration of genetically modified organisms (GMOs) from the cut and thrust of politics, while the concept of ‘food security’ reconstitutes agricultural biotechnology as a moral imperative. We argue that a debate ostensibly focussed on developing countries in fact largely arises from discordant views about the future of farming and rural areas in the developed countries where these arguments are taking place. These debates are examined through a comparative study of the UK and Australia. Whereas acceptance of GM crops and foods at government and industry level has not led to commercial adoption in the UK due to consumer resistance and the influence of EU regulations, Australian governments at federal and state level have increasingly embraced GM crops, potentially locking Australia into a food and farming trajectory based on agricultural biotechnology.