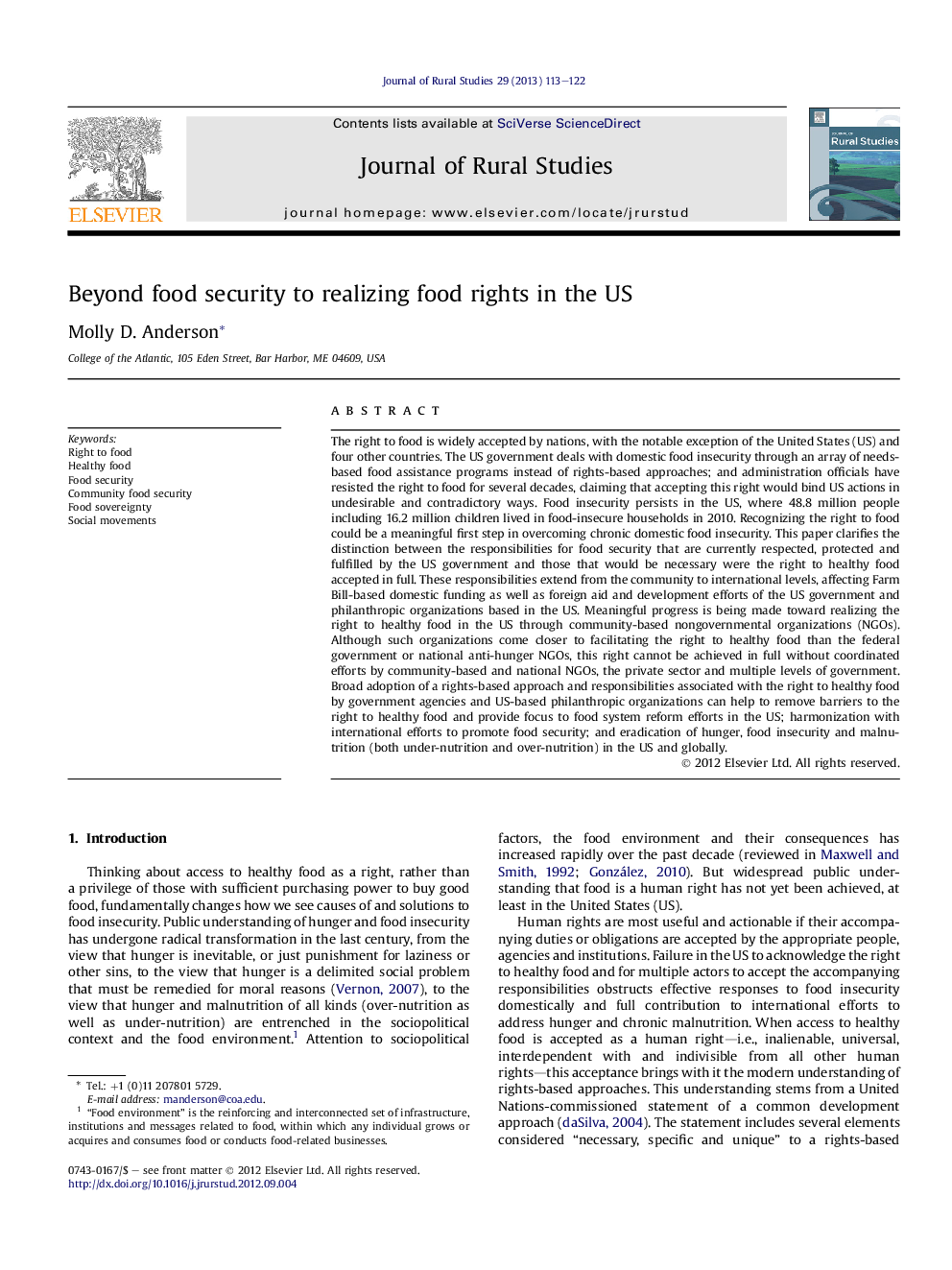 The right to food is widely accepted by nations, with the notable exception of the United States (US) and four other countries. The US government deals with domestic food insecurity through an array of needs-based food assistance programs instead of rights-based approaches; and administration officials have resisted the right to food for several decades, claiming that accepting this right would bind US actions in undesirable and contradictory ways. Food insecurity persists in the US, where 48.8 million people including 16.2 million children lived in food-insecure households in 2010. Recognizing the right to food could be a meaningful first step in overcoming chronic domestic food insecurity. This paper clarifies the distinction between the responsibilities for food security that are currently respected, protected and fulfilled by the US government and those that would be necessary were the right to healthy food accepted in full. These responsibilities extend from the community to international levels, affecting Farm Bill-based domestic funding as well as foreign aid and development efforts of the US government and philanthropic organizations based in the US. Meaningful progress is being made toward realizing the right to healthy food in the US through community-based nongovernmental organizations (NGOs). Although such organizations come closer to facilitating the right to healthy food than the federal government or national anti-hunger NGOs, this right cannot be achieved in full without coordinated efforts by community-based and national NGOs, the private sector and multiple levels of government. Broad adoption of a rights-based approach and responsibilities associated with the right to healthy food by government agencies and US-based philanthropic organizations can help to remove barriers to the right to healthy food and provide focus to food system reform efforts in the US; harmonization with international efforts to promote food security; and eradication of hunger, food insecurity and malnutrition (both under-nutrition and over-nutrition) in the US and globally.