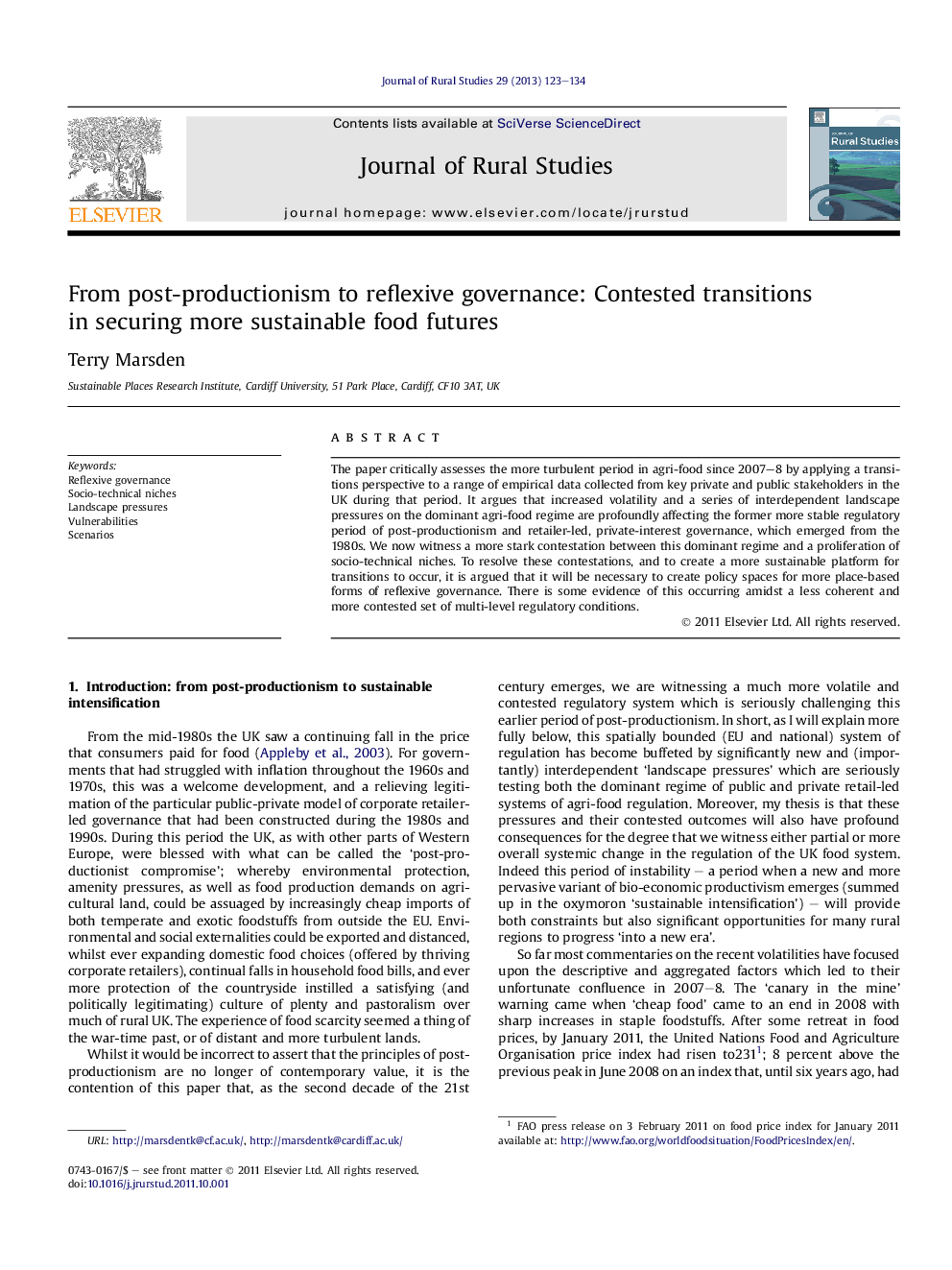 The paper critically assesses the more turbulent period in agri-food since 2007–8 by applying a transitions perspective to a range of empirical data collected from key private and public stakeholders in the UK during that period. It argues that increased volatility and a series of interdependent landscape pressures on the dominant agri-food regime are profoundly affecting the former more stable regulatory period of post-productionism and retailer-led, private-interest governance, which emerged from the 1980s. We now witness a more stark contestation between this dominant regime and a proliferation of socio-technical niches. To resolve these contestations, and to create a more sustainable platform for transitions to occur, it is argued that it will be necessary to create policy spaces for more place-based forms of reflexive governance. There is some evidence of this occurring amidst a less coherent and more contested set of multi-level regulatory conditions.