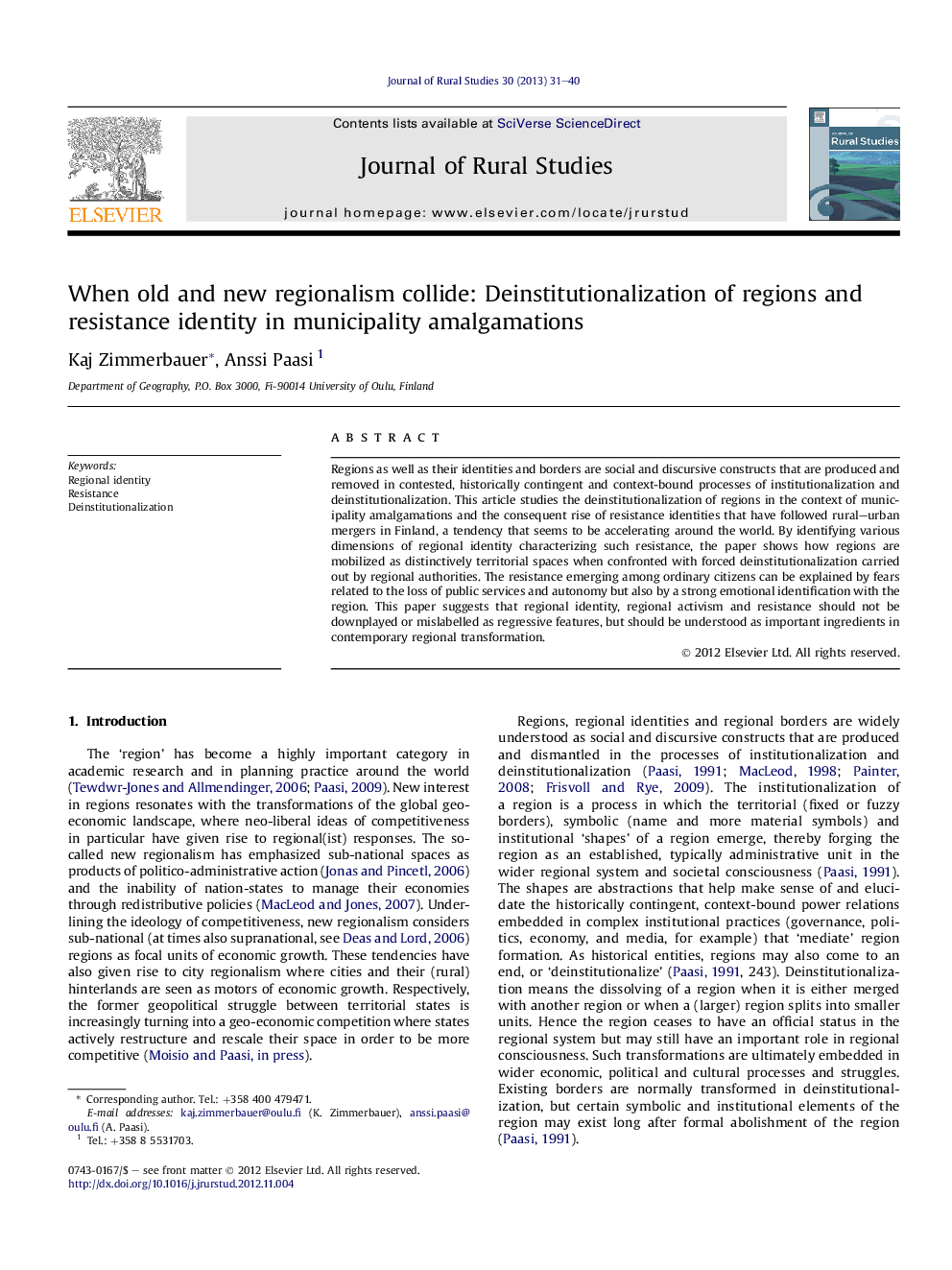 Regions as well as their identities and borders are social and discursive constructs that are produced and removed in contested, historically contingent and context-bound processes of institutionalization and deinstitutionalization. This article studies the deinstitutionalization of regions in the context of municipality amalgamations and the consequent rise of resistance identities that have followed rural–urban mergers in Finland, a tendency that seems to be accelerating around the world. By identifying various dimensions of regional identity characterizing such resistance, the paper shows how regions are mobilized as distinctively territorial spaces when confronted with forced deinstitutionalization carried out by regional authorities. The resistance emerging among ordinary citizens can be explained by fears related to the loss of public services and autonomy but also by a strong emotional identification with the region. This paper suggests that regional identity, regional activism and resistance should not be downplayed or mislabelled as regressive features, but should be understood as important ingredients in contemporary regional transformation.

► Amalgamation processes in which regions are deinstitutionalized can trigger activism.
► Activism and resistance can be explained by strong identification with the region.
► Regional identity is not a regressive feature, but it can hinder the restructuring processes.