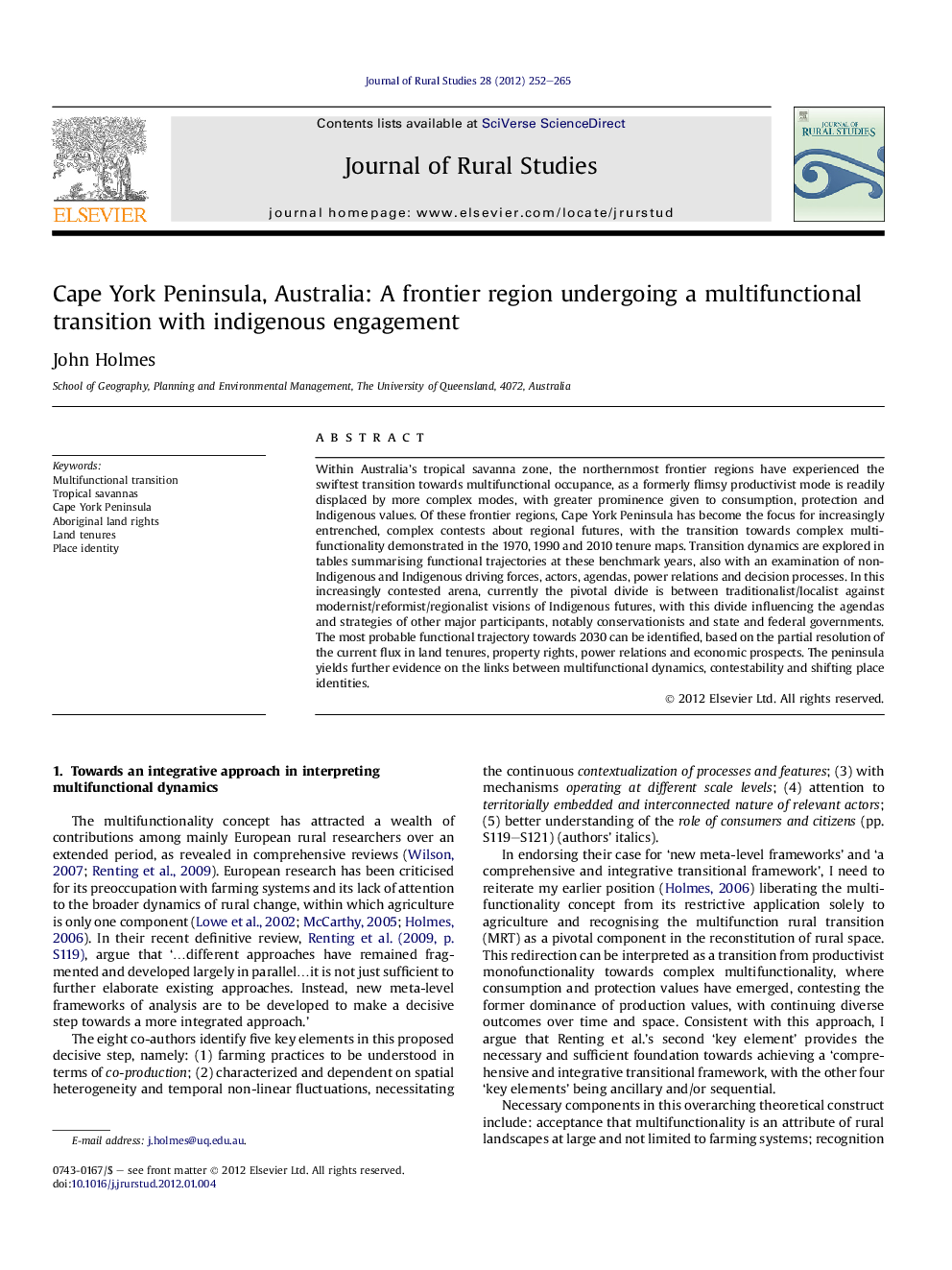 Within Australia’s tropical savanna zone, the northernmost frontier regions have experienced the swiftest transition towards multifunctional occupance, as a formerly flimsy productivist mode is readily displaced by more complex modes, with greater prominence given to consumption, protection and Indigenous values. Of these frontier regions, Cape York Peninsula has become the focus for increasingly entrenched, complex contests about regional futures, with the transition towards complex multifunctionality demonstrated in the 1970, 1990 and 2010 tenure maps. Transition dynamics are explored in tables summarising functional trajectories at these benchmark years, also with an examination of non-Indigenous and Indigenous driving forces, actors, agendas, power relations and decision processes. In this increasingly contested arena, currently the pivotal divide is between traditionalist/localist against modernist/reformist/regionalist visions of Indigenous futures, with this divide influencing the agendas and strategies of other major participants, notably conservationists and state and federal governments. The most probable functional trajectory towards 2030 can be identified, based on the partial resolution of the current flux in land tenures, property rights, power relations and economic prospects. The peninsula yields further evidence on the links between multifunctional dynamics, contestability and shifting place identities.

► Cape York has undergone a rapid transition towards complex multifunctional occupance.
► The transition has been driven by emergent Indigenous and conservation values.
► This transition is documented in the 1970, 1990 and 2010 land tenure maps.
► Driving forces, actors, power relations and decision processes are scrutinised.
► The region’s functionality and identity remain contested, uncertain and in process.