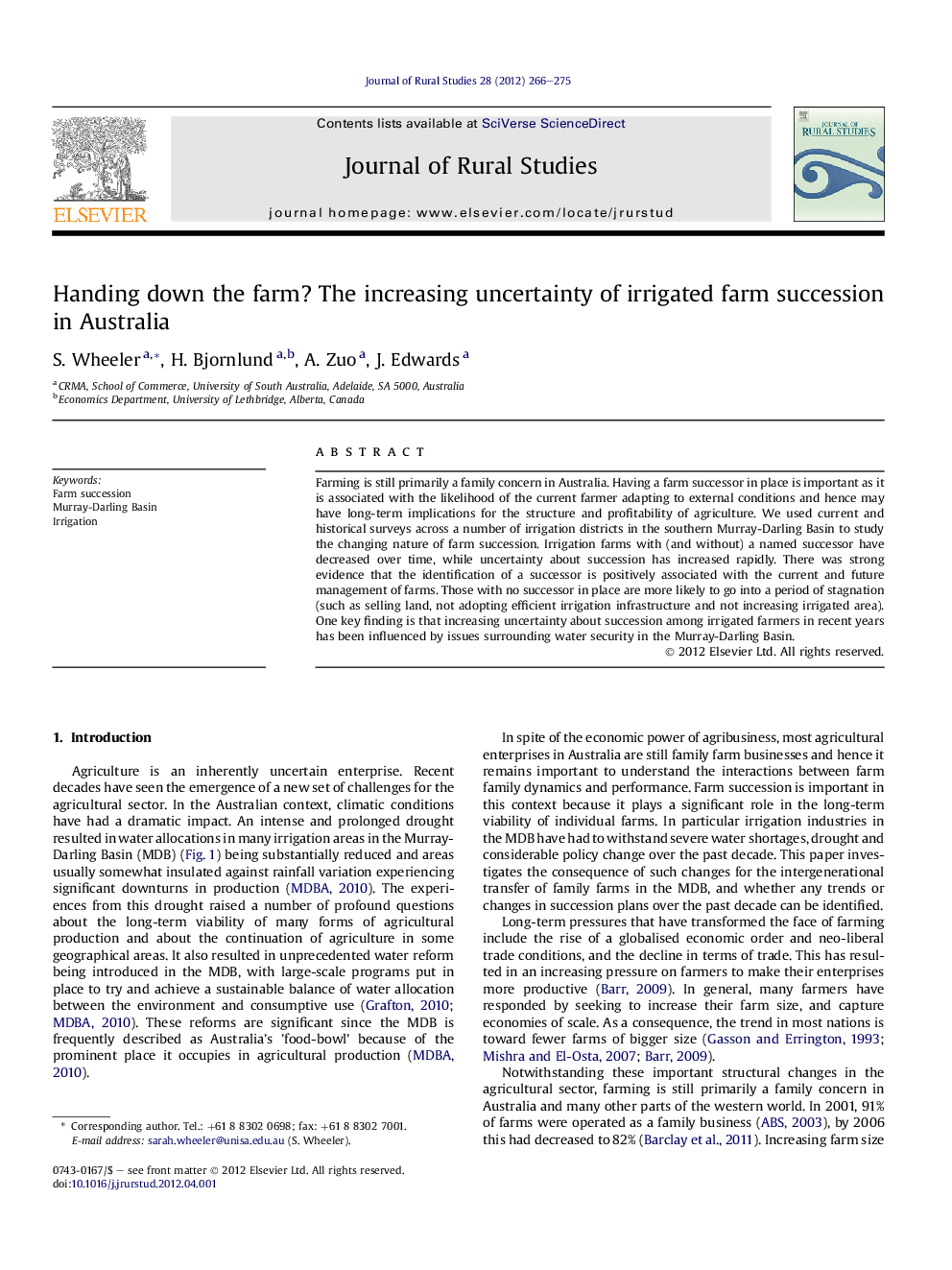 Farming is still primarily a family concern in Australia. Having a farm successor in place is important as it is associated with the likelihood of the current farmer adapting to external conditions and hence may have long-term implications for the structure and profitability of agriculture. We used current and historical surveys across a number of irrigation districts in the southern Murray-Darling Basin to study the changing nature of farm succession. Irrigation farms with (and without) a named successor have decreased over time, while uncertainty about succession has increased rapidly. There was strong evidence that the identification of a successor is positively associated with the current and future management of farms. Those with no successor in place are more likely to go into a period of stagnation (such as selling land, not adopting efficient irrigation infrastructure and not increasing irrigated area). One key finding is that increasing uncertainty about succession among irrigated farmers in recent years has been influenced by issues surrounding water security in the Murray-Darling Basin.