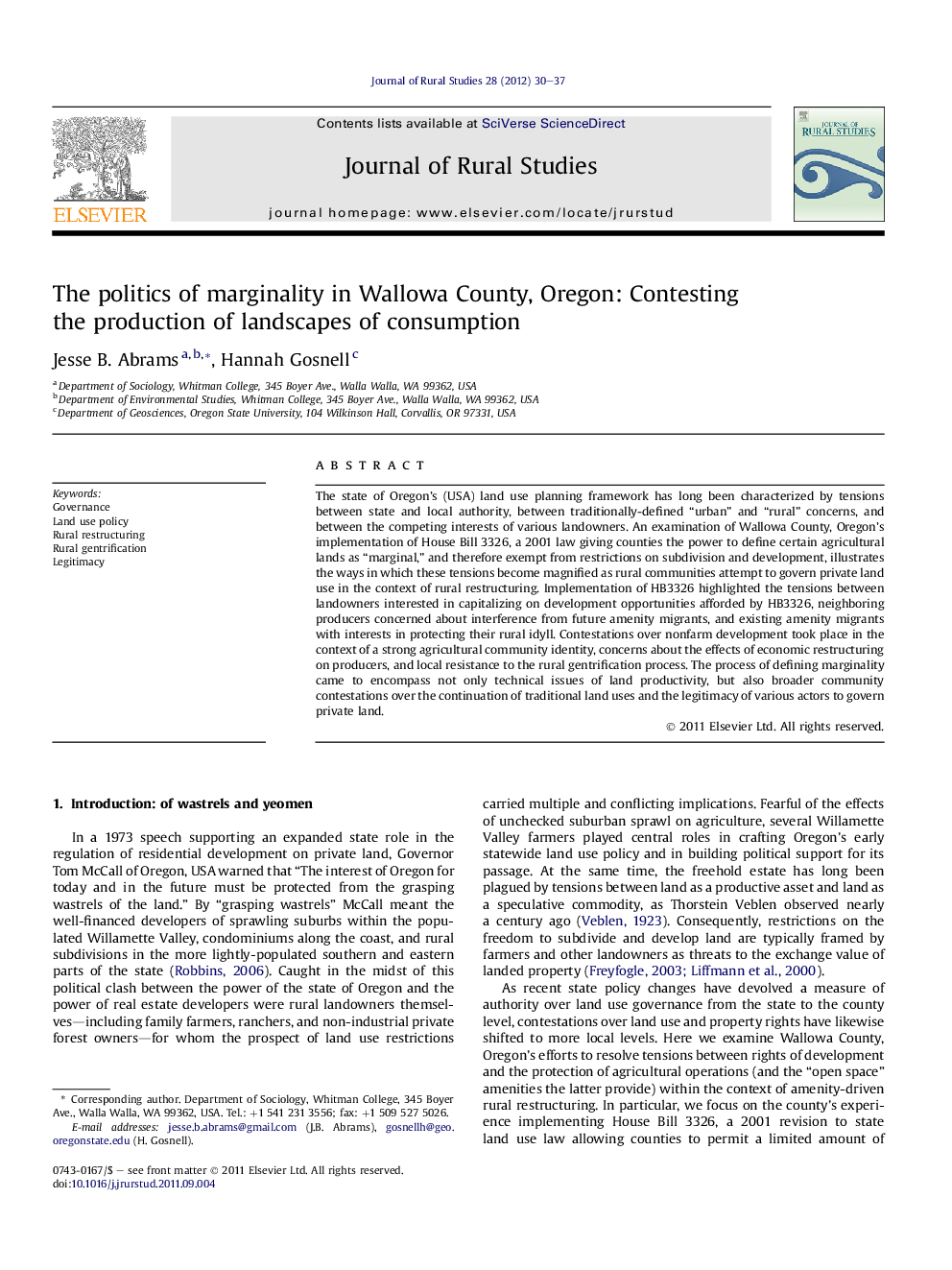 The state of Oregon’s (USA) land use planning framework has long been characterized by tensions between state and local authority, between traditionally-defined “urban” and “rural” concerns, and between the competing interests of various landowners. An examination of Wallowa County, Oregon’s implementation of House Bill 3326, a 2001 law giving counties the power to define certain agricultural lands as “marginal,” and therefore exempt from restrictions on subdivision and development, illustrates the ways in which these tensions become magnified as rural communities attempt to govern private land use in the context of rural restructuring. Implementation of HB3326 highlighted the tensions between landowners interested in capitalizing on development opportunities afforded by HB3326, neighboring producers concerned about interference from future amenity migrants, and existing amenity migrants with interests in protecting their rural idyll. Contestations over nonfarm development took place in the context of a strong agricultural community identity, concerns about the effects of economic restructuring on producers, and local resistance to the rural gentrification process. The process of defining marginality came to encompass not only technical issues of land productivity, but also broader community contestations over the continuation of traditional land uses and the legitimacy of various actors to govern private land.

► HB3326 is an Oregon state law allowing nonfarm residential development.
► We examine the politics of HB3326 within the context of rural restructuring.
► Defining “marginality” became a basis for contesting gentrification.
► Novel alignments of producers and amenity landowners occurred.
► Multiple actors drew on the symbolic power of localism to claim legitimacy.