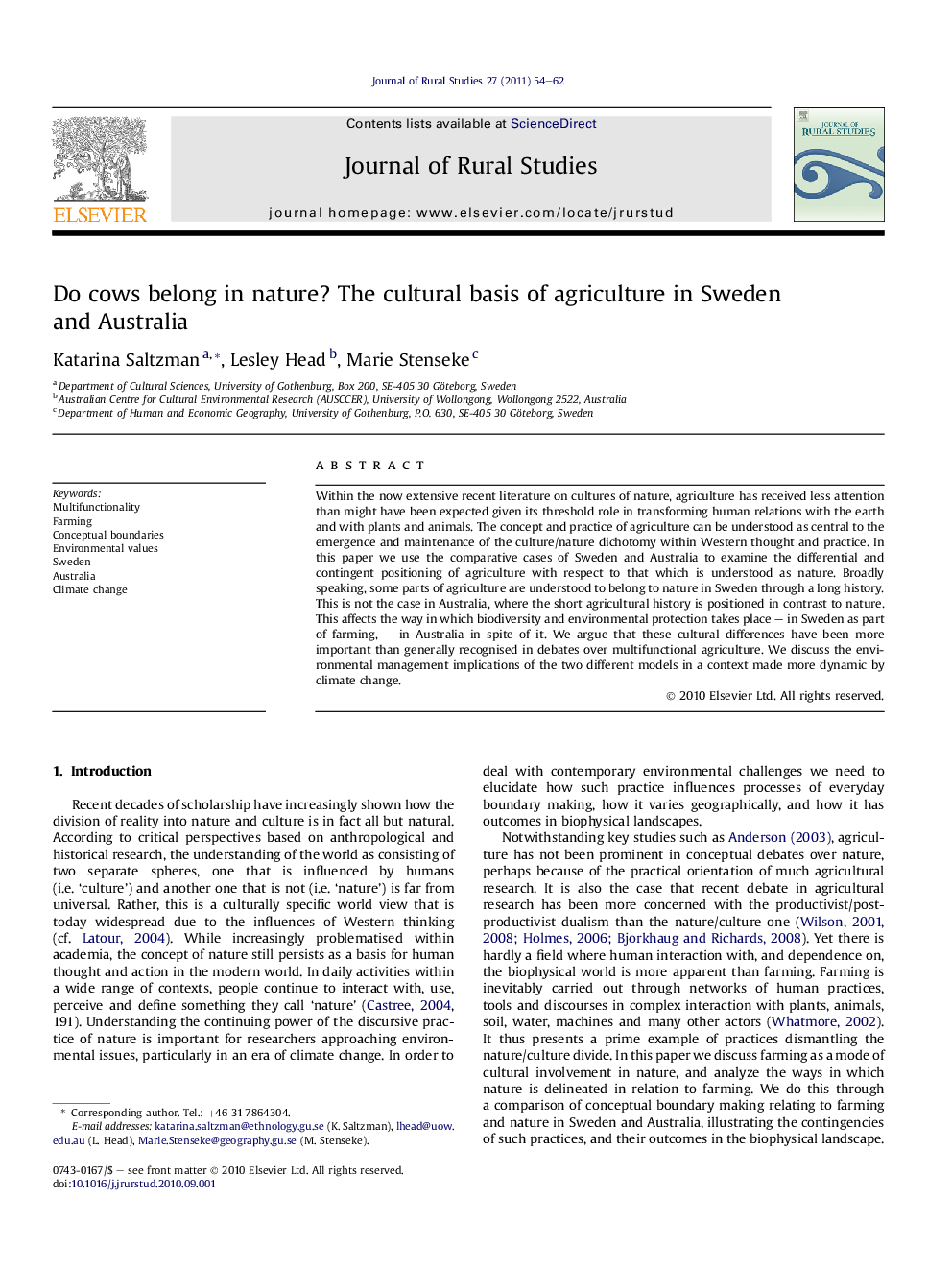 Within the now extensive recent literature on cultures of nature, agriculture has received less attention than might have been expected given its threshold role in transforming human relations with the earth and with plants and animals. The concept and practice of agriculture can be understood as central to the emergence and maintenance of the culture/nature dichotomy within Western thought and practice. In this paper we use the comparative cases of Sweden and Australia to examine the differential and contingent positioning of agriculture with respect to that which is understood as nature. Broadly speaking, some parts of agriculture are understood to belong to nature in Sweden through a long history. This is not the case in Australia, where the short agricultural history is positioned in contrast to nature. This affects the way in which biodiversity and environmental protection takes place – in Sweden as part of farming, – in Australia in spite of it. We argue that these cultural differences have been more important than generally recognised in debates over multifunctional agriculture. We discuss the environmental management implications of the two different models in a context made more dynamic by climate change.