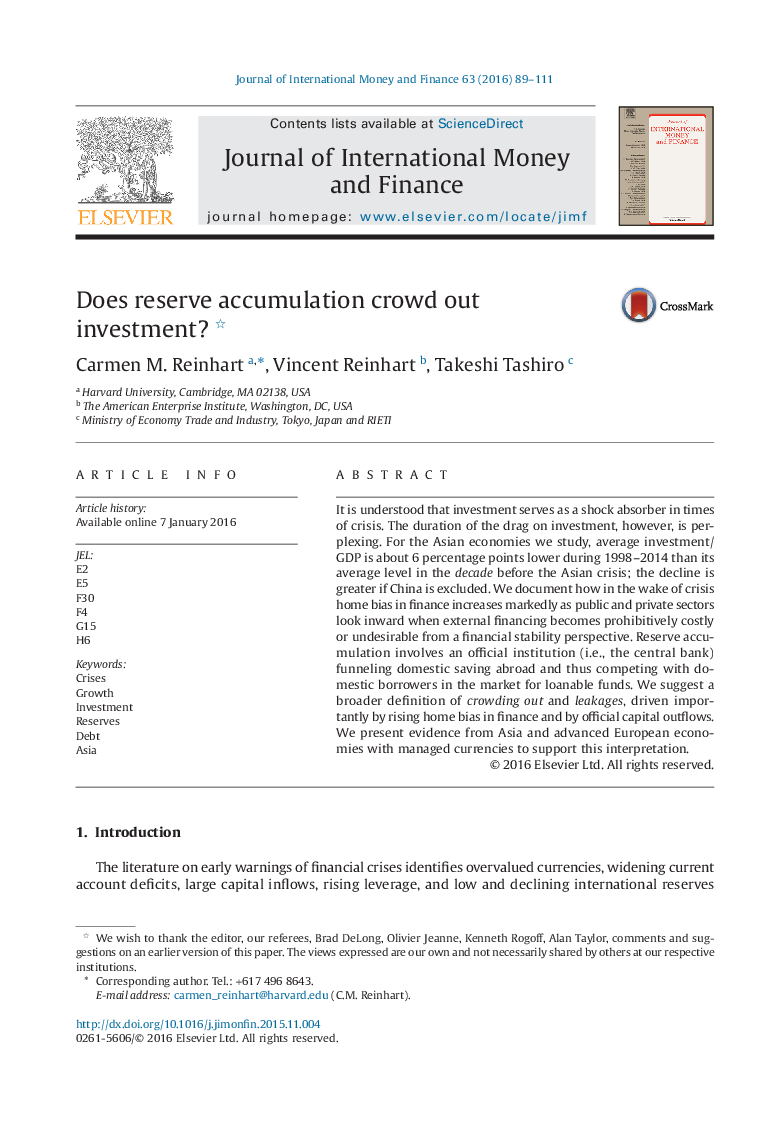 • There is a marked and sustained decline in investment/GDP ratios in several Asian economies since the 1998 crisis.
• Domestic borrowing supplanted external borrowing in wake of crisis; home bias in finance increased in Asia.
• As central banks accumulate reserves, they funnel domestic saving abroad (official capital outflows).
• A broader definition of crowding out and leakages, driven by rising home bias in finance and by official capital outflows, helps to explain the drop in investment.
• We present evidence from Asian economies with managed currencies to support this interpretation.

It is understood that investment serves as a shock absorber in times of crisis. The duration of the drag on investment, however, is perplexing. For the Asian economies we study, average investment/GDP is about 6 percentage points lower during 1998–2014 than its average level in the decade before the Asian crisis; the decline is greater if China is excluded. We document how in the wake of crisis home bias in finance increases markedly as public and private sectors look inward when external financing becomes prohibitively costly or undesirable from a financial stability perspective. Reserve accumulation involves an official institution (i.e., the central bank) funneling domestic saving abroad and thus competing with domestic borrowers in the market for loanable funds. We suggest a broader definition of crowding out and leakages, driven importantly by rising home bias in finance and by official capital outflows. We present evidence from Asia and advanced European economies with managed currencies to support this interpretation.