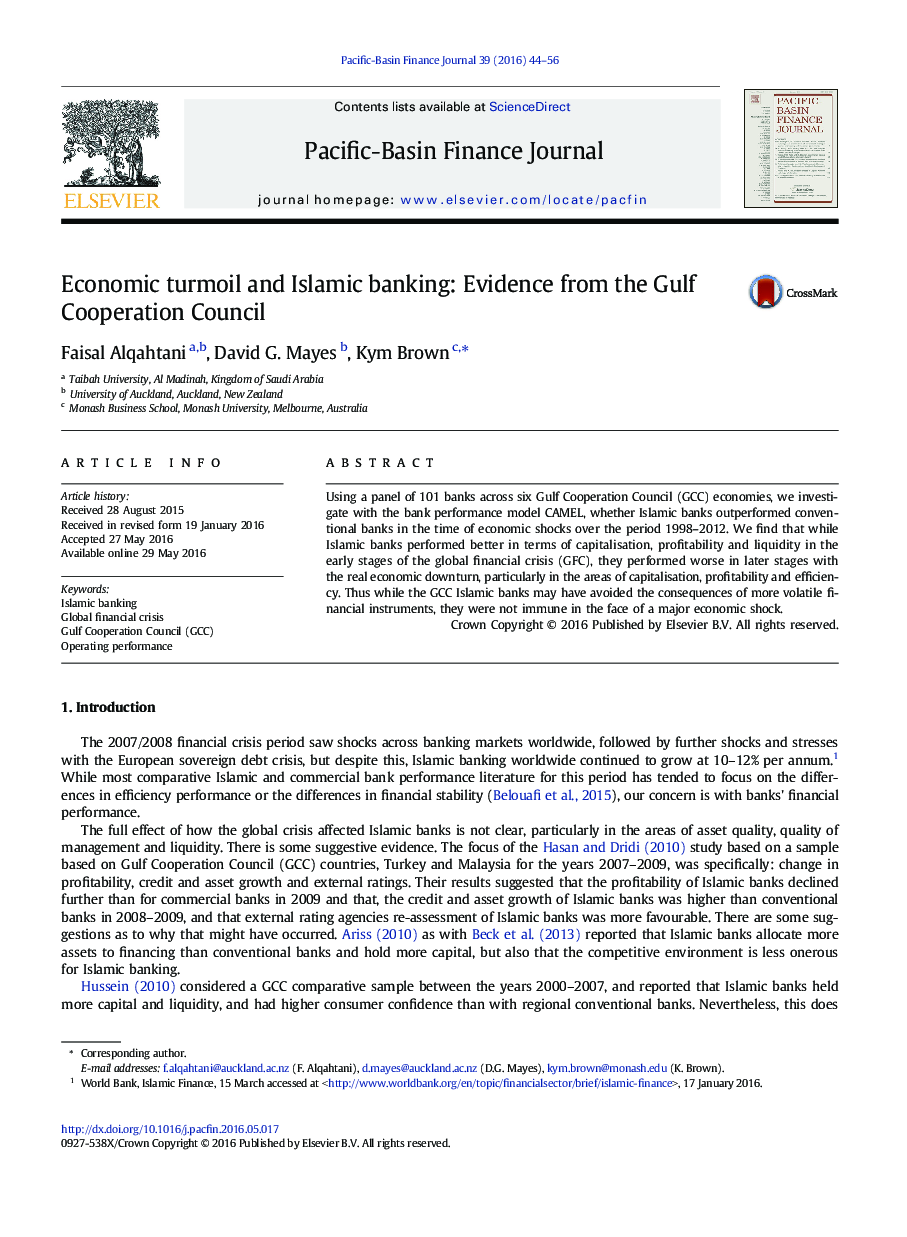 Using a panel of 101 banks across six Gulf Cooperation Council (GCC) economies, we investigate with the bank performance model CAMEL, whether Islamic banks outperformed conventional banks in the time of economic shocks over the period 1998–2012. We find that while Islamic banks performed better in terms of capitalisation, profitability and liquidity in the early stages of the global financial crisis (GFC), they performed worse in later stages with the real economic downturn, particularly in the areas of capitalisation, profitability and efficiency. Thus while the GCC Islamic banks may have avoided the consequences of more volatile financial instruments, they were not immune in the face of a major economic shock.