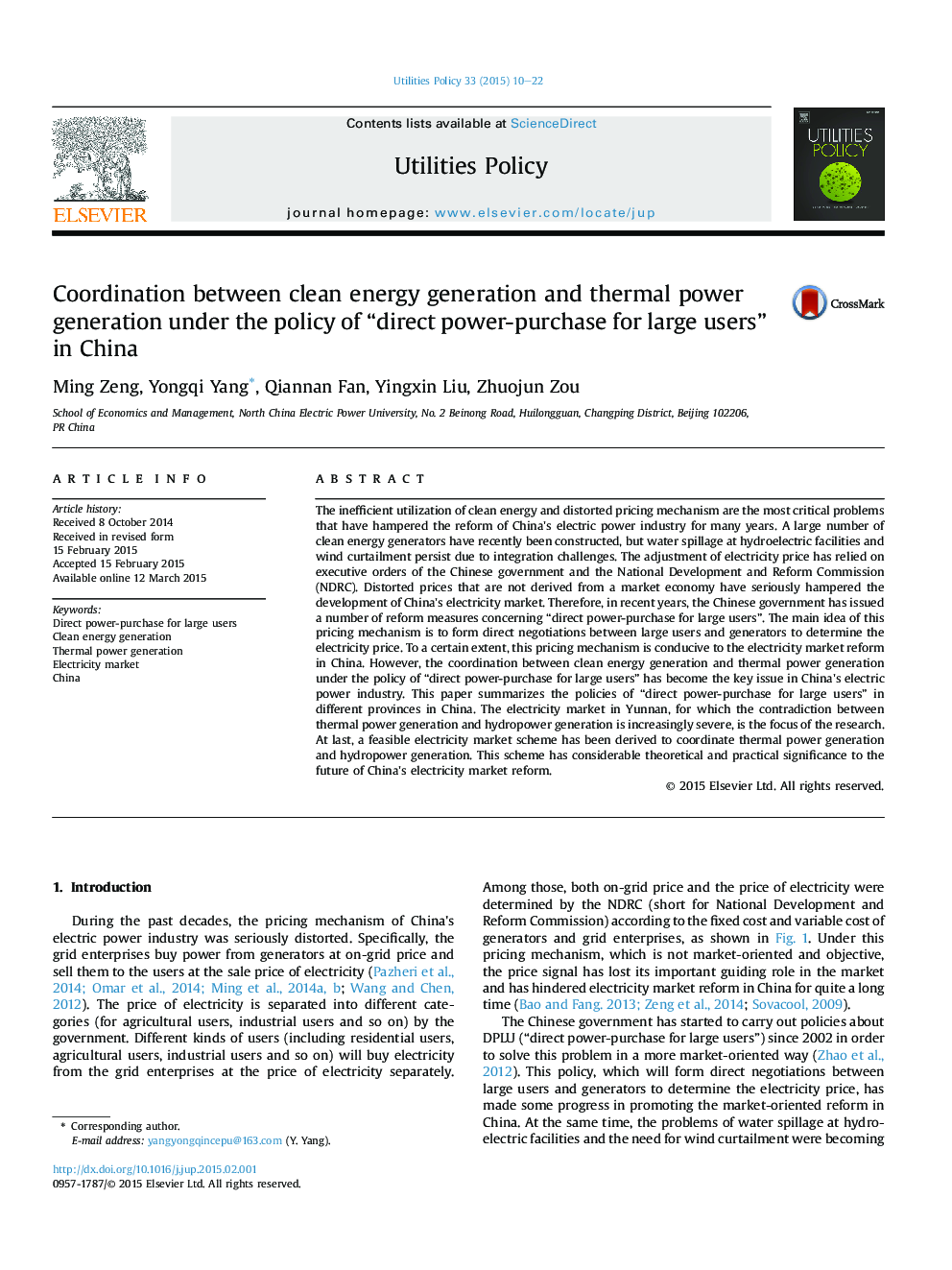 • We presented the core idea of DPLU.
• Independent market was derived to ensure universal service of electricity industry.
• We proposed several measures to solve cascading effect between hydropower plants.
• Optimized planning is an important way to improve the utilization of clean energy.
• Experiences in Yunnan are applicable to other geographic locations.

The inefficient utilization of clean energy and distorted pricing mechanism are the most critical problems that have hampered the reform of China's electric power industry for many years. A large number of clean energy generators have recently been constructed, but water spillage at hydroelectric facilities and wind curtailment persist due to integration challenges. The adjustment of electricity price has relied on executive orders of the Chinese government and the National Development and Reform Commission (NDRC). Distorted prices that are not derived from a market economy have seriously hampered the development of China's electricity market. Therefore, in recent years, the Chinese government has issued a number of reform measures concerning “direct power-purchase for large users”. The main idea of this pricing mechanism is to form direct negotiations between large users and generators to determine the electricity price. To a certain extent, this pricing mechanism is conducive to the electricity market reform in China. However, the coordination between clean energy generation and thermal power generation under the policy of “direct power-purchase for large users” has become the key issue in China's electric power industry. This paper summarizes the policies of “direct power-purchase for large users” in different provinces in China. The electricity market in Yunnan, for which the contradiction between thermal power generation and hydropower generation is increasingly severe, is the focus of the research. At last, a feasible electricity market scheme has been derived to coordinate thermal power generation and hydropower generation. This scheme has considerable theoretical and practical significance to the future of China's electricity market reform.