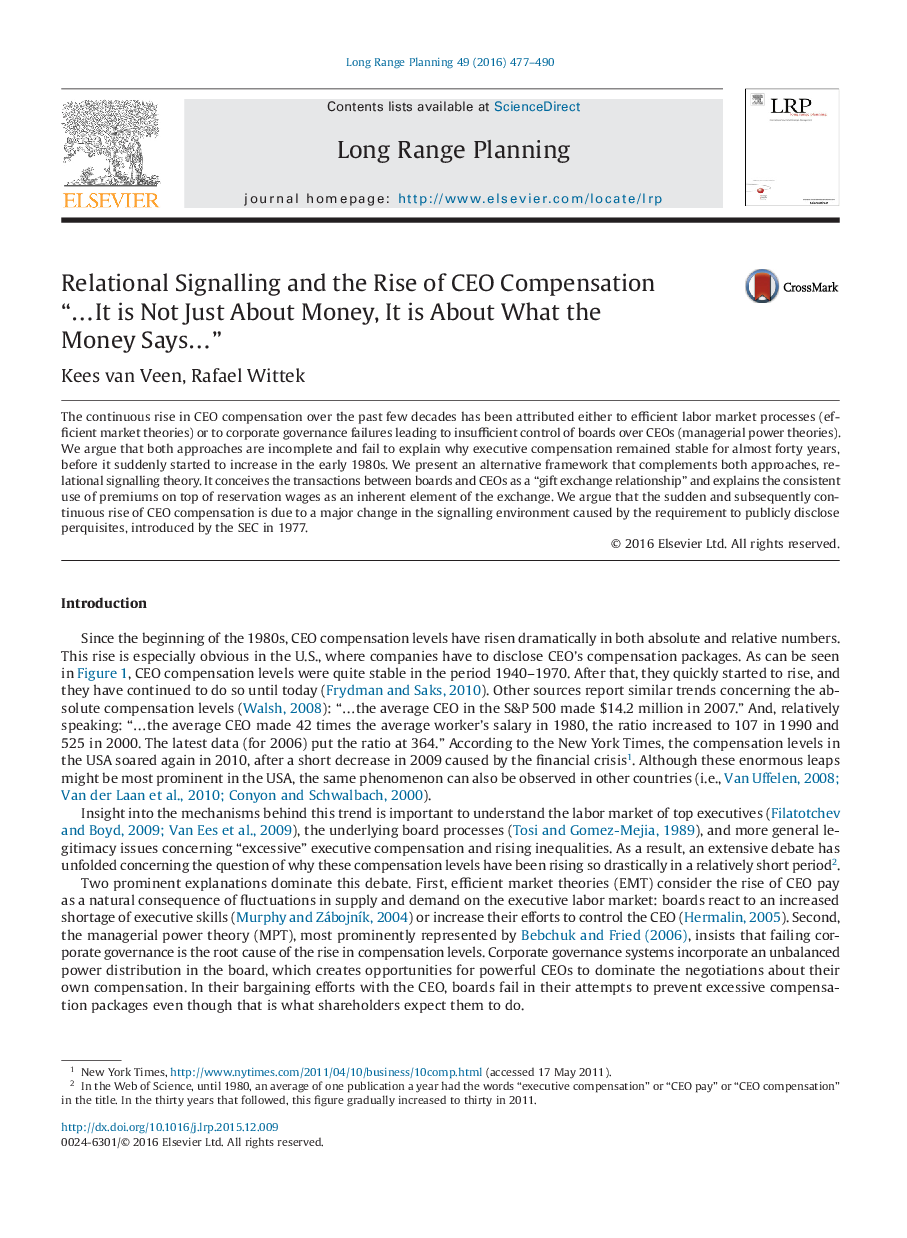 The continuous rise in CEO compensation over the past few decades has been attributed either to efficient labor market processes (efficient market theories) or to corporate governance failures leading to insufficient control of boards over CEOs (managerial power theories). We argue that both approaches are incomplete and fail to explain why executive compensation remained stable for almost forty years, before it suddenly started to increase in the early 1980s. We present an alternative framework that complements both approaches, relational signalling theory. It conceives the transactions between boards and CEOs as a “gift exchange relationship” and explains the consistent use of premiums on top of reservation wages as an inherent element of the exchange. We argue that the sudden and subsequently continuous rise of CEO compensation is due to a major change in the signalling environment caused by the requirement to publicly disclose perquisites, introduced by the SEC in 1977.