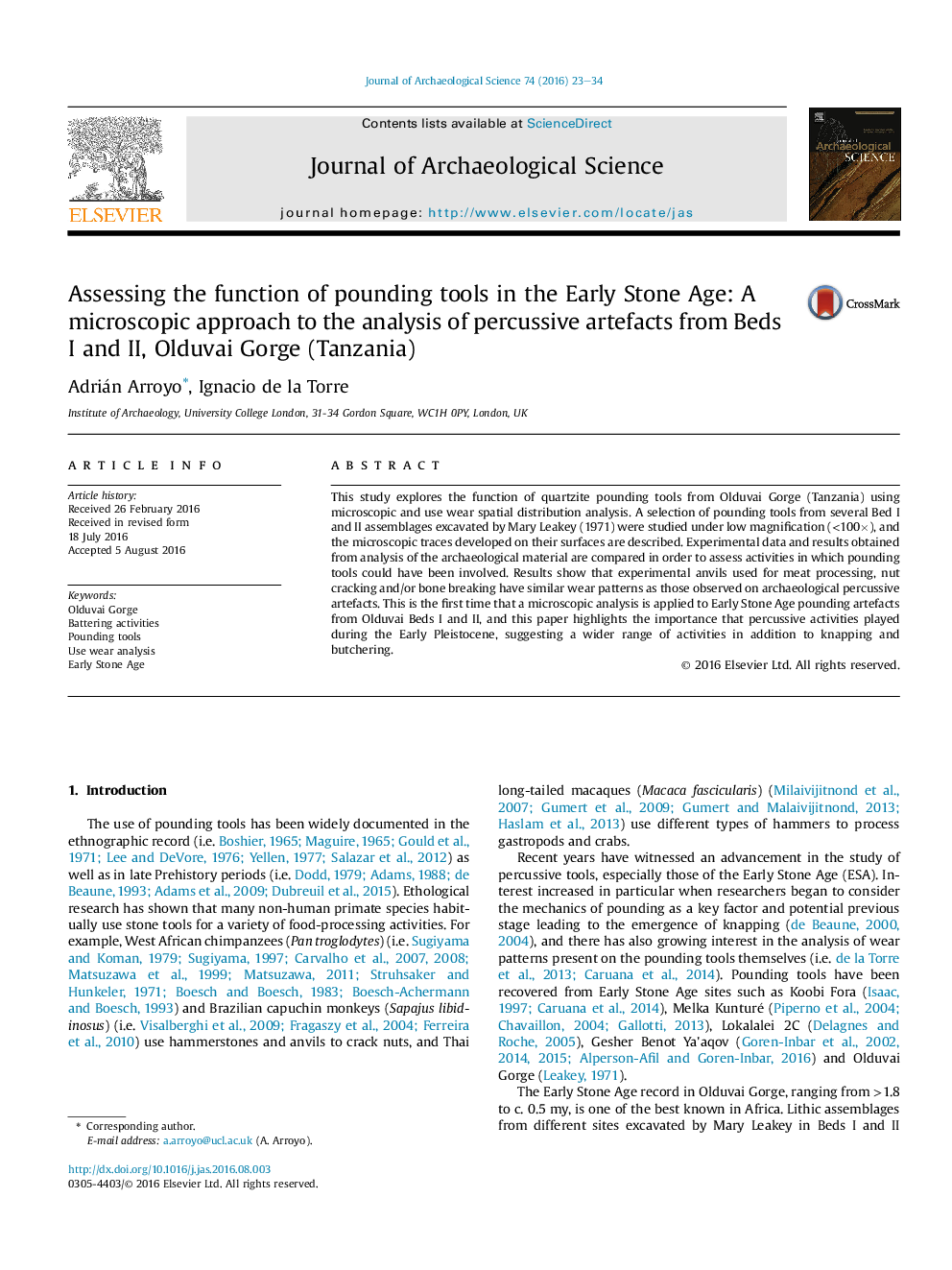 • A selection of pounding tools from Olduvai Gorge Beds I & II are analysed.
• Our analysis uses a microscopic and spatial distribution analysis approach.
• We compare the results with experimental material already published.
• The aim is to reconstruct percussive activities during the Early Stone Age.

This study explores the function of quartzite pounding tools from Olduvai Gorge (Tanzania) using microscopic and use wear spatial distribution analysis. A selection of pounding tools from several Bed I and II assemblages excavated by Mary Leakey (1971) were studied under low magnification (<100×), and the microscopic traces developed on their surfaces are described. Experimental data and results obtained from analysis of the archaeological material are compared in order to assess activities in which pounding tools could have been involved. Results show that experimental anvils used for meat processing, nut cracking and/or bone breaking have similar wear patterns as those observed on archaeological percussive artefacts. This is the first time that a microscopic analysis is applied to Early Stone Age pounding artefacts from Olduvai Beds I and II, and this paper highlights the importance that percussive activities played during the Early Pleistocene, suggesting a wider range of activities in addition to knapping and butchering.