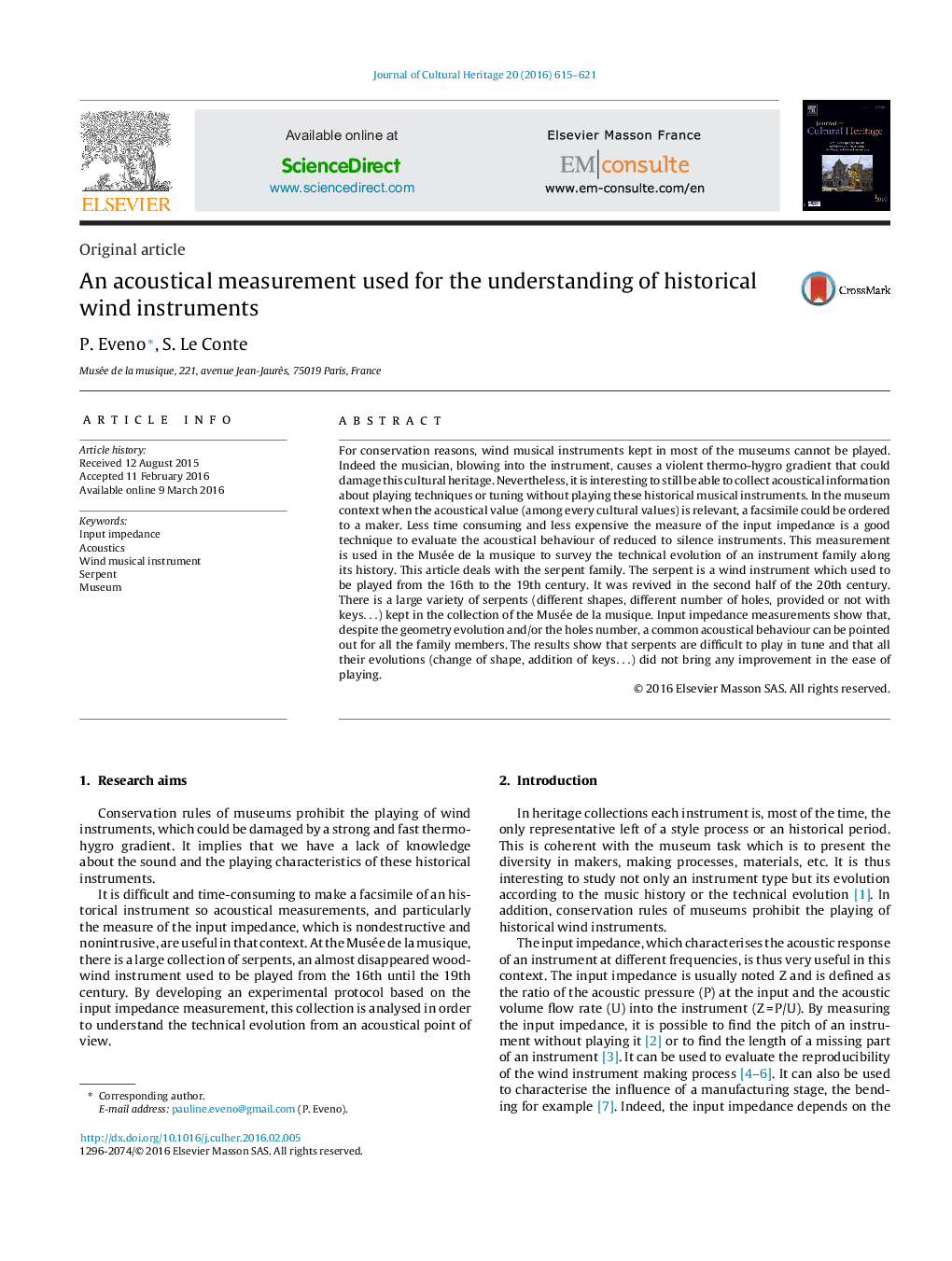 For conservation reasons, wind musical instruments kept in most of the museums cannot be played. Indeed the musician, blowing into the instrument, causes a violent thermo-hygro gradient that could damage this cultural heritage. Nevertheless, it is interesting to still be able to collect acoustical information about playing techniques or tuning without playing these historical musical instruments. In the museum context when the acoustical value (among every cultural values) is relevant, a facsimile could be ordered to a maker. Less time consuming and less expensive the measure of the input impedance is a good technique to evaluate the acoustical behaviour of reduced to silence instruments. This measurement is used in the Musée de la musique to survey the technical evolution of an instrument family along its history. This article deals with the serpent family. The serpent is a wind instrument which used to be played from the 16th to the 19th century. It was revived in the second half of the 20th century. There is a large variety of serpents (different shapes, different number of holes, provided or not with keys…) kept in the collection of the Musée de la musique. Input impedance measurements show that, despite the geometry evolution and/or the holes number, a common acoustical behaviour can be pointed out for all the family members. The results show that serpents are difficult to play in tune and that all their evolutions (change of shape, addition of keys…) did not bring any improvement in the ease of playing.