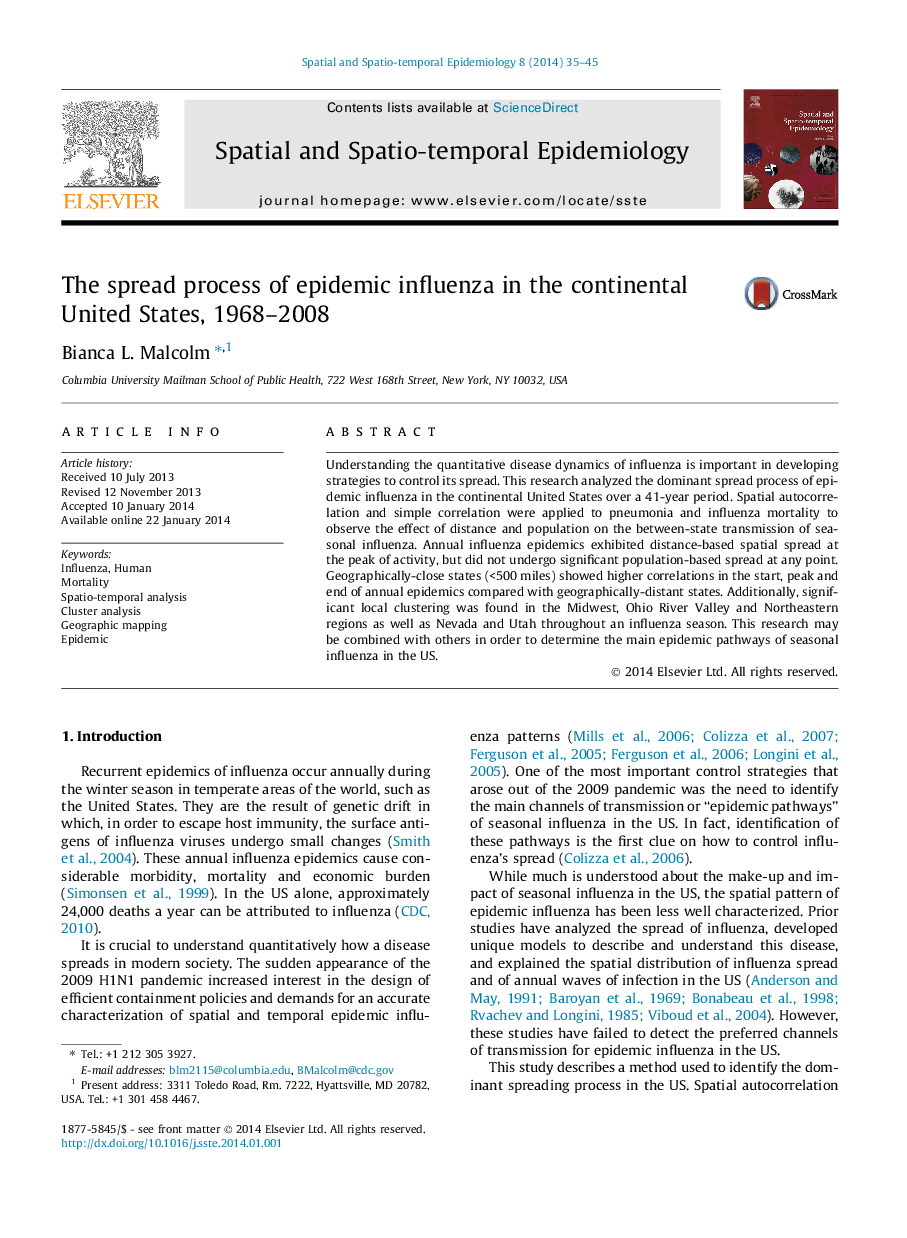 • This paper modeled the spread process of epidemic influenza in the United States.
• I examined spatial and population-based clustering at different times in a season.
• Spatial clustering was only important at the peak of annual influenza waves.
• Certain sections of the US had significant interstate spread throughout a wave.

Understanding the quantitative disease dynamics of influenza is important in developing strategies to control its spread. This research analyzed the dominant spread process of epidemic influenza in the continental United States over a 41-year period. Spatial autocorrelation and simple correlation were applied to pneumonia and influenza mortality to observe the effect of distance and population on the between-state transmission of seasonal influenza. Annual influenza epidemics exhibited distance-based spatial spread at the peak of activity, but did not undergo significant population-based spread at any point. Geographically-close states (<500 miles) showed higher correlations in the start, peak and end of annual epidemics compared with geographically-distant states. Additionally, significant local clustering was found in the Midwest, Ohio River Valley and Northeastern regions as well as Nevada and Utah throughout an influenza season. This research may be combined with others in order to determine the main epidemic pathways of seasonal influenza in the US.