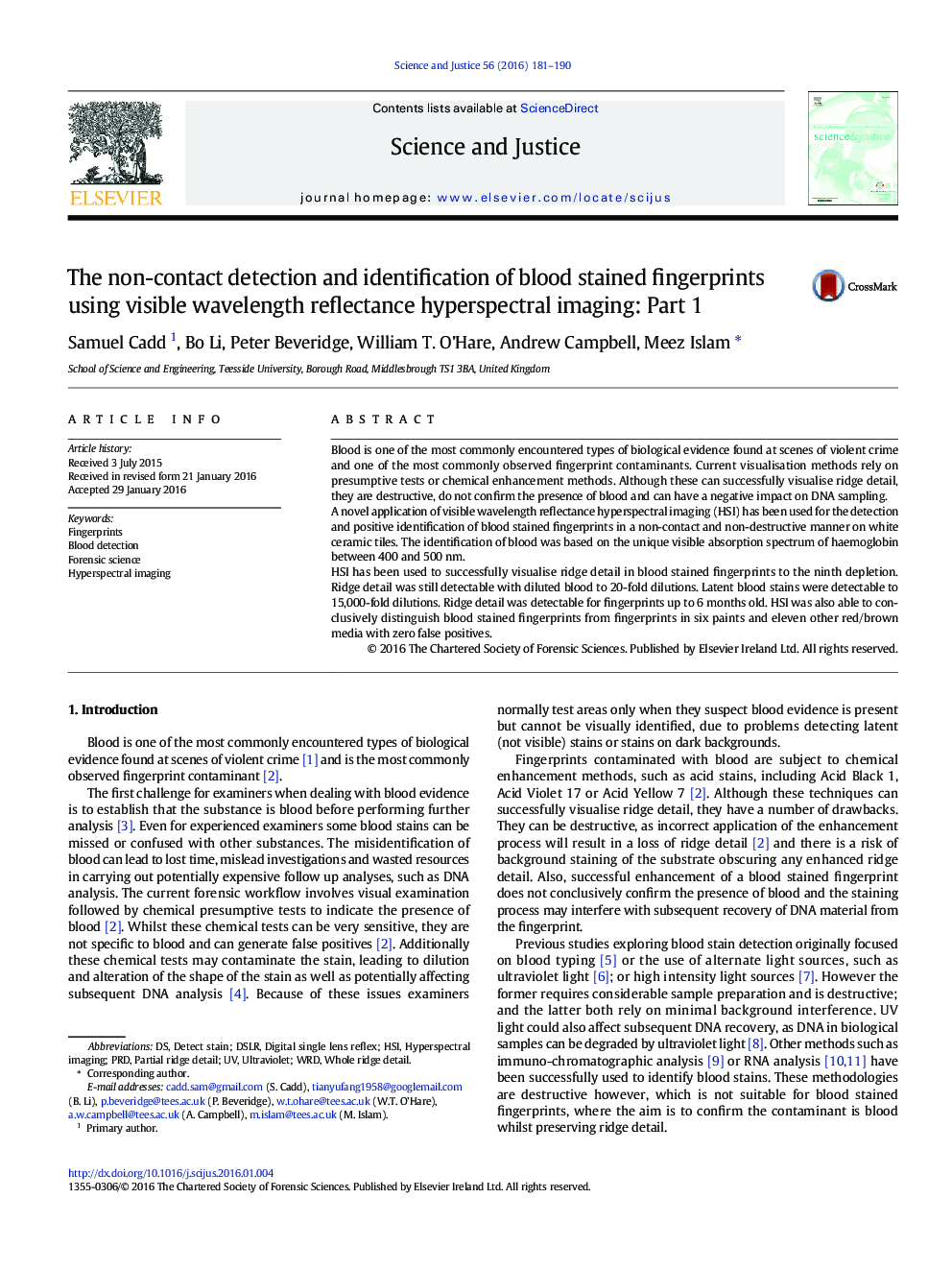 Blood is one of the most commonly encountered types of biological evidence found at scenes of violent crime and one of the most commonly observed fingerprint contaminants. Current visualisation methods rely on presumptive tests or chemical enhancement methods. Although these can successfully visualise ridge detail, they are destructive, do not confirm the presence of blood and can have a negative impact on DNA sampling.A novel application of visible wavelength reflectance hyperspectral imaging (HSI) has been used for the detection and positive identification of blood stained fingerprints in a non-contact and non-destructive manner on white ceramic tiles. The identification of blood was based on the unique visible absorption spectrum of haemoglobin between 400 and 500 nm.HSI has been used to successfully visualise ridge detail in blood stained fingerprints to the ninth depletion. Ridge detail was still detectable with diluted blood to 20-fold dilutions. Latent blood stains were detectable to 15,000-fold dilutions. Ridge detail was detectable for fingerprints up to 6 months old. HSI was also able to conclusively distinguish blood stained fingerprints from fingerprints in six paints and eleven other red/brown media with zero false positives.