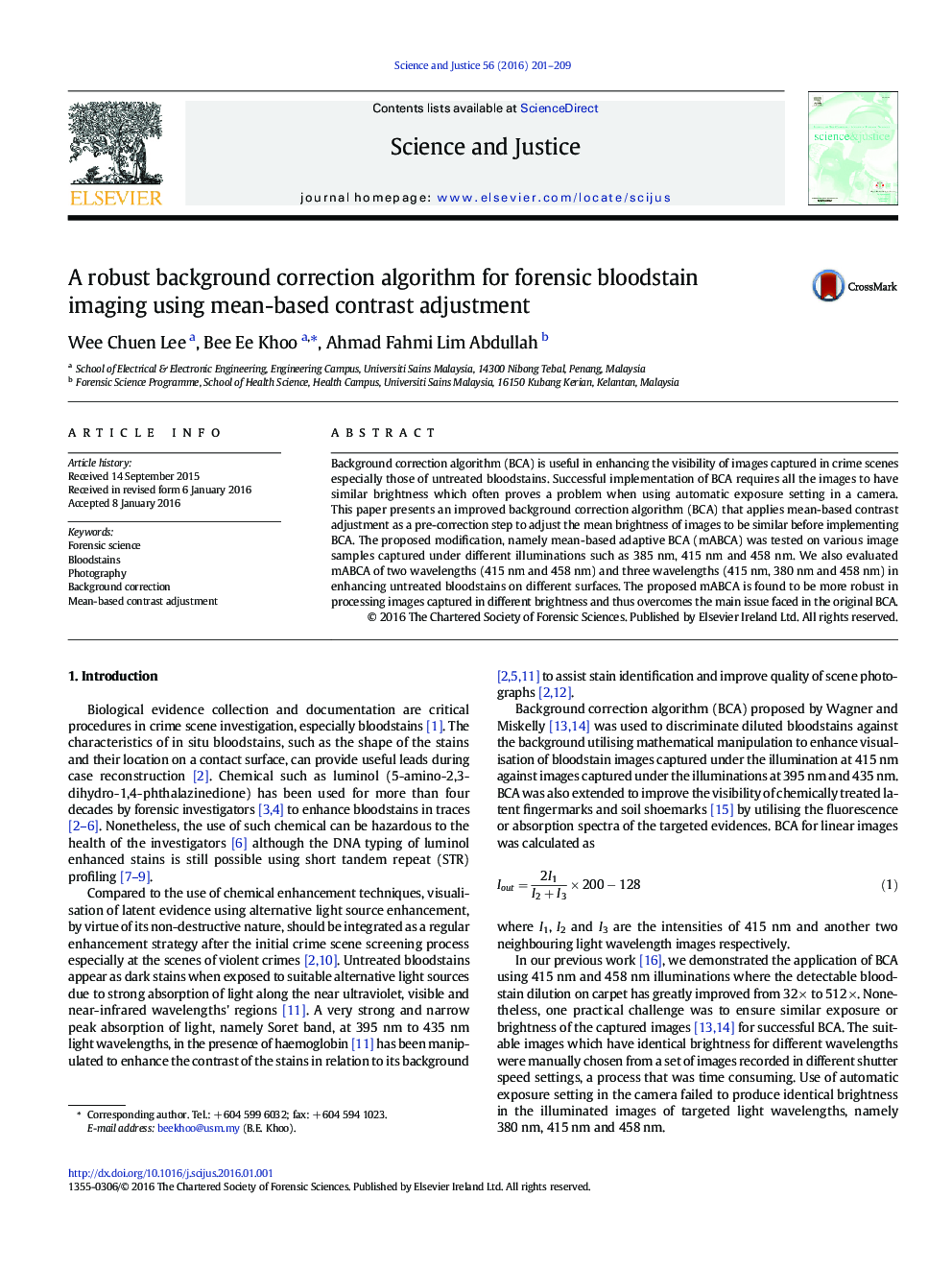 • A new background correction algorithm (BCA) for bloodstains is proposed.
• Original BCA would fail when processing images with different brightness.
• Mean-based contrast adjustment is applied to BCA to improve its robustness.
• Images captured in different brightness can be processed through this modification.
• This modification would ease the documentation of bloodstains in crime scene.

Background correction algorithm (BCA) is useful in enhancing the visibility of images captured in crime scenes especially those of untreated bloodstains. Successful implementation of BCA requires all the images to have similar brightness which often proves a problem when using automatic exposure setting in a camera. This paper presents an improved background correction algorithm (BCA) that applies mean-based contrast adjustment as a pre-correction step to adjust the mean brightness of images to be similar before implementing BCA. The proposed modification, namely mean-based adaptive BCA (mABCA) was tested on various image samples captured under different illuminations such as 385 nm, 415 nm and 458 nm. We also evaluated mABCA of two wavelengths (415 nm and 458 nm) and three wavelengths (415 nm, 380 nm and 458 nm) in enhancing untreated bloodstains on different surfaces. The proposed mABCA is found to be more robust in processing images captured in different brightness and thus overcomes the main issue faced in the original BCA.