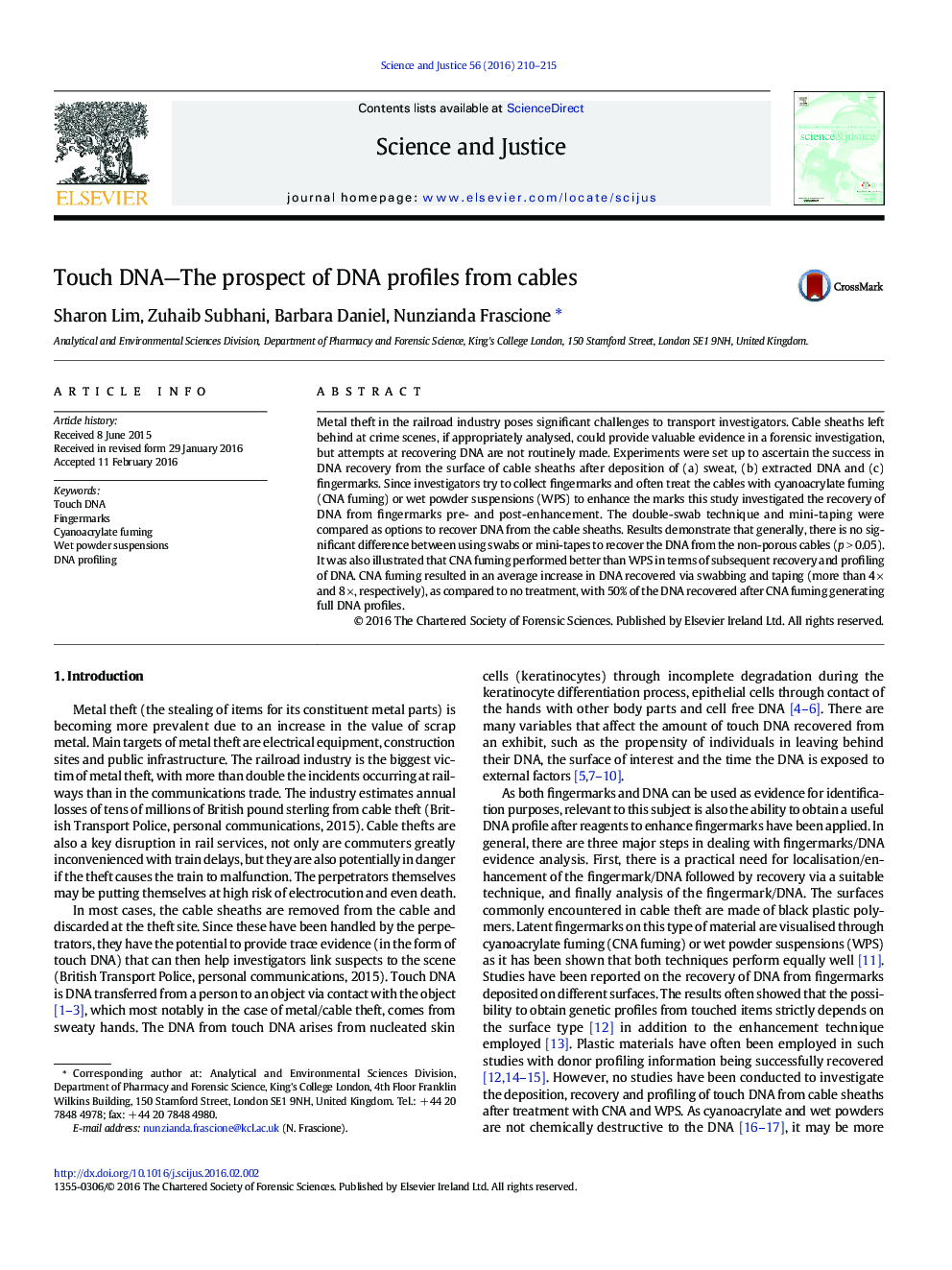 Metal theft in the railroad industry poses significant challenges to transport investigators. Cable sheaths left behind at crime scenes, if appropriately analysed, could provide valuable evidence in a forensic investigation, but attempts at recovering DNA are not routinely made. Experiments were set up to ascertain the success in DNA recovery from the surface of cable sheaths after deposition of (a) sweat, (b) extracted DNA and (c) fingermarks. Since investigators try to collect fingermarks and often treat the cables with cyanoacrylate fuming (CNA fuming) or wet powder suspensions (WPS) to enhance the marks this study investigated the recovery of DNA from fingermarks pre- and post-enhancement. The double-swab technique and mini-taping were compared as options to recover DNA from the cable sheaths. Results demonstrate that generally, there is no significant difference between using swabs or mini-tapes to recover the DNA from the non-porous cables (p > 0.05). It was also illustrated that CNA fuming performed better than WPS in terms of subsequent recovery and profiling of DNA. CNA fuming resulted in an average increase in DNA recovered via swabbing and taping (more than 4 × and 8 ×, respectively), as compared to no treatment, with 50% of the DNA recovered after CNA fuming generating full DNA profiles.