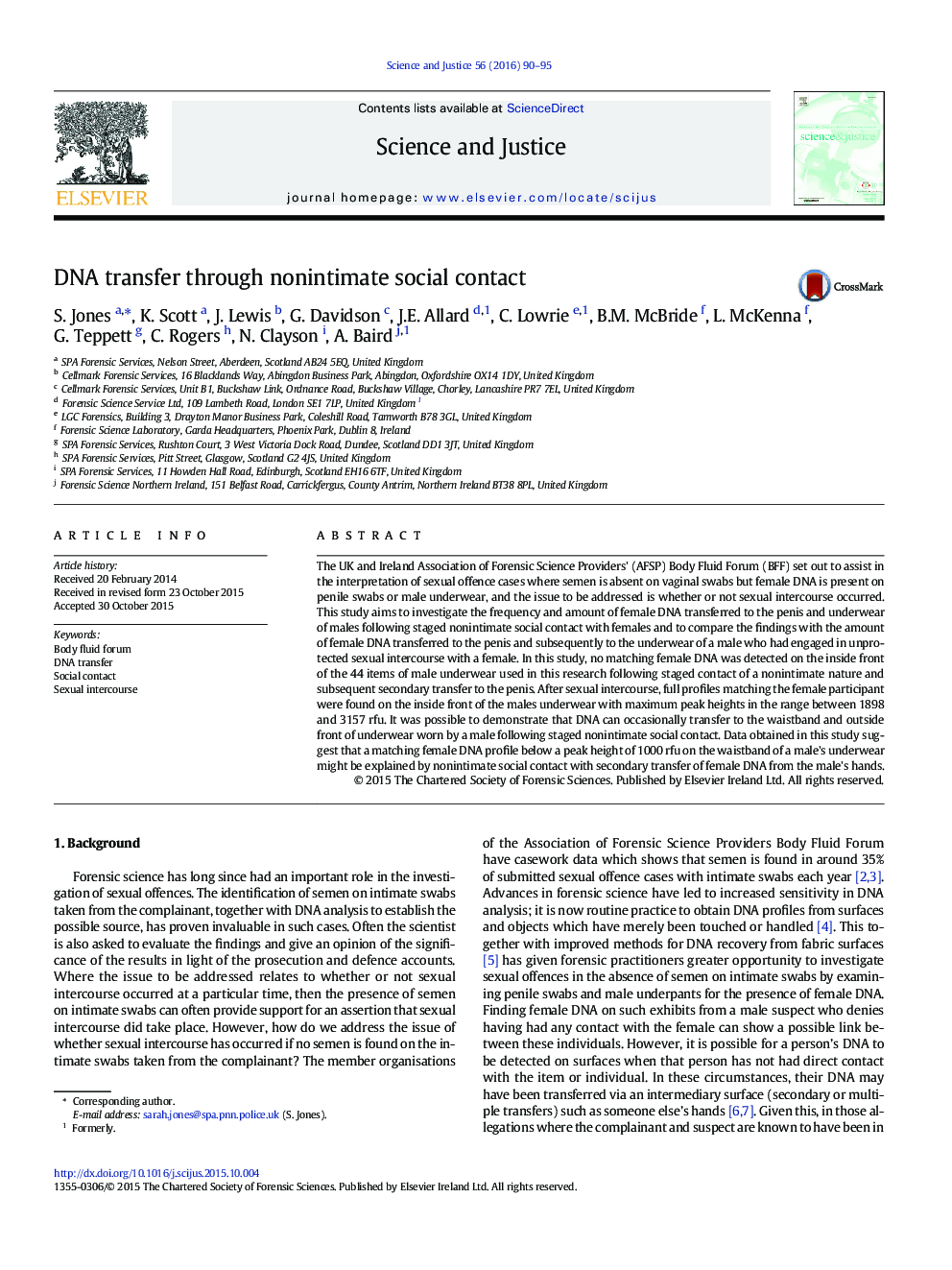 The UK and Ireland Association of Forensic Science Providers' (AFSP) Body Fluid Forum (BFF) set out to assist in the interpretation of sexual offence cases where semen is absent on vaginal swabs but female DNA is present on penile swabs or male underwear, and the issue to be addressed is whether or not sexual intercourse occurred. This study aims to investigate the frequency and amount of female DNA transferred to the penis and underwear of males following staged nonintimate social contact with females and to compare the findings with the amount of female DNA transferred to the penis and subsequently to the underwear of a male who had engaged in unprotected sexual intercourse with a female. In this study, no matching female DNA was detected on the inside front of the 44 items of male underwear used in this research following staged contact of a nonintimate nature and subsequent secondary transfer to the penis. After sexual intercourse, full profiles matching the female participant were found on the inside front of the males underwear with maximum peak heights in the range between 1898 and 3157 rfu. It was possible to demonstrate that DNA can occasionally transfer to the waistband and outside front of underwear worn by a male following staged nonintimate social contact. Data obtained in this study suggest that a matching female DNA profile below a peak height of 1000 rfu on the waistband of a male's underwear might be explained by nonintimate social contact with secondary transfer of female DNA from the male's hands.