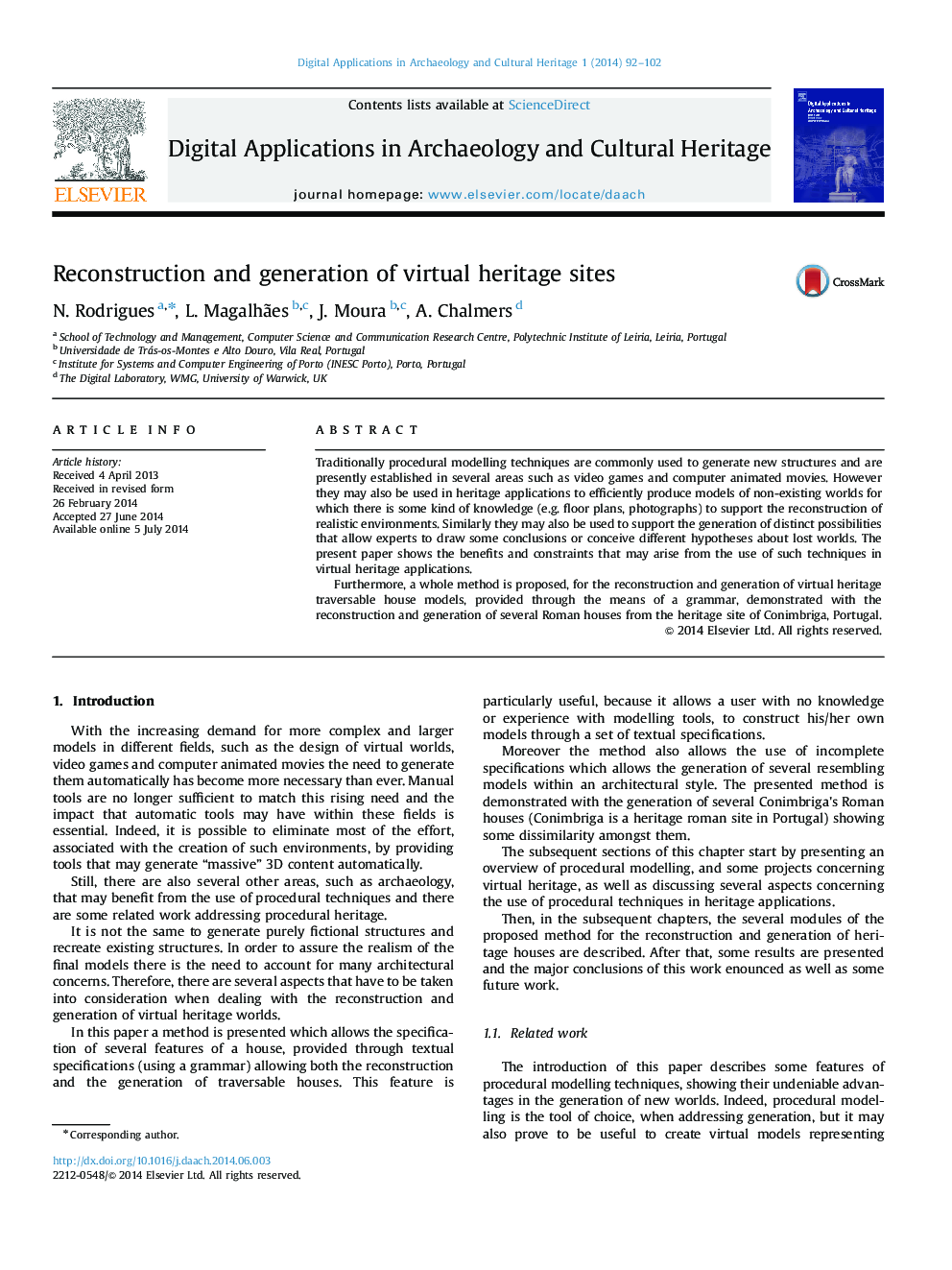 Traditionally procedural modelling techniques are commonly used to generate new structures and are presently established in several areas such as video games and computer animated movies. However they may also be used in heritage applications to efficiently produce models of non-existing worlds for which there is some kind of knowledge (e.g. floor plans, photographs) to support the reconstruction of realistic environments. Similarly they may also be used to support the generation of distinct possibilities that allow experts to draw some conclusions or conceive different hypotheses about lost worlds. The present paper shows the benefits and constraints that may arise from the use of such techniques in virtual heritage applications.Furthermore, a whole method is proposed, for the reconstruction and generation of virtual heritage traversable house models, provided through the means of a grammar, demonstrated with the reconstruction and generation of several Roman houses from the heritage site of Conimbriga, Portugal.