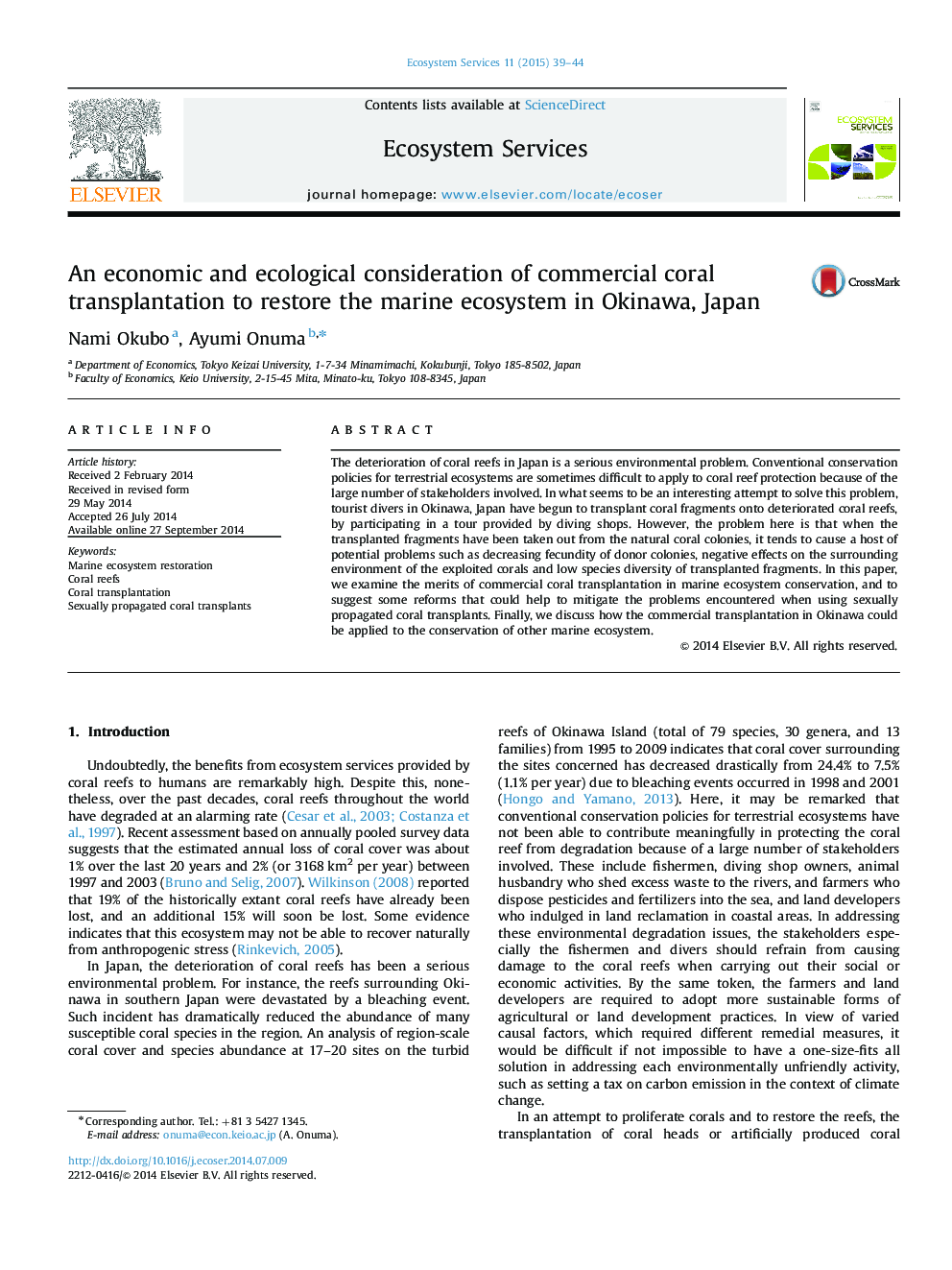 The deterioration of coral reefs in Japan is a serious environmental problem. Conventional conservation policies for terrestrial ecosystems are sometimes difficult to apply to coral reef protection because of the large number of stakeholders involved. In what seems to be an interesting attempt to solve this problem, tourist divers in Okinawa, Japan have begun to transplant coral fragments onto deteriorated coral reefs, by participating in a tour provided by diving shops. However, the problem here is that when the transplanted fragments have been taken out from the natural coral colonies, it tends to cause a host of potential problems such as decreasing fecundity of donor colonies, negative effects on the surrounding environment of the exploited corals and low species diversity of transplanted fragments. In this paper, we examine the merits of commercial coral transplantation in marine ecosystem conservation, and to suggest some reforms that could help to mitigate the problems encountered when using sexually propagated coral transplants. Finally, we discuss how the commercial transplantation in Okinawa could be applied to the conservation of other marine ecosystem.