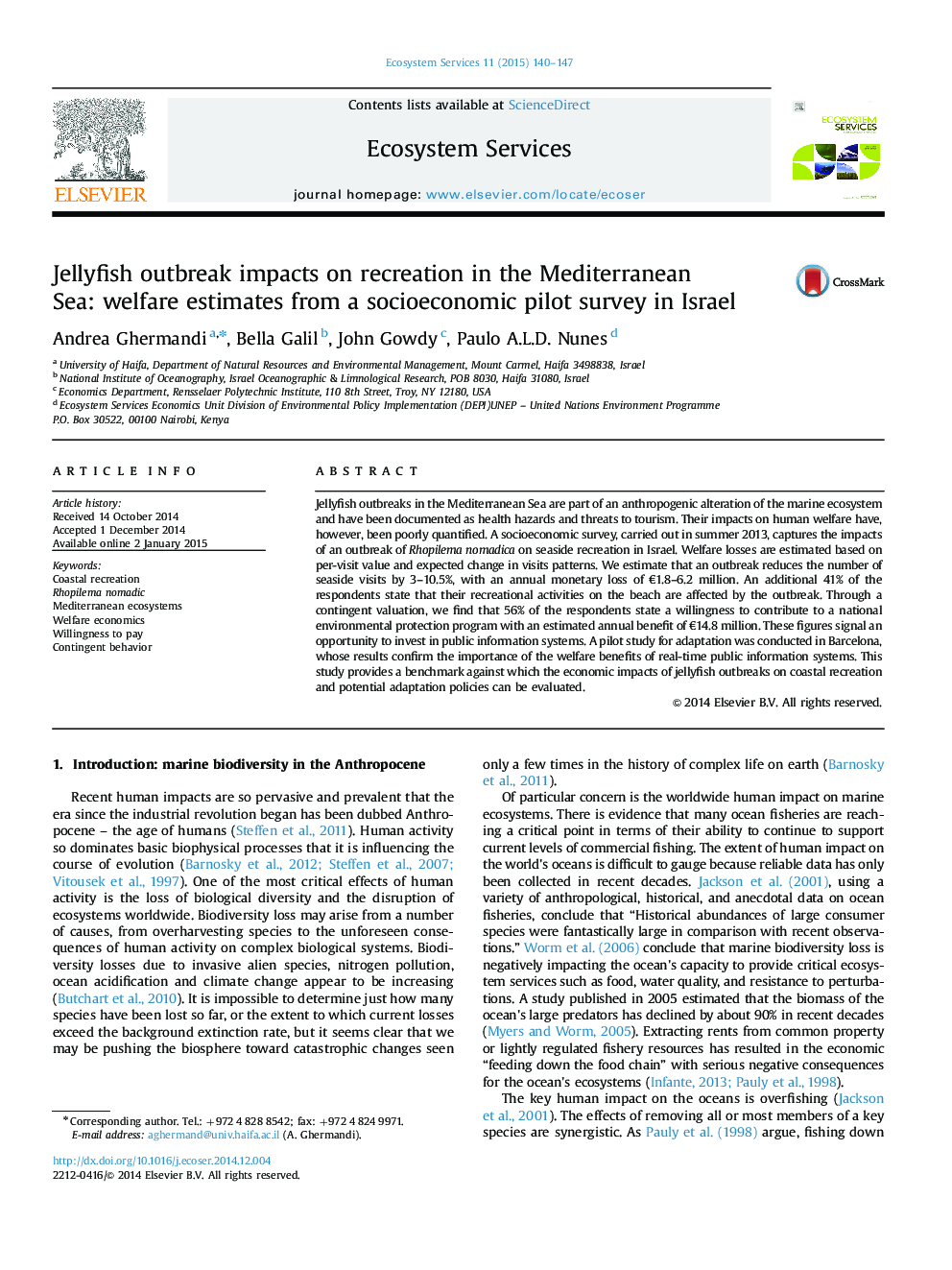 • Jellyfish invasions are increasing because of human impacts on marine ecosystems.
• Jellyfish are causing significant economic losses in the Mediterranean.
• Losses due to the curtailment of beach visits in Israel amount to between 1.8 and 6.2 million € annually.
• These losses can be partially mitigated by carefully targeted information about jellyfish presence.

Jellyfish outbreaks in the Mediterranean Sea are part of an anthropogenic alteration of the marine ecosystem and have been documented as health hazards and threats to tourism. Their impacts on human welfare have, however, been poorly quantified. A socioeconomic survey, carried out in summer 2013, captures the impacts of an outbreak of Rhopilema nomadica on seaside recreation in Israel. Welfare losses are estimated based on per-visit value and expected change in visits patterns. We estimate that an outbreak reduces the number of seaside visits by 3–10.5%, with an annual monetary loss of €1.8–6.2 million. An additional 41% of the respondents state that their recreational activities on the beach are affected by the outbreak. Through a contingent valuation, we find that 56% of the respondents state a willingness to contribute to a national environmental protection program with an estimated annual benefit of €14.8 million. These figures signal an opportunity to invest in public information systems. A pilot study for adaptation was conducted in Barcelona, whose results confirm the importance of the welfare benefits of real-time public information systems. This study provides a benchmark against which the economic impacts of jellyfish outbreaks on coastal recreation and potential adaptation policies can be evaluated.