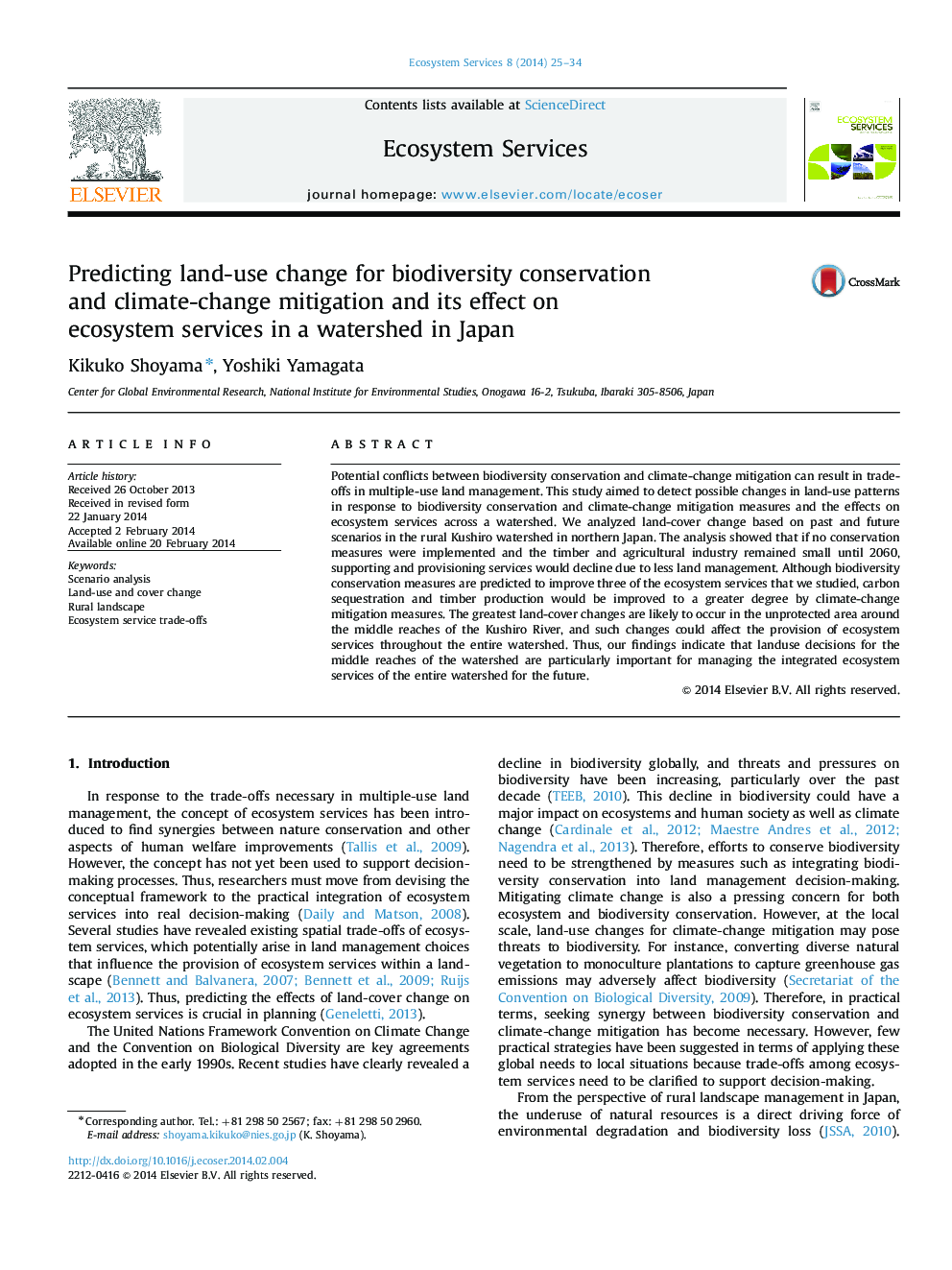 Potential conflicts between biodiversity conservation and climate-change mitigation can result in trade-offs in multiple-use land management. This study aimed to detect possible changes in land-use patterns in response to biodiversity conservation and climate-change mitigation measures and the effects on ecosystem services across a watershed. We analyzed land-cover change based on past and future scenarios in the rural Kushiro watershed in northern Japan. The analysis showed that if no conservation measures were implemented and the timber and agricultural industry remained small until 2060, supporting and provisioning services would decline due to less land management. Although biodiversity conservation measures are predicted to improve three of the ecosystem services that we studied, carbon sequestration and timber production would be improved to a greater degree by climate-change mitigation measures. The greatest land-cover changes are likely to occur in the unprotected area around the middle reaches of the Kushiro River, and such changes could affect the provision of ecosystem services throughout the entire watershed. Thus, our findings indicate that landuse decisions for the middle reaches of the watershed are particularly important for managing the integrated ecosystem services of the entire watershed for the future.