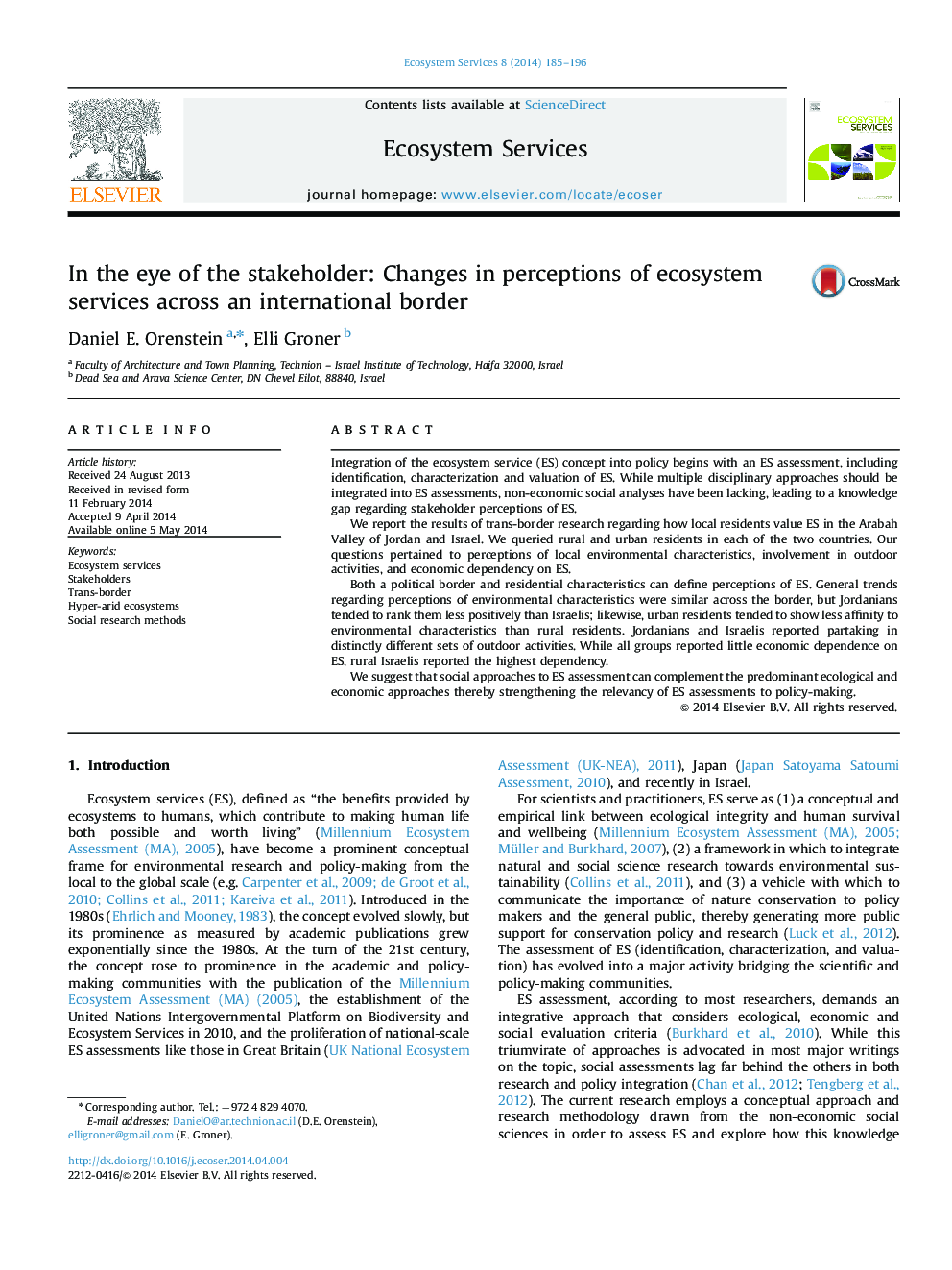 Integration of the ecosystem service (ES) concept into policy begins with an ES assessment, including identification, characterization and valuation of ES. While multiple disciplinary approaches should be integrated into ES assessments, non-economic social analyses have been lacking, leading to a knowledge gap regarding stakeholder perceptions of ES.We report the results of trans-border research regarding how local residents value ES in the Arabah Valley of Jordan and Israel. We queried rural and urban residents in each of the two countries. Our questions pertained to perceptions of local environmental characteristics, involvement in outdoor activities, and economic dependency on ES.Both a political border and residential characteristics can define perceptions of ES. General trends regarding perceptions of environmental characteristics were similar across the border, but Jordanians tended to rank them less positively than Israelis; likewise, urban residents tended to show less affinity to environmental characteristics than rural residents. Jordanians and Israelis reported partaking in distinctly different sets of outdoor activities. While all groups reported little economic dependence on ES, rural Israelis reported the highest dependency.We suggest that social approaches to ES assessment can complement the predominant ecological and economic approaches thereby strengthening the relevancy of ES assessments to policy-making.