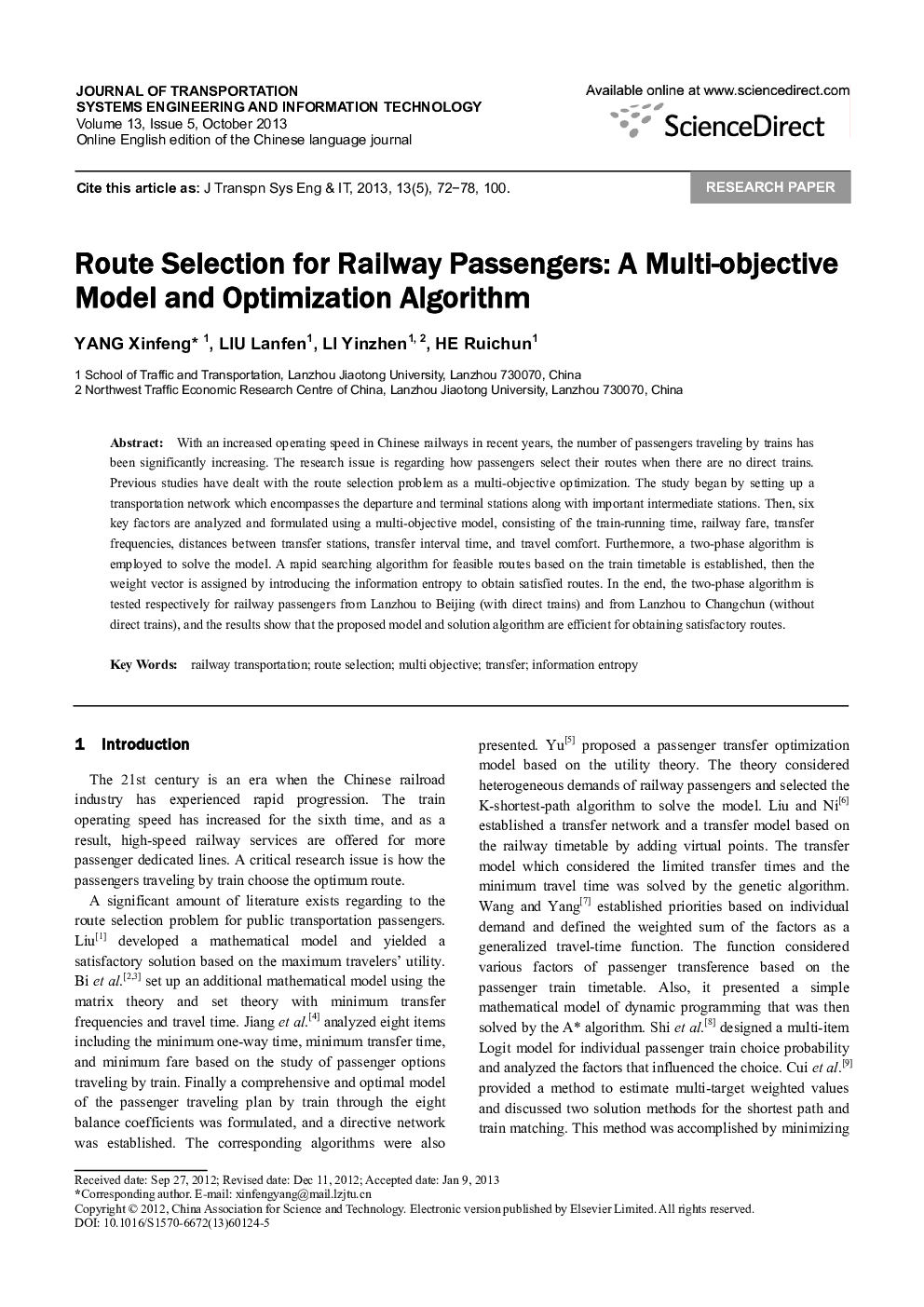 With an increased operating speed in Chinese railways in recent years, the number of passengers traveling by trains has been significantly increasing. The research issue is regarding how passengers select their routes when there are no direct trains. Previous studies have dealt with the route selection problem as a multi-objective optimization. The study began by setting up a transportation network which encompasses the departure and terminal stations along with important intermediate stations. Then, six key factors are analyzed and formulated using a multi-objective model, consisting of the train-running time, railway fare, transfer frequencies, distances between transfer stations, transfer interval time, and travel comfort. Furthermore, a two-phase algorithm is employed to solve the model. A rapid searching algorithm for feasible routes based on the train timetable is established, then the weight vector is assigned by introducing the information entropy to obtain satisfied routes. In the end, the two-phase algorithm is tested respectively for railway passengers from Lanzhou to Beijing (with direct trains) and from Lanzhou to Changchun (without direct trains), and the results show that the proposed model and solution algorithm are efficient for obtaining satisfactory routes.